This story also appeared in Money

If you were to ask Sandra Kerley how important it is that she’s able to get textbooks for free, she would tell you that this seemingly minor benefit is “life changing.”

“It helps us pay the electricity bill,”said the 35-year-old Kerley, a third-year business administration student at Tidewater Community College in Virginia. “It helps us put food on the table for the kids. It helps us buy other supplies for class.”

Kerley uses Tidewater’s “Z Degree” program, which relies solely on free, open-source textbooks to eliminate a substantial and growing part of what’s driving up the cost of college: the often prohibitive expense of class materials.

Lowering the price of textbooks has long been something reformers see as a way to help students burdened by rising tuition. The cost of new printed textbooks continue to rise—up more than 7 percent last year alone, according to the Bureau of Labor Statistics, and 82 percent between 2002 and 2012, as calculated by the Government Accountability Office, the non-partisan research arm of Congress.

There are some estimates, however, that textbook costs may be going down. Between 2011-2012 and 2013-2014, the U.S. Department of Education contends, the average amount students spent on books and supplies declined by 2 percent at public, four-year universities and colleges and a little less than 1 percent at private non-profit institutions.

There are several reasons students may be paying less for books even as the cost of new texts is going up. First, more and more are renting their course materials instead of buying them, which can save hundreds of dollars throughout the course of an education. In 2009, roughly 300 campuses had rental programs. Today, more than 3,000 colleges and universities do, according to the U.S. Public Interest Research Group, or PIRG.

Five ways to save money on college textbooks:

1. Comparison shop. Check out the different ways you can get your hands on a particular book. The electronic edition could be cheaper than the rental or vice versa. And buying it online could cost less than shopping at the campus bookstore.

2. Shop early. Stores sell out of their used stock quickly, so if you don’t want to shell out cash for a new book, beat the crowds to get a used one.

3. Get to know the library. Many professors will put copies of textbooks on reserve so you don’t have to buy them in the first place.

4. Read the fine print. You may think you found a deal, but make sure you’re buying the right edition. And, for e-books, check to see how long you’ll have access to the materials.

That has pushed down prices throughout the rest of the market, said Richard Hershman, vice president for government relations at the National Association of College Stores. “Textbook rental programs …[have] created a lot of residual competition and forced publishers to sell digital products at better prices.”

Second, the 2008 reauthorization of the Higher Education Opportunity Act required publishers to disclose their prices to faculty or whoever is in charge of selecting course materials. Universities and colleges, in turn, have to list that information on their online course schedules so students can start shopping around early.

But other reasons for the decline in what students pay for textbooks are more troubling, said Nicole Allen, director of open education at the Scholarly Publishing and Academic Resources Coalition, an alliance of research libraries based in Washington, D.C.

“There is a really alarming trend of a lot of students not buying their textbooks because the price is too high,”Allen said. “Overall student spending on textbooks may be down, but the question is how much of that is because students haven’t bought the books they were supposed to because they can’t afford them.”

That trend was confirmed by a report released last year by PIRG, which surveyed more than 2,000 students at 150 universities and found that roughly 65 percent had decided against buying a textbook at some point because it was too expensive.

Groups including PIRG are advocating for more open-source textbooks, which would be free to students online and relatively cheap to download.

Tidewater isn’t the only school that has started to integrate these materials into their courses. The University System of Maryland ran a pilot program last spring at the behest of its student council. Eleven faculty members from seven institutions across Maryland participated. Roughly 1,100 students saved about $130,000 in just one semester.

“Faculty are open to this, and they are eager to do what they can to cut costs for students, but they have to balance that against quality of the materials,”said M.J. Bishop, director of the Center for Academic Innovation. “That will be the biggest hurdle going forward.” 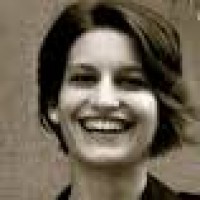