For first-generation students, the dream of going to college is fraught. It’s hard just to get there.

The average school-counselor-to-student ratio in the country is 484 to 1, and this lack of support hinders students as they attempt to continue their studies beyond high school. My Brooklyn high school was no different. It did not have enough counselors to help students with the college search and application process.

Most students in my school were recent arrivals from the Dominican Republic who did not speak much English. College was just another foreign word. Then it became a dream for  every student in our school. Here’s what happened:

During my junior year, a nonprofit called Cypress Hills Local Development Corporation came in and offered to run a peer college counseling program. When asked if I wanted to work with the organization in my school as a peer counselor, I said “yes.” (My experience is documented in the film Personal Statement.) I knew peer counselors were needed, but I didn’t have much of an idea of what that implied.

I had moved to the United States from the Dominican Republic when I was 12 years old with my father and my two younger siblings. Adapting to a new culture while also learning English was incredibly difficult. Being the oldest of three meant that I had a lot on my plate. After school I had to go home and serve as a mom: cooking, cleaning, checking up on my sister who, for nearly four years, was emotionally unstable, and facing my father’s biggest enemy —  his alcohol addiction.

Having to deal with so much at home, though, prepared me for everything that came next. I knew that whatever happened, I’d be OK. But I also knew that other students in my school needed more help. What I didn’t realize in helping others was how much I was also helping myself.

In the summer after my junior year, I began training to be a peer counselor. I was learning everything that students needed to know to apply to college and for financial aid. I also got extra one-on-one support from my supervisor, who helped me constantly, both academically and mentally. I now had something that most public school students throughout the country don’t have: a strong support network to guide me through the complex process of applying to college.

“I had moved to the United States from the Dominican Republic when I was 12 years old with my father and my two younger siblings. Adapting to a new culture while also learning English was incredibly difficult.”

I also know that more students from my school went to college because of the support I provided. For me, it wasn’t just a job, it was a mission — because I have known way too many students who never went to college.

One of my students, Luz, was too shy to go visit a college campus. She was nervous and embarrassed by her accent. I took a Saturday off from my other responsibilities and accompanied her on a tour of a community college. The opportunity to envision a future for herself in college, and the support she needed to get there, made a difference for Luz. She became more engaged in class and even started to speak in English every time she saw me.

I continue to do everything I can to create more college awareness. For too long, nothing has been done about it. As a community, we are failing young people.

If we want to make America great again, let’s begin by making college accessible to everyone.

This story on the guidance gap was produced by The Hechinger Report, a nonprofit, independent news organization focused on inequality and innovation in education. You can learn more about Karoline Jimenez’s experience in the feature-length documentary film Personal Statement (for further information, sign up for Hechinger’s newsletter.)

Karoline Jimenez continued to work with Multicultural High School as a college coach and Summer Bridge coach while attending Borough of Manhattan Community College, graduating in December 2017 with an associate degree in writing and literature. While at BMCC, she also formed part of the LGBTQ+ club, as well as the writing club. In January 2018, she began attending SUNY New Paltz, before transferring to her current school, Stella Adler Academy of Acting & Theatre – Los Angeles, in January 2019. She is 21 years old. 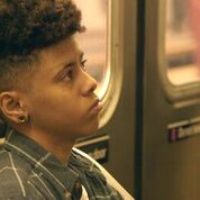