Like many students who choose community college, I factored cost into my decision.

In 2008, my family was heavily invested in real estate just before the market crashed. That investment collapsed, leading to a lot of debt. But I grew up in an area of Orange County, California, where most high-school seniors are pushed to continue their education by going to a California State University, a University of California campus or one of many private institutions.

An option that many don’t know about, or fully consider, is community college. My parents have good jobs but not the means to pay expensive tuition. Starting at a high-cost college would have meant adding more debt, so I opted for what is often known in my state as a transfer institution: A California community college from which four-year colleges and universities will accept “certification” that a student has fulfilled lower-division general education requirements.

Even so, I initially bought into the idea that I was making a sacrifice by giving up the “college experience.” That was because I did not have a clue what community colleges had to offer. My initial focus had been U.C. Irvine or the University of Southern California, and this was not just my personal preference. These institutions were presented by  counselors, teachers and other influencers as “the” option.

Not surprisingly, given the bias among trusted advisers, many students lack knowledge about community-college offerings or act as if your entire future is jeopardized if you don’t go directly to a “prestigious” university.

In fairness, many of California’s private institutions are great. Californians are doubly fortunate to have excellent public systems granting bachelor’s, master’s and doctoral degrees. Yet we harm our students and our communities by ignoring the excellent colleges in our own backyards. What possible purpose does it serve to steer students away from the most affordable — and, I would argue, impactful — system of higher education in the state?

It’s not as if we are unaware of the costs associated with an elite college experience. In the United States, the student debt crisis is prevalent, as 44 million students have outstanding student loan debt totaling $1.5 trillion. Profit-seeking has eroded public trust in all of higher education. Good institutions are now lumped in with the bad.

We need an answer to ever-escalating costs and the scourge of bad actors waiting to exploit would-be students. Thankfully, we have a solution ready and waiting: California community colleges. Most resident-students can choose community college and, if they attend full-time, go at no cost. Even among those who do pay, the tuition for a community college in California is about $1,100 per year for full-time residents, according to the Public Policy Institute of California. Compare that to $7,000 at a Cal State campus, $14,000 at a U.C. campus or private tuition that can easily exceed $50,000.

There is a lot of life to be had at community colleges. Orange Coast offered me the opportunity to be a collegiate rower and part of the student government. One of the three honors societies that I joined, Omega Psi Sigma, gave students a chance to engage directly with our state legislators. And today I represent my peers as student trustee of the Coast Community College District, which has been an amazing experience.

I  also expect to have a great university experience after community college. Some 58 percent of Orange Coast students transferred in 2018 to four-year institutions, and many of those transfers were to prestigious universities such as UCLA, Cornell, Notre Dame and Northwestern.

Even though it is optimal to choose community college, enrollment in California community colleges has declined by nearly 20 percent since 2008-09. Some of that can be traced back to economics and demographics, but some of that is simply the result of bias.

I understand the doubts of many high-school seniors, as someone recently in that position myself. But community college has given me a chance to continue my education at an affordable price, with some excellent experiences along the way. I feel well-prepared for my next step, which will probably be transferring to USC or Chapman University.

Community college has offered me a second chance in life to expand my opportunities and become a better person. I encourage high-school seniors to explore of all their options and not just follow the crowd into massive amounts of debt.

In the wise words of Mark Twain, “Whenever you find yourself on the side of the majority, it is time to pause and reflect.”

This story about California community colleges was produced by The Hechinger Report, a nonprofit, independent news organization focused on inequality and innovation in education. Sign up here for our newsletter. 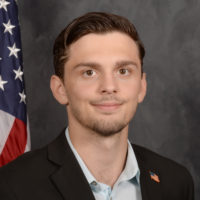