Sixth grade can be a difficult year, filled with plenty of pre-teen angst and drama.

Students are engaged in a constant battle, trying to find their own voices without drawing too much attention to themselves.

They are anxious. Their parents are even more anxious.

As a sixth-grade mathematics teacher, I see my job as easing this transition and getting everyone excited about what is to come. So, at the beginning of each new school year, I work tirelessly to prepare for Open House night to make that all-important first impression. In the past, though, I found that no matter how hard I worked, I usually fell short of my own expectations. There were too many faces, names and handshakes. It’s always a busy night — sometimes too busy.

Related: America’s math problem: Should we get rid of algebra?

Last year, I decided to do something different to set the tone for the school year: Parent Math Night! There was a lot to get excited about. I had begun using a new problem-based curriculum called Illustrative Mathematics (IM) 6-8 Math, which is available as an open educational resource. Even though it meets expectations across all three review categories — focus and coherence, rigor and mathematical practices, and usability — at EdReports.org, I worried that parents might be skeptical about a new curriculum. I was also concerned that they might have questions about its problem-based, discourse-driven approach to learning math, which is quite different from the traditional “stand-and-deliver” model of instruction that most of us grew up with.

So, last summer, I created a lesson plan for my first Parent Math Night. My goals were to mirror the problem-based lessons I lead in my math classes, and to show families what a problem-based learning (PBL) structure is, how it works and why it is necessary for my students to be problem-solvers.

Two weeks after our school-wide Open House, I invited all of my students’ parents to Parent Math Night. Eighteen parents showed up, which I was happy about because it was more than I had anticipated. All of the parents arrived with their own mathematical identities and experiences, just like students do on the first day of school. They also wanted to know two things: What do I need to know to set up my child for success in math this year? And how can I continue to support him or her throughout the school year? Instead of simply telling them, I showed them firsthand.

I started my Parent Math Night lesson by asking the question, “What does it mean to you to ‘do math’?” I received responses like “adding, subtracting, multiplying and dividing numbers” and “using numbers to solve problems.” I then informed the parents that I would be using a PBL structure to present the material and that we would revisit the question at the end of the session. This way, we could focus on the math and math learning rather than a boring monologue on procedures and policies.

Before we began the lesson with the first activity, I informed parents that we would be engaging with sixth-grade mathematics and that they had to support their answers with evidence. I went through the standard time allotment, gave instructions as if they were my sixth-graders, got some sarcastic responses and then released them to do their own thinking and sharing with a partner.

Related: COLUMN: If girls are bad at math, should we blame their mothers?

They didn’t know what was going to happen, but I did. They were engaged. They were talking. They were arguing. They were productively struggling. They were laughing and enjoying themselves. By the end of the lesson, I had each parent hanging on every word I said. I had their attention, interest and support, which was gratifying because these were things I had struggled with in years past.

We then revisited the question from the beginning of our session: “What does it mean to you to ‘do math’?” Their answers changed to include “working together to solve problems,” “working together to share ideas and different processes to come to the same conclusion” and “to struggle, but to support each other’s learning.”

I walked away knowing that I had shifted their perspectives and that they now had a different idea about what it means to “do math.” They understood what a problem-based lesson looks and feels like. They saw the advantages of having students do math in a problem-based curriculum instead of a more traditional lecture-and-practice format.

Overall, a third of my students were represented at Parent Math Night. Those parents then took what we did that night and shared it with the two-thirds who were unable to attend.

I will continue Parent Math Night. I’d always wanted to do something with an impact to help parents start the year on a high note, and this was it. It is imperative to gain support and trust from parents, just as it is with students. Doing this permits communication to flow freely. It allows future situations and concerns to be addressed, knowing that caring is at the foundation of each discussion. Sharing mathematical experiences unites students, and it unites parents, too. It strengthens the school/home partnership and sets the stage for a supportive yearlong relationship of math learning.

This story about sixth-graders and math was produced by The Hechinger Report, a nonprofit, independent news organization focused on inequality and innovation in education. Sign up for our newsletter.

Robert Eiselstein is a sixth-grade mathematics teacher in Wilton, Iowa. He holds a position as a model teacher, assisting new and veteran teachers in mathematics, technology, number talks and collaborative teaching strategies. 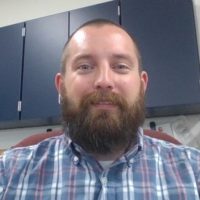 Robert Eiselstein is a sixth-grade mathematics teacher in Wilton, Iowa. He holds a position as a model teacher, assisting new and veteran teachers in mathematics,… See Archive