Tennessee has been at the epicenter of national education reform efforts in recent years, but there’s still debate about how much these changes have improved student learning. Test scores have been rising, according to the state Department of Education, but some teachers and administrators feel that the rapid pace of change has led to low morale.

Helping struggling students: A view from one math teacher’s classroom

Now there’s a new player in town, the Common Core standards. While many educators have embraced them, others worry that their impact won’t be clear until 2015 or later. That’s because this school year, schools will still use the Tennessee Comprehensive Assessment Program (TCAP) whose tests weren’t designed to reflect material in the Common Core.

Some teachers and administrators are already concerned about how to negotiate differences between the old testing program and the new standards. Fifth-grade math teacher Holly Gailey, who has been at Nashville’s Rose Park Magnet Middle School for 15 years, has seen the curriculum change dramatically since her first days in the classroom. Many of those changes have been good ones, she says, but she’s worried that the TCAP will test concepts not in the Common Core. “Who is going to fill that gap?”

The TCAP “has to be relevant because our school and our teachers are judged and evaluated on those tests,” says Sarah Shepherd, an instructional coach at Rose Park. “You have to make sure for the kids that they get what they need.”

Emily Barton, assistant commissioner of curriculum and instruction for the state Department of Education, thinks that the gap won’t be as great as some educators fear. Barton, who is in charge of the transition to the Common Core, says that the state has been “narrowing” the TCAP “to mimic only the content that is on the Common Core.”

“If you teach Common Core, you will cover everything that is on the TCAP,” Barton says.
Any gap that does exist should disappear by the 2014-15 school year, when the state switches over to a test aligned with Common Core standards.

That testing system was created by a group called the Partnership for Assessment of Readiness for College and Careers (PARCC). Like the Common Core, it is a consortium of states—in this case, 19 including Tennessee—that educate about 22 million students.

Tennessee was a founding member of PARCC, and state education officials say the state has been involved in the test’s design since the beginning. PARCC will replace TCAP in math, reading and writing for grades 3-11, state officials say.

The PARCC tests in math and English are designed to reinforce the philosophy behind the Common Core—more critical thinking, a deeper understanding of math concepts and a greater use of evidence by students in their writing.

One of the big obstacles in switching to the PARCC test has been the fact that it’ll be administered online, which means every school must have enough computers for use by all students.

In the last budget season, Gov. Bill Haslam set aside $51 million for schools to upgrade their technology, which state education department spokesperson Kelli Gauthier says should be enough to meet PARCC’s requirement of one computer for every six or seven students.

But this year, some states that jumped ahead to adopt online tests experienced major technical glitches that interrupted the administration of tests to thousands of students.

Several states—including Alabama, Georgia, Oklahoma, Pennsylvania and Utah—have recently backed away from using the Common Core tests because of concern over costs.

The current cost of administering tests varies widely among states, but the new tests will cost from $22.50 to $29.50 per student. Gauthier says that the PARCC test will cost the state $21-25 million, compared to an estimated $20 million that TCAP would cost if the state were to continue using it.

Another hurdle when the scores for the new tests come out will be managing expectations. States that have already launched tests aligned to the Common Core have reported significant dips.

Teachers in Tennessee, whose evaluations depend in part on test scores, are also concerned. Leaders of both national teachers unions have asked states to slow down the process. In April, Randi Weingarten, president of the American Federation of Teachers, called on policymakers “to put our foot on the accelerator of high-quality implementation and put the brakes on the stakes.”

But Gauthier says teachers shouldn’t worry because the state evaluation system is based on a number of measures, including classroom observations. She said that the portion dependent on test scores will use data from both tests for a while since it’s based on three years of results.

Even if Common Core does indeed fulfill its promise, indicators of student performance might get worse before they get better. But at least this time, Tennessee won’t be alone since all of the states that have adopted the Common Core standards are likely to experience the same problem. 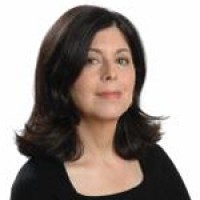