In November, Mississippi voters choose between two ballot initiatives to decide whether to change their constitution. The first, created by nonprofit 42 for Better Schools, requires the Legislature uphold a 1997 law on adequate school funding. The alternative initiative mandates funding an “effective system of free public school” and does not force the Legislature to fund schools beyond what it sees fit.

Mississippi Gov. Phil Bryant has signed an emergency declaration for the state’s Tunica County School District, allowing the Mississippi Board of Education to take over the district, abolish the existing school board and superintendent, and implement corrective actions. The failures in this Delta school district extend beyond academics, would repulse any parent, and are heartbreaking for the children involved. In one of the poorest regions of the nation, the Tunica County School District spends $11,471 per student per year. That is almost $2,500 more per student than the Mississippi average and almost $4,500 more than neighboring DeSoto County, one of the highest performing districts in the state.

This story is all too common in Mississippi. The worst performing public school districts in the state are given considerably more money than the best performing districts, and yet, this extra cash has not pulled these schools off the bottom. Far from it, unfortunately. Here, public school districts rated “F,”which Tunica was until moving up to a “D” this year, spend on average about $2,000 more per student than those districts rated “A.”

As a nation, we are spending more money on public education than ever before. According to the U.S. Department of Education, the total amount spent on the K-through-12 education of a student has increased 189 percent since 1970, and that’s after adjusting for inflation. In Mississippi, spending has increased 160 percent over the same period of time. Yet, with all this new education spending, our state’s abysmal ACT and SAT scores have remained virtually unchanged since 1970.

Related: The kids are the losers if Initiative 42 does not pass

Despite these sobering facts, there has been a constant refrain from mostly Democrats over the last decade claiming that Mississippi is not spending enough money on education and should “fully fund” the Mississippi Adequate Education Program, also known as MAEP. It should be noted that the MAEP funding formula was passed into law by a Democrat controlled Legislature in 1997 (over a Republican governor’s veto). The same Democrat controlled Legislature only “fully funded” this formula one time in the six years they controlled both chambers of the Legislature and the purse strings of state government. Now that Republicans are in control, it is suddenly a critical issue to Democrats.

“The harmful impact of placing the court in charge of Mississippi’s public education system could be dramatic and devastating.”

Have Republicans slashed funding for education since they took control? Absolutely not! Republicans have increased spending on education every single year since they took control in 2011. However, the new leadership has not written the education bureaucracy a blank check. While increasing overall spending, Republican leaders have passed a number of evidence-based, student-centered, education reforms to ensure more money gets to the classroom, our teachers are given a pay raise, and students have more quality education options than ever before.

Ahead of this year’s state elections, a liberal group was able to collect enough signatures to put Initiative 42 on the November ballot. Supporters claim Initiative 42 will force increased state spending on education and serve as a miracle tonic for underperforming public schools. They also claim it will not require cuts to other state programs or an increase in taxes. Unfortunately, the facts paint a far different picture of the potentially devastating impact of Initiative 42.

So what would Initiative 42 actually do? First, it would amend the constitution to mandate that all children receive an “adequate and efficient” public education. Then, it removes the Legislature from its current policy-making role and gives a chancery judge absolute power to determine what is adequate and efficient. In practice, a single judge in Hinds County (the seat of state government in Mississippi) would have virtual unchecked power to structure the substance and financing of Mississippi’s public education system – cutting the rest of the state’s voters and their elected representatives out of the education policy-making process altogether.

The harmful impact of placing the court in charge of Mississippi’s public education system could be dramatic and devastating. Initiative 42 contains no phase-in provision for new resources. Representative Herb Frierson, chairman of the Mississippi House Appropriations Committee, recently told all state agency heads to prepare for a 7.9 percent budget cut if this amendment passes. The Mississippi Constitution prohibits the judicial branch from raising taxes, so the money would have to come from somewhere; that’s simple math. Frierson is exactly right to notify agencies and the public about the fiscal impact of such a measure.

As the public school disaster in Tunica County demonstrates: Money alone cannot solve Mississippi’s education woes. If voters think additional money will help, they should reward the Republican leadership for all the increased classroom spending these past four years.

If voters don’t like the policies their legislators are adopting on education funding issues, then they can vote them out of office – that’s the American way. But amending the state’s constitution to undermine political accountability and put courts in charge of children’s classrooms is a disaster that must be prevented.

This story was produced by The Hechinger Report, a nonprofit, independent news organization focused on inequality and innovation in education. Read more about education in Mississippi. 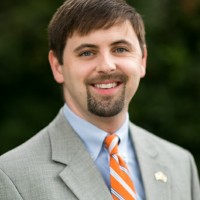