CUMBERLAND, R.I. — On Oct. 5, the National Association of Secondary School Principals named Rhode Island’s Alan Tenreiro the 2016 National Principal of the Year, recognizing his success in dramatically improving school culture, student achievement and teacher professional development at Cumberland High School since he arrived in the fall of 2012.

Three years ago, Cumberland High School was adrift. Once considered one of the best high schools in Rhode Island, it had seen test scores slide while discipline referrals and chronic absenteeism rose. The graduation rate barely hit 80 percent – in a largely white, suburban community, where only 26 percent of students are eligible for free or reduced-price lunch.

Under Tenreiro’s leadership, state standardized test scores significantly improved. In 2013-14 (the most recent data available), 46 percent of eleventh graders scored proficient or better in math, up from 31 percent in 2011-12; the number reading proficiently or better rose to 88 percent from 82 percent; and, perhaps most impressively, writing proficiency improved to 70 percent from 47 percent.

The number of Advanced Placement courses at Cumberland High School has doubled in Tenreiro’s tenure; the graduation rate has increased to nearly 88 percent; and the suspension rate is down. Chronic absenteeism has fallen from 22 percent the year before Tenreiro arrived to 14 percent in 2014. The high school has expanded its STEM offerings to include robotics, pre-engineering and biotech courses.

“We don’t want tech geeks who are teachers; we want teacher geeks who can use technology, with the end goal of students who are more engaged.”

Crucial to these advances, says Tenreiro, has been the faculty’s embrace of Common Core standards; a more personalized approach to high school; and blended learning, all of which required intensive professional development for the school’s 107 certified teachers.

Now in his fourth year as principal of the 1,300-student school, Tenreiro (who was named Rhode Island’s 2015 Principal of the Year, putting him in the running for the national group’s 2016 award) shared his reflections on the challenges of school reform and how his faculty and leadership team has helped to get Cumberland High School back on track.

What were the biggest challenges you faced when you arrived?

There was a big sense of urgency to make this a flagship high school in the state again. There was a real cultural problem at the school, a lot of low expectations for the students, no consistency in terms of student behavior and interventions, and a lack of confidence in leadership. There was also a lack of quality professional development for teachers.

What did you do to address these problems?

I hired two new assistant principals, one focused on school culture and one on teaching and learning, and two teachers in the bargaining unit joined the leadership team as deans, to help with discipline and restorative justice.

We started surveying students about the effectiveness of their teachers and sharing that information anonymously with teachers, so they could see the gap between what they thought they were conveying to their students, and how the students perceived it. That’s a big thing for teachers, to have an awareness of that gap and then work to close it. We restructured the schedule. Now Wednesdays are early release days, and teachers have six hours of professional development, coaching and feedback during the first three weeks of every month.

I want our teachers to feel they are agents of change, not the object of change, and it takes some time to build that trust. This professional development is core and central to our school’s success.

What did you do to raise student achievement so significantly?

We raised expectations for everyone by de-tracking students. When I arrived, there were four or five tracks. Now we have two, college track and AP track, and no one needs a teacher’s signature to join an AP class. We offer 21 AP courses and are adding another next year, computer science principles. We also got a lot clearer about expectations, and moved to a standards-based report card.

Now, all of our tenth and eleventh graders take the PSAT for free. It was an $8,000 investment, and we use the test scores to identify kids who have AP potential but who might not think of themselves that way because their attendance or grades haven’t been that great. But now we can say to them, “we know you have the skills and potential,” and encourage them.

You talk about wanting to create a more personalized learning environment for your students. How has your team accomplished this?

We have a lot of data on student achievement, and surveys that tell us how students are feeling about school. We are able to identify kids who don’t feel connected to an adult in the building and address that. We now match ninth graders to juniors and seniors for mentoring. We have advisory classes of 15 students where they can have individual student conferences with their teacher. And there’s a lot of school pride, with students taking ownership for the school, participating in sports and showcasing their artwork on the walls.

We also embraced blended learning. We started by using technology to help students with credit recovery and for summer school. Then we phased in a white board and projector in every classroom. This year, every student got a Chromebook. But the training for teachers started three years ago and has been phased in. Our focus is on instructional practice and being able to differentiate for students. We don’t want tech geeks who are teachers; we want teacher geeks who can use technology, with the end goal of students who are more engaged.

Has there been much pushback about your adoption of the Common Core standards?

I think we need to stop politicizing it and focus on thoughtful implementation. Without question, there is an overemphasis on testing and using scores in a punitive way. But you can’t confuse that with standards that are higher targets and deeper learning for kids. The Common Core standards are focused on college and career-ready standards, not to just get students a diploma but to make sure they have transferrable skills for whatever they may face. And I think the Common Core does a better job at that than what we had before.

This interview was edited for clarity and length. 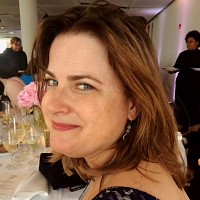