Last fall, three months before he went on a shooting rampage in Tucson, Ariz., that killed six and injured 19, including Arizona Rep. Gabrielle Giffords, Jared Lee Loughner’s bizarre behavior was drawing alarm. In classes at Pima Community College, he made so many inappropriate remarks and inexplicable outbursts that no one would sit next to him.

Concerned, school administrators suspended Loughner and told his parents he would need a mental health evaluation before he could return to campus. Instead, he dropped out in October.

The tragedy has drawn attention to the increased demand for mental-health and crisis-intervention services on campuses throughout the country. Colleges and universities are under pressure to respond not just to an increase in the volume of need, but in severity, too, according to Daniel Hess, director of counseling services at Concordia University in St. Paul, Minn.

“It’s a combination of three or more variables,” said Hess. “In the last 10 years or so, treatment for serious mental-health issues has greatly improved, primarily in that there are now medications with low enough side effects that people who would not have applied before are now going to school.”

Many serious mental illnesses first reveal themselves around the age when people enter college, where they face the same challenges as other newly independent young people, such as managing a crowded schedule, dating and managing tight finances, he added.

And there’s increasingly little breathing room for the overstressed. “It costs so much money to go [to college] now that you need to come and work,” he said. “And third, we may be heading in the direction of normalizing the use of mental-health services on campuses.”

Like many institutions of higher education, Concordia addresses the issue on two levels. On the first level, a small crisis-response team can be mobilized in minutes if someone’s behavior is causing concern. Second, a larger cross-section of the student support staff meets on a regular basis and discusses reports from faculty, residence-life staff and others of students who may be struggling.

“If a student is acting in a way that elicits any concern, it gets brought up and discussed and problem-solved,” said Hess.

The teams have been around for a long time at many institutions, he said, but there was a sharp uptick in faculty and staff awareness about the need to report concerns following the mass shooting at Virginia Tech in 2007.

At the University of St. Thomas in St. Paul, Minn., an interdisciplinary team meets every two weeks and discusses troublesome behaviors, signs that a student might need academic or financial support or has had a setback like a breakup or a death in the family.

“Our goal is to not let people fall through the cracks,” said Lange. “One of the things we pride ourselves on at St. Thomas is our personal attention.”

How personal is too personal? At all schools, the interdisciplinary discussions are strictly confidential, but there’s still tension between a student’s individual rights and the institution’s need to ensure the campus community’s safety.

When they enroll, Concordia’s students agree to accept terms the administration feels are necessary to keep the campus safe. But deciding how intrusive administrators can be is an ongoing process, said Hess.

“When someone poses a realistic, imminent threat to themselves or others, or is gravely impaired, we can bring them in against their will for services,” he said. But most of the time, the signs of an impending crisis are quieter.

“Certainly, the vast majority of people with mental-health concerns are no threat to anyone else,” Hess said. “Most of the time, they just want to be left alone.”

Like his colleagues on other campuses, Hess sometimes consults with the Association for University and College Counseling Center Directors (AUCCCD), which issued a statement about campus mental health concerns in the wake of the Tucson shooting.

“Safety concerns among our most vulnerable students are most often related to suicidal behaviors and life-threatening eating disorders, and alcohol and substance disorders,” the statement said. “An even smaller percentage of students develop thought disorders or psychosis, but individuals with mental illness are rarely violent and are more likely to be victims than perpetrators of violence. In treatment, our campus mental health professionals work to increase students’ adaptive and relationship skills, emotional self-regulation strategies, and social support.”

Like Pima Community College in Tucson, all schools now require students who have been separated from campus for mental-health reasons to be evaluated before they return. And when they do, college counselors may help manage the transition with extra support.

A version of this story appeared on MinnPost.com on January 24, 2011. 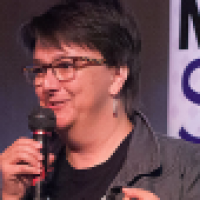 Beth Hawkins is a former MinnPost education reporter. She is now a writer-in-residence at Education Post. See Archive