Last week, when the U.S. Senate passed the Every Child Achieves Act, a bipartisan group of legislators took a step toward ending the nearly decade-long delay in reauthorizing the nation’s seminal education law.

As the House and Senate begin committee work to merge their two separate bills into one, we should reflect on the origin of this law and keep sight of its original purpose.

The Elementary and Secondary Education Act, or ESEA, was signed into law in 1965 by President Lyndon B. Johnson as part of his “War on Poverty.” At its heart, ESEA was a powerful move by the federal government to promote greater economic and social opportunity for all Americans through a more equitable education system.

Although the new Senate bill has some admirable qualities, it does not go far enough to live up to the original intent of this critical law, and improvements must be made on behalf of historically underserved students.

The Senate bill does the right thing by continuing to require that states test students in math and English Language Arts annually in grades 3-8 and once in high school, and that the results of those assessments be disaggregated by race, income, and special needs, and be made public. This transparency will continue to shine a harsh but important light on the pervasive gaps in opportunity and achievement that have historically been masked by aggregate reporting requirements. When coupled with accountability, this transparency has contributed to significant improvements in achievement, particularly for traditionally underserved populations. It cannot be cast aside.

“The next law governing our education system must remember its origins and focus on providing equity and opportunity for all.”

In its necessary attempt to fix the overreliance on test scores and the unrealistic definitions and requirements of annual school progress, the bill goes too far. It removes the requirement to intervene in persistently low-performing schools that exist in the current version of ESEA (also known as NCLB or No Child Left Behind). The new bill leaves it to the states to define what constitutes “struggling schools” and to decide what – if any – intervention is necessary, a shift that civil rights groups rightly fear will mean there is no mechanism to “meaningfully protect and advance civil rights and achievement for the most vulnerable students.” The combination of these changes will allow states to hide achievement gaps, and ignore rather than invest in the schools that need the most support, essentially losing the law’s focus on equity.

No Child Left Behind relies too much on standardized tests for accountability and, therefore, should consider additional measures of school quality as proposed in the Senate’s bill. Educators 4 Excellence, the organization I help to lead, is a national movement of over 17,000 teachers who believe that in order to protect our most disadvantaged students, we need appropriate checks and balances in place through multi-measure accountability systems. For example, high school accountability metrics could include the proportion of students completing a full college- and career-preparatory curriculum, the numbers successfully completing Advanced Placement or International Baccalaureate courses, and even results from surveys of parents, educators, and students.

Once improved and properly implemented, these new accountability systems must be used to require states to take action if a school is persistently low performing or if any subgroup of students misses state-set goals for consecutive years. A requirement that states intervene in these instances should be non-negotiable for this bill to become law.

Democratic Senators Chris Murphy of Connecticut, Cory Booker of New Jersey, Dick Durbin of Illinois, Elizabeth Warren of Massachusetts and Christopher Coons of Delaware proposed an amendment that makes this shift. Despite being endorsed by the White House and the Education Department, it unfortunately did not pass. Without this amendment or a very similar one, this bill simply does not go far enough to ensure a high-quality education for our low-income students, students of color, English Language Learners, or students with disabilities.

Senate Committee on Health, Education, Labor and Pensions Chairman Lamar Alexander (R-TN), Ranking Member Senator Patty Murray (D-WA), and many others have worked hard to usher this bill through the Senate, and have done important work to correct many of the problems inherent in No Child Left Behind. They have brought people together and forged compromise on difficult and contentious issues. Their hard work acknowledges that a one-size fits all approach to federal education policy limits the abilities of schools and educators to innovate and serve the unique needs of their students and communities. But, as this bill moves into conference committee and towards a new law, legislators should keep their eyes on the ultimate goal of educational equity by supporting transparency, accountability, and action to make certain we are making progress.

The next law governing our education system must remember its origins and focus on providing equity and opportunity for all.

Evan Stone is the co-founder and co-CEO of Educators 4 Excellence, a national teacher organization that seeks to elevate the voices of teachers in policy discussions. 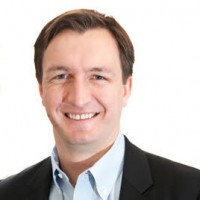 Evan Stone is the co-founder and co-CEO of Educators 4 Excellence, a national teacher organization that seeks to elevate the voices of teachers in policy… See Archive