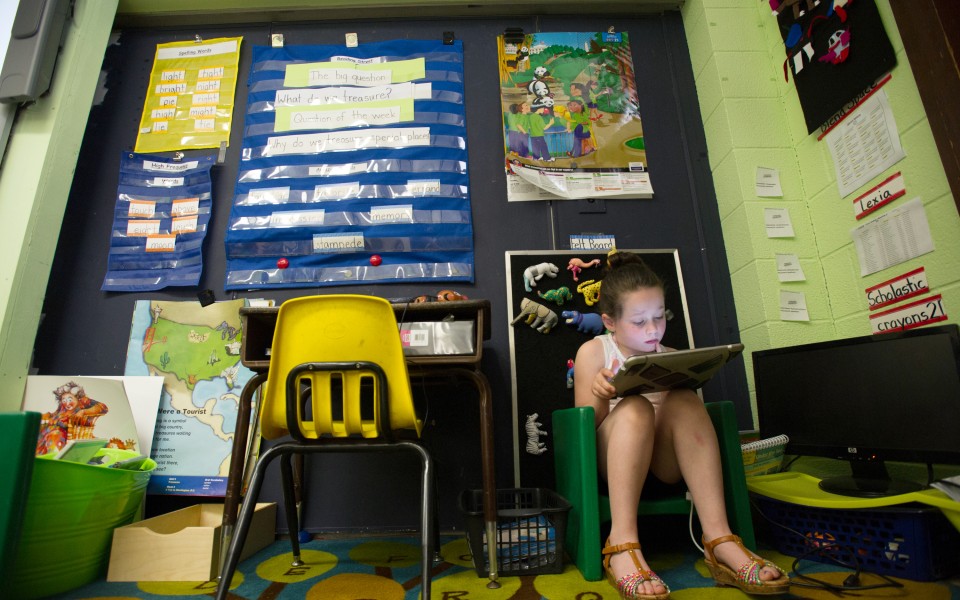 AUSTIN, Tex. – School districts lack information they need to get the best deals on education technology, according to leaders of a new nonprofit organization that was announced Tuesday at a large education conference here.

“In my judgment, this is an exercise in gouging,” said Levy, who is involved in the new nonprofit. “This is unacceptable, and we are here to address it.”

The new group’s leader, Hal Friedlander, has significant experience in school district technology purchasing. On Feb. 1 he left a job as chief information officer for the New York City Department of Education, the largest school district in the country.

Levy and Friedlander presented highlights from the new group’s first analysis, and took aim at the technology behemoth Apple. They said that Apple charges districts different prices for identical iPads. Describing this as “price gouging,” they argued that districts are unable to access information they need to negotiate with Apple. The full report was not released; it will be released by the end of this week to member districts, the leaders said.

Lack of price transparency makes it difficult for school districts to negotiate with vendors, Friedlander said. In the case of Apple’s iPads, for instance, the Technology for Education Consortium said it had found that prices ranged from $367 to $499 for identical devices.

“This is just wrong,” Levy said. “This is taxpayer money. And these are school kids.”

A spokesman for Apple said that the company already provides pricing information online.

The new nonprofit, which already counts six of the 10 biggest districts in the country as members, will provide pricing reports and procurement advice to member districts. Districts can join for free. It is open to public schools of all sizes. Members will have access to technical support and research from the Technology for Education Consortium.

The organization’s research will expand soon to Chromebooks – another popular device in schools – as well, and, eventually, to education technology software, Friedlander said. In addition, the nonprofit plans to help districts identify high-quality education technology.

This story was written by The Hechinger Report, a nonprofit, independent news organization focused on inequality and innovation in education. Sign up for our newsletter to get a weekly update on blended learning.

Nichole Dobo is the senior editor for audience engagement and a writer. Her work has been published in the Los Angeles Times, Newsweek, The Atlantic's… See Archive