Recent news reports have focused largely on the relatively mediocre showing of U.S. students on the Programme for International Student Assessment (PISA), a test of 15-year-olds in 64 countries, including the United States.

The PISA rankings are only the surface story; much more important is PISA’s vast database that shares lessons of high-performing nations that reveal a great deal about what students need to learn—and this information should steer federal and state educational policy going forward.

Of all the daunting challenges the nation faces—economic, social, environmental, and educational—perhaps the most vexing for the future is whether schools are preparing all children to apply what they are learning to make the critical decisions required to power the economy and democracy.

Administered every three years by the Organisation for Economic Co-operation and Development, PISA measures whether all of a modern nation’s children receive this education. Today, the honest answer is “no.” But the United States is planting the seeds of a movement to prepare today’s students to tackle tomorrow’s complex problems.

Despite various names and descriptions, the movement’s uniform objective is to ensure that all students graduate from high school with the ability to build on their knowledge to think critically, solve problems, and communicate effectively.

The William and Flora Hewlett Foundation calls these necessary abilities “deeper learning” and supports a wide array of efforts from education research to actual implementation in schools. The Alliance for Excellent Education also strives to have all students master these competencies, which include the types of skills any educated person now needs.

Simply put, deeper learning for us means that students should be able to use the knowledge and skills they gain in each academic subject. Real life—from home to the workplace to community participation—now requires adults to think critically, collaborate, communicate effectively, direct one’s own learning, and have an academic mindset that allows one to explore and learn independently.

Some 500 schools across the country are already engaged in developing deeper learning among their students, and federal and state policymakers are considering policies, such as better assessments and stronger teacher preparation, to spread these vital learning outcomes to more schools.

In the same way strong backs and sturdy legs built the economy in the past, today’s employers increasingly demand their workforce to have the kind of deeper learning skills that crack the code to prosperity in a 21st-century world economy. A 2012 study by Georgetown University’s Center on Education and the Workforce found that two-thirds of all jobs in the United States will require at least some postsecondary education by 2018, compared to only half in 1992 and one-third in 1973. This is one of the most profound times of transformation in employment in history.

PISA can provide some important information about how well countries are making that transformation. PISA does not measure students’ ability to do simple recall of esoteric facts. Instead, it measures students’ deeper understanding of reading, math, and science, which will lead to their ability to use what they learn to solve problems that bedevil their communities; and to effectively communicate what they know.

An example of a PISA science problem that measures deeper learning shows two graphs, one of changes in carbon dioxide emissions over time, and the other of average earth temperature over time. Students must understand the graphs, explore and analyze any relationships, and be able to explain their conclusions. Not explaining an answer sufficiently can still earn partial credit as long as a student demonstrates a technical or conceptual understanding of the subject. More examples are available on the PISA web site, http://www.oecd.org/pisa/pisaproducts.

Students who can demonstrate deeper learning have learned to identify, explain, and apply principles of scientific inquiry to a variety of situations. They can link different sources of information and use such evidence to justify their conclusions.

A report by the Alliance for Excellent Education that analyzes the 2012 PISA results shows that schools in some countries are far better at providing this kind of education than is the United States. According to the report, 56 percent of 15-year-olds in Shanghai-China reached the top levels in math. Forty percent did so in Singapore; 19 percent in the Netherlands; and 16 percent in Canada. In the United States, only 9 percent performed at the top levels, the Alliance report shows.

The good news is that the United States is taking action to close this gap. The Common Core State Standards, now taking hold in nearly all states, set higher expectations for student learning. In English language arts/literacy, these new standards require students to construct and evaluate evidence-based arguments and demonstrate complex communications.

In mathematics, the Common Core standards require students to solve non-routine problems and to reason by using logic and evidence. The new tests to measure students’ performance against the standards will focus on these skills.

Can virtually every student do these things, to achieve deeper learning? Absolutely they can. Evidence from schools around the country geared toward deeper learning shows that students in underserved communities can succeed.

The latest PISA findings confirm the importance of recent actions in the United States to bring deeper learning concepts to all children. These standards and accompanying tests will emphasize deeper learning. They are badly needed, and they will help build a better future for all young people.

Bob Wise, president of the Washington, D.C.–based nonprofit Alliance for Excellent Education, was governor of West Virginia and also served in Congress and as a state legislator. Barbara Chow is the program director for education at the William and Flora Hewlett Foundation in Menlo Park, Calif., and has held prominent policy adviser positions in the U.S. House of Representatives and in the Clinton administration. 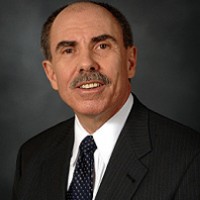 Bob Wise is president of the Alliance for Excellent Education and former governor of West Virginia. He also served for 18 years in the U.S.… See Archive