In her acceptance speech at the Democratic national convention in Philadelphia Thursday night, Hillary Clinton pledged to create new economic opportunities for all Americans by generating more and better jobs; expanding affordable childcare and preschool programs, and making higher education “debt-free for all.”

Like other convention speakers, she spoke mostly about the bookend age groups of the education spectrum – very young children at one end, young adults at the other.

“Bernie Sanders and I will work together to make college tuition-free for the middle class and debt-free for all,” she said. But she also said, “Here’s something we don’t say enough: college is crucial, but a four-year degree should not be the only path to a good job. We’re going to help more people learn a skill or practice a trade and make a good living doing it.”

In striking contrast to the Republican convention, where education got cursory mention, the Democrats talked about it every night – although mostly in platitudes. Give all children a fair start with free preschool? Check. Help struggling learners stay in class and out of jail? Check. Crack down on crooked for-profit universities? Make college tuition free for most families, and reduce crushing college-loan burdens? Check, check.

Absent were specific policy proposals about the K-12 education system. Almost no speaker, including Clinton, addressed such contentious issues as charter schools, excessive testing, the achievement gap, the technology-access gap, Common Core standards and the current racial segregation in so many of the nation’s schools.

“This is an event that is designed to bring the party together, and there are these sharp divisions between the education reform folks and traditional education people, so it makes sense that they would avoid talking about them beyond generalities,” said Michael  Petrilli, president of the Thomas B. Fordham Institute, an education policy think tank.

“Here’s something we don’t say enough: college is crucial, but a four-year degree should not be the only path to a good job. We’re going to help more people learn a skill or practice a trade and make a good living doing it.”

School choice and charter schools tend to be the divisive issues in the Democratic Party. Many unions – traditional bulwarks of Democratic get-out-the-vote efforts – support teachers and other educators in opposing charters because most charters employ non-union teachers. But many parents and even some union educators believe that certain charter schools merit support, for their efforts to find innovative teaching methods and to boost the learning success of children from historically disadvantaged populations.

The Democratic platform states that charter schools should be authorized if they do not “replace and destabilize” existing public schools, a tough standard to meet.

And when Clinton mentioned moderate support for some school-choice plans at a National Education Association union gathering earlier this month, she was booed.

One of the featured speakers Tuesday night in Philadelphia was David Banks, the principal of Eagle Academy, a small alternative school whose creation Clinton supported when she was a senator. It has built a model for successfully educating low-income black and Latino male students; mimicking many charters, it requires students to wear uniforms, attend school until 5 p.m. and receive test prep and academic help on Saturdays.

The Eagle Academies (there are now six) are not charters — they are regular public schools. They emphasize music, art and athletics, not just academic subjects and test scores. But like a growing number of small-school networks, the Eagle Academies depend to some extent on private money to augment the funds they get from public budgets. The Eagle Academy Foundation raised $2.2 million in 2013 and 2014, according to the latest records.

Related: How one innovative school district has closed the gaps on harder Common Core tests

Although racial tension in the streets and with police forces were major topics at the convention, racial segregation in the nation’s schools was not – except for speeches highlighting Clinton’s past work to fight school segregation. Interestingly, the wife of Clinton’s running mate, Senator Tim Kaine of Virginia, actually lived through the process in Virginia, as he noted in his speech.

“What is her vision? How are we going to help keep education, schools moving into the right direction and not looking back?”

Anne Holton, who stepped down as Virginia’s education secretary on Tuesday to join her husband on the campaign trail, was 11 years old when her father, Linwood Holton, became governor in 1970 and enrolled his children in previously all-black public schools in Richmond, in support of desegregation. That same year, Virginia stopped giving state tuition aid to white parents to send their children to “segregation academies.”

As a young lawyer, Clinton exposed some of these academies’ whites-only policies. She posed as a newcomer to an Alabama town asking to enroll her children in such schools. Hundreds of these schools had opened across the country in the 20 years after the Brown v. Board decision, particularly in southern states like Mississippi, Arkansas, Alabama, and Virgina.

Convention commentary on higher education ranged from Senator Al Franken’s comedy routine, where he mocked being ripped off as a Trump University student, to Jill Biden’s praise of community colleges as the nation’s “best kept secret,” to Bernie Sanders highlighting the way he and his supporters had pushed Clinton to adopt a more expansive free-college plank.

Child in families with annual income of $125,000 a year or less, 83 percent of the U.S. population, will be able to go to a public college or university tuition free under the Democratic platform proposal

“During the primary campaign, Secretary Clinton and I both focused on this issue but with somewhat different approaches,” he said. “Recently, however, we have come together on a proposal that will revolutionize higher education in America. It will guarantee that the children of any family in this country with an annual income of $125,000 a year or less, 83 percent of our population, will be able to go to a public college or university tuition free.”

One who did speak about K-12 issues was Gov. Andrew Cuomo of New York, who said:

“Let’s be honest, right now in this country we have two education systems. Not public and private, but rich and poor,” the former with laptops for all, the latter with metal detectors at school entrances.

“That,” he added, “is not educating every child equally,” although like other speakers, he made no policy suggestions. His state includes the largest school system in the country, New York City’s, which is also one of the most segregated and unequal in the terms he used.

Rep. Xavier Becerra of California praised Clinton for her past advocacy for children, and was among many who mentioned support for teachers. He said Clinton would “rebuild our crumbling schools. She’ll give our teachers the support and tools they need, and the pay they deserve.”

Several teachers gave speeches during the convention. Dustin Parsons, a fifth-grade teacher in Bauxite, Arkansas, spoke Tuesday night. In an interview afterward, he said, “I want to keep hearing her vision for the future. What is her vision? How are we going to help keep education, schools moving into the right direction and not looking back? We went back and forth so many times, and now we’ve got to keep going forward.”

Additional reporting was contributed by Matthew Bruderle and Emmanuel Felton.

This story was produced by The Hechinger Report, a nonprofit, independent news organization focused on inequality and innovation in education. Read more about Higher Education. 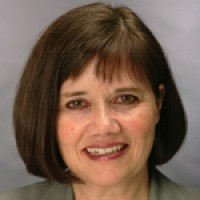 Lawrie Mifflin is managing editor. Until 2013 she was a senior editor at The New York Times, where she spent 30 years as a reporter,… See Archive

Meredith Kolodner is a staff writer. She previously covered schools for the New York Daily News and was an editor at InsideSchools.org and for The… See Archive