Spend five minutes in Jussi Hietava’s fourth-grade math class in remote, rural Finland, and you may learn all you need to know about education reform – if you want results, try doing the opposite of what American “education reformers” think we should do in classrooms.

At the University of Eastern Finland’s Normaalikoulu teacher training school in Joensuu, Finland, you can see Hietava’s students enjoying the cutting-edge concept of “personalized learning.”

Related: Everyone aspires to be Finland, but this country beats them in two out of three subjects

But this is not a tale of classroom computers. While the school has the latest technology, there isn’t a tablet or smartphone in sight, just a smart board and a teacher’s desktop.

Screens can only deliver simulations of personalized learning, this is the real thing, pushed to the absolute limit.

This is the story of the quiet, daily, flesh-and-blood miracles that are achieved by Hietava and teachers the world over, in countless face-to-face and over-the-shoulder interactions with schoolchildren.

“Finland’s historic achievements in delivering educational excellence and equity to its children are the result of a national love of childhood, a profound respect for teachers as trusted professionals, and a deep understanding of how children learn best.”

Hieteva sets the classroom atmosphere. Children are allowed to slouch, wiggle and giggle from time to time if they want to, since that’s what children are biologically engineered to do, in Finland, America, Asia and everywhere else.

This is a flagship in the “ultimate charter school network” – Finland’s public schools.

Related: Why Americans should not be coming up with their own solutions to teacher preparation issues

Here, as in any other Finnish school, teachers are not strait-jacketed by bureaucrats, scripts or excessive regulations, but have the freedom to innovate and experiment as teams of trusted professionals.

Here, in contrast to the atmosphere in American public schools, Hietava and his colleagues are encouraged to constantly experiment with new approaches to improve learning.

Hietava’s latest innovations are with pilot-testing “self-assessments,” where his students write daily narratives on their learning and progress; and with “peer assessments,” a striking concept where children are carefully guided to offer positive feedback and constructive suggestions to each other.

Related: In Singapore, training teachers for the classroom of the future

The 37 year-old Hietava, a school dad and Finnish champion golfer in his spare time, has trained scores of teachers, Unlike in America, where thousands of teacher positions in inner cities are filled by candidates with five or six weeks of summer training, no teacher in Finland is allowed to lead a primary school class without a master’s degree in education, with specialization in research and classroom practice, from one of this small nation’s eleven elite graduate schools of education.

As a boy, Hietava dreamed of becoming a fighter pilot, but he grew so tall that he couldn’t safely eject from an aircraft without injuring his legs. So he entered an even more respected profession, teaching, which is the most admired job in Finland next to medical doctors.

I am “embedded” at this university as a Fulbright Scholar and university lecturer, as a classroom observer, and as the father of a second grader who attends this school.

How did I wind up here in Europe’s biggest national forest, on the edge of the Western world in Joensuu, Finland, the last, farthest-east sizable town in the EU before you hit the guard towers of the Russian border?

In 2012, while helping civil rights hero James Meredith write his memoir “A Mission From God,” we interviewed a panel of America’s greatest education experts and asked them for their ideas on improving America’s public schools.

One of the experts, the famed Professor Howard Gardner of the Harvard University Graduate School of Education, told us, “Learn from Finland, which has the most effective schools and which does just about the opposite of what we are doing in the United States. You can read about what Finland has accomplished in ‘Finnish Lessons’ by Pasi Sahlberg.”

Related: While the U.S. struggles, Sweden pushes older students back to college

I read the book and met with Sahlberg, a former Finnish math teacher who is now also at Harvard’s education school as Visiting Professor.

After speaking with him I decided I had to give my own now-eight-year old child a public school experience in what seemed to be the most child-centered, most evidence-based, and most effective primary school system in the world.

Now, after watching Jussi Hietava and other Finnish educators in action for five months, I have come to realize that Finland’s historic achievements in delivering educational excellence and equity to its children are the result of a national love of childhood, a profound respect for teachers as trusted professionals, and a deep understanding of how children learn best.

Children at this and other Finnish public schools are given not only basic subject instruction in math, language and science, but learning-through-play-based preschools and kindergartens, training in second languages, arts, crafts, music, physical education, ethics, and, amazingly, as many as four outdoor free-play breaks per day, each lasting 15 minutes between classes, no matter how cold or wet the weather is. Educators and parents here believe that these breaks are a powerful engine of learning that improves almost all the “metrics” that matter most for children in school – executive function, concentration and cognitive focus, behavior, well-being, attendance, physical health, and yes, test scores, too.

The homework load for children in Finland varies by teacher, but is lighter overall than most other developed countries. This insight is supported by research, which has found little academic benefit in childhood for any more than brief sessions of homework until around high school.

There are some who argue that since Finland has less socio-economic diversity than, for example, the United States, there’s little to learn here. But Finland’s success is not a “Nordic thing,” since Finland significantly out-achieves its “cultural control group” countries like Norway and Sweden on international benchmarks. And Finland’s size, immigration and income levels are roughly similar to those of a number of American states, where the bulk of education policy is implemented.

There are also those who would argue that this kind of approach wouldn’t work in America’s inner city schools, which instead need “no excuses,” boot-camp drilling-and-discipline, relentless standardized test prep, Stakhanovian workloads and stress-and-fear-based “rigor.”

But what if the opposite is true?

What if many of Finland’s educational practices are not cultural quirks or non-replicable national idiosyncrasies — but are instead bare-minimum global best practices that all our children urgently need, especially those children in high-poverty schools?

Finland has, like any other nation, a unique culture. But it has identified, often by studying historical educational research and practices that originated in the United States, many fundamental childhood education insights that can inspire, and be tested and adapted by, any other nation.

As Pasi Sahlberg has pointed out, “If you come to Finland, you’ll see how great American schools could be.”

Finland’s education system is hardly perfect, and its schools and society are entering a period of huge budget and social pressures. Reading levels among children have dropped off. Some advanced learners feel bored in school. Finland has launched an expensive, high-risk national push toward universal digitalization and tabletization of childhood education that has little basis in evidence and flies in the face of a recent major OECD study that found very little academic benefit for school children from most classroom technology.

But as a parent or prospective parent, I have spent time in many of the most prestigious private schools in New York City and toured many of the city’s public school classrooms, in the largest public school system in the world. And I am convinced that the primary school education my child is getting in the Normaalikoulu in Joensuu is on a par with, or far surpasses, that available at any other school I’ve seen.

I have a suggestion for every philanthropist, parent, educator and policymaker in the world who wants to improve children’s education.

Start by coming to Finland. Spend some time sitting in the back of Jussi Hietava’s classroom, or any other Finnish classroom.

If you look closely and open your mind, you may see the School of Tomorrow.

William Doyle is a 2015-2016 Fulbright Scholar and New York Times bestselling author from New York City on the faculty of the University of Eastern Finland, and father of an eight year old who attends a Finnish public school. 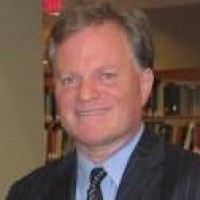 on activities, and life skills. Look forward to read more on new thinking in learning and education!