According to the Institution of International Education, Iran, Turkey and Saudi Arabia were among the top 15 places of origin for international students in the 2015-16 academic year. Intensive English programs and undergraduate programs are likely to suffer declines in enrollment of students from Saudi Arabia.

Most of the students from the seven banned countries were enrolled in graduate level programs and that means these universities are likely to feel the most pain. For example, 70 percent of Iranian students in the U.S. were enrolled in doctoral-level programs in 2016, according to the U.S. Student and Exchange Visitor Program.
One of the leaked draft executive orders published by Vox focuses on limiting legal immigration. It is titled Protecting American Jobs and Workers by Strengthening the Integrity of Foreign Worker Visa Programs.
The draft details a proposal for notice and comment to “reform practical training programs for foreign students to prevent the disadvantaging of U.S. students in the workforce, better protect U.S. and foreign workers affected by such programs, restore the integrity of student visa programs, ensure compliance and improve monitoring of foreign students.”

Related: In one country, immigration is seen not as a burden, but as an economic gain

Optional practical training is a period when the U.S. Citizenship and Immigration Services agency grants people one-year student visas to be used toward gaining practical experience, provided they hold F-1 non-immigrant education visas and have done at least nine months of higher education study in their fields.

A domino effect could result, creating a precipitous decline in international student enrollment from Muslim-majority countries.

It is a highly attractive program for these students, who gain work experience, enrich their educational learning and recover a part of their investment in education.

Employers benefit by bringing in global talent and exploring candidates’ skill sets before deciding about sponsoring an employment visa.

While the standard duration of this program is one year, optional practical training for degrees in science, technology, engineering and math (STEM) fields have been extended twice and now stand at 24 months. The STEM extensions are especially appealing to Indian students, who are concentrated in master’s degree programs in engineering and computer science.

During the eight years between the 2007-08 and 2015-16 academic years, the number of international students in optional practical training rose by 90,732, a growth rate higher than the total enrollment figure.

Optional practical training is one of the key differentiators in an increasingly competitive landscape of attracting international students from around the world.

International students contributed $32.8 billion to the U.S. economy during the 2015-16 academic school year, according to NAFSA, The Association of International Educators. Any policy that destabilizes the prospects of gaining work experience will inevitably hurt the American economy and higher education institutions.

If an executive order limiting legal immigration and reversing optional practical training extensions were to come into force, it would result in many international student opting out of the U.S. as a preferred destination.

Dr. Rahul Choudaha is co-founder of interEDGE a provider of support services for international student inclusion and success. 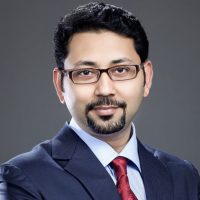 Dr. Rahul Choudaha is co-founder of interEDGE a provider of support services for international student inclusion and success. See Archive