The Hechinger Report is running a series of articles on the state of child care in Mississippi.

Written by Hechinger’s Jackie Mader and Sarah Butrymowicz and also appearing in The Clarion-Ledger, the first articles in the series are informative and fairly reported through the eyes of various stakeholders.

The 20th century model of the child care business and child care regulatory system in Mississippi did not work then and it does not work now.

The science on brain development made public in the early 2000s rocked the old beliefs about how and when children learn that were prevalent in the 1960s through the 1990s. This new science is now being translated into practice in the 21st century with much success.

Hechinger’s series points out the reality of what happens when the science supported practices around early childhood care and education and the circumstances existing today in Mississippi collide.

Summarizing the articles’ theme is easy. The child care business model and the agency responsible for monitoring the business need more money to operate in today’s world.

Facts that contributed to the situations described in the articles that were not so obvious to the reader are:

Research on brain development clearly points to the need for high quality early childhood experiences for all children — especially those in low-income homes. This development results in the acquisition of skills children need to succeed in school.

“High quality” has been defined by research studies as the provision of a safe physical environment, a research-based curriculum, and a well-trained staff provided with ongoing relevant professional development and compensation for individuals who receive more education in the field.

A major point the articles address is the lack of access to high quality child care programs for families whose incomes are low, but too high for Head Start eligibility. Changes to the regulations governing federal funding to the state for child care subsidies are under consideration. These changes would allow children of eligible parents to remain in a center at least a year while parents are working or in training.

“The 20th century model of the child care business and child care regulatory system in Mississippi described did not work then and certainly does not work now.”

Compensation for teachers in child care businesses is determined by the business owner. Even when the worker has a college degree or credentials in the field, there is no scale other than minimum wage requirements that must be followed.

The business of caring for children involves leveraging funds through obtaining partners to improve the comprehensive program experience for children and is not totally dependent on one source of funding.

Related: What do state records say about your child care center?

More operating funds can be obtained in developing partnerships with Head Start, state funded pre-K collaboratives and other community resources including Title I funds through schools, and through cost saving programs such as shared services and the Child and Adult Care Food Program.

This approach works better than demands for both fewer regulations and funds without accountability measures.

Compensation for teachers is a national problem that is complicated in Mississippi by the lack of a state funded education and compensation system for child care teachers. Research from other states has documented that such a system is a worthwhile state investment. If it can be done for individuals seeking employment in manufacturing fields, it can be done to ensure that 20 years from now individuals will be reading and computing at a level to get and keep jobs.

Related: Why Oklahoma’s public preschools are some of the best in the country

Regulation should include 21st century methods such as examining the job requirements and compensation, and implementing a 10-year plan to shop to other entities in addition to the state decision makers for funding.

Thousands of child care owners give their energies day after day to make children’s lives better. Butrymowicz and Mader’s articles help shine the light on issues that have been with the field long before the end of the 20th century and to help move the conversation so some of them, if not all, will be solved before 2020.

The youngest children in Mississippi have been waiting the longest for improved services and a system of care and education. Hopefully, the articles will promote reasonable conversation and solutions to very troubling challenges faced by parents, first and foremost, as they struggle to “do right by their child.”

Cathy Grace, Ed.D., is co-director, The Graduate Center for the Study of Early Learning, at the University of Mississippi. 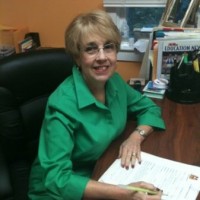 Cathy Grace, Ed.D., is co-director, The Graduate Center for the Study of Early Learning, at the University of Mississippi. See Archive