To hear some ed tech enthusiasts tell it, online learning is sweeping aside the barriers that have in the past prevented access to education. But such pronouncements are premature. As it turns out, students often carry these barriers right along with them, from the real world into the virtual one.

Female students, for example, are poorly represented in science, technology, engineering, and math courses offered online, just as they are scarce in STEM classes conducted in physical classrooms. Demographic analyses of the students enrolled in much-hyped “massive open online courses” show the depth of the gender gap. “Circuits and Electronics,” the first MOOC developed by the online consortium of universities known as edX, had a student body that was 12 percent female, according to a study published in 2013. Another analysis, posted on the Coursera blog earlier this year, found that female enrollment in the company’s courses was lowest — around 20 percent — in subjects like computer science, engineering, and mathematics.

These dismally low numbers provide a reminder that “access” to education is more complicated than simply throwing open the digital doors to whoever wants to sign up. So how can we turn the mere availability of online instruction in STEM into true access for female students?

One potential solution to this information-age problem comes from an old-fashioned source: single-sex education. The Online School for Girls, founded in 2009, provides an all-female e-learning experience. (A companion institution, the Online School for Boys, is opening this fall.) It appears to be doing an especially good job of educating girls in STEM: Last year, 21 of its approximately 1,000 students were recognized by the National Center for Women in Technology “for their aspirations and achievements in computing and technology.” And over the course of the 2013-2014 academic year, the Online School for Girls prepared 30 female students to take the Advanced Placement exam in computer science. To put that number in perspective: 25 American states each prepared fewer than 30 girls to take the AP computer science exam.

It’s hard to argue with these results. But it is possible to quibble with the way the school frames its mission. “Guided by current research on girls’ learning,” the school’s website declares, the school emphasizes “connection among participants” and incorporates “collaboration into the learning experience.” But evidence is weak that there is such a thing as “girls’ learning,” online or offline, if what is meant by that is that each gender has cognitive differences that should be accommodated by different instructional methods. Neuroscientist Lise Eliot has argued persuasively that, while small inherent differences in aptitude between males and females do exist (even as infants, for example, boys seem to have an edge in spatial cognition), society takes these small differences and makes them much bigger — by supporting boys in math and science, and by discouraging girls who study these subjects.

Such overt biases should have no place in online education — but we should also strive to avoid importing subtler misconceptions about “girls’ learning” being different from “boys’ learning.” We need, instead, to address the psychological sense of belonging that female students so often lack when they enter STEM environments.

Studies carried out in physical classrooms demonstrate that these environments are enormously influential. In a study published in the Journal of Personality and Social Psychology, for example, University of Washington assistant professor Sapna Cheryan and her coauthors exposed a group of female college students to a computer science classroom appointed in stereotypically male-geek fashion: video games and junk food strewn about, Star Trek poster on the wall. Another group of female undergraduates was invited into a computer science classroom that looked quite different: bowls of healthy snacks, a nature poster, an open phone book. Altering these environmental cues, Cheryan notes, “was sufficient to boost female undergraduates’ interest in computer science to the level of their male peers.”

These same dynamics play out online, as Cheryan demonstrated in a subsequent study. Changing the design of a virtual classroom — from one that conveyed computer science stereotypes to one that did not — “significantly increased women’s interest and anticipated success in computer science,” Cheryan and her colleagues reported.

In an experiment now underway at Stanford University, researchers Brian Perone and Michelle Friend are using a virtual reality classroom, complete with virtual “classmates,” to investigate the effect of student gender ratio on young women’s ability to absorb and remember computer science course material, as well as their interest in taking more classes in the subject. Preliminary results suggest that female students learn better when they are surrounded by female classmates — even virtual ones — and the more women in the room, the better. Perone’s and Friend’s findings suggest that the reason behind the success of the Online School for Girls may not be its stated emphasis on teaching girls differently, but simply the fact that its students know that their classmates are girls like them.

Another way to promote female students’ sense of belonging in online math and science courses would be putting more women at the head of virtual classrooms. (As professors Lisa L. Martin and Barbara F. Walter noted in a recent op-ed in the Los Angeles Times, MOOCs are overwhelmingly taught by men.) Female students could also be offered online mentoring by accomplished women working in STEM fields, a tack taken by Women in Technology Sharing Online (WitsOn). The brainchild of Maria Klawe, a computer scientist and the president of Harvey Mudd College, WitsOn was a one-time, six-week-long program that Klawe hopes to organize again in the future.

All these approaches have in common a focus, not on teaching girls and women differently, but on helping them to feel differently about their place in the fields of math and science. Just as in the physical world, in the virtual sphere the barriers to girls’ and women’s advancement in STEM fields remain very much in place. With informed intervention and clever design, however, the digital walls may prove easier to scale. 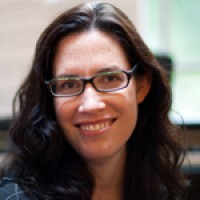