As the spoon enters the cranberry sauce, every college student at your Thanksgiving table is dreading one inevitable question: “What are you going to do with that major?”

As a well-meaning parent, relative or family friend, it’s almost impossible not to ask. What we really mean is, “What work are you going to do with that major?” Yet the truth is, a college major rarely leads to a specific job. This year, let’s ask better questions of the college students in our lives — ones that will help them explore what really matters in education, work and life.

First, what does your student think the purpose of college is? Only 27 percent of those with bachelor’s degrees were working in jobs directly related to their college majors, according to an analysis of the 2010 American Community Census by the Federal Reserve Bank of New York.

“With employment patterns changing rapidly over the next 10 years, it is critical to question the notion that a person’s college major is the most important factor in navigating a meaningful career beyond the first job.”

Many people read this as a mismatch between supply of talent and demand for workers, a problem that universities could correct by directing students to more practical majors. But funneling students toward ostensibly more “practical” degrees — such as those in science, technology, engineering and math (STEM) — won’t change this reality: A staggering three-quarters of those with bachelor’s degrees in STEM fields have followed career paths unrelated to their majors. And only about a third of engineering graduates surveyed were working in the field of engineering. Around half had left STEM altogether.

Majoring in business might seem to offer a safer bet: Business majors are among those most likely to be working in fields directly related to their majors. However, many people working in business didn’t major in it. Instead, they had the courage and curiosity to pursue other interests.

And that matters. Just as for most of us, there is no such thing as “life in general” without a career attached, a “specific career” determined by a college major misses the point. A rewarding career unfolds over time through the synthesis of our interests, values and skills with the needs of others.

Today, lifetime employability doesn’t mean narrowly focusing on one field once in college. It means connecting the dots between what students know and can do, and how knowledge and skills might matter to potential employers. And it means understanding that such connections are no one’s responsibility but a student’s own, for the rest of his or her working days.

With employment patterns changing rapidly over the next 1o years, it is critical to question the notion that a person’s college major is the most important factor in navigating a meaningful career beyond the first job.

As you pass the sweet potatoes, offer a wiser frame. Ask students of any major what they have learned about what the world needs. Talk about what they might want to do about that, without limiting the answer to their college major.

Ask who they connected with that they might not otherwise have known. How did they collaborate with someone from different academic or social perspectives? Who did they introduce to someone in their network? Who have they met who expanded their view of what is possible for them?

Ask what their digital life is like. What have they produced in digital spaces? How do they manage their influence and privacy to connect with others who share interests or have particular needs?

You might be surprised by their answers, and you’ll model some good inquiries to bring back to their faculty — and potential employers — as they pursue the connections between their studies and a life of opportunity.

This story about Thanksgiving conversations with college students was produced by The Hechinger Report, a nonprofit, independent news organization focused on inequality and innovation in education. Sign up here for our newsletter.

Abra McAndrew is assistant vice president, student engagement, at the University of Arizona. 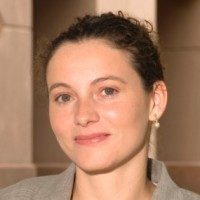