I became the first in my family to graduate from college —with four kids — thanks to help from programs included in the Trump administration’s $10.6 billion in proposed cuts to federal education initiatives. Without those programs I would never have graduated from UC Berkeley and UCLA respectively.

One can only fathom how challenging it is for low-income, first-generation student-parents to graduate. Without federal access programs such as Child Care Access Means Parents in School (CCAMPIS), one of the 22 programs up for elimination, we will not be saving $15.1 million, as the administration messages suggest, but will hurt student parents, children, communities and the nation. Why? Because cutting this program has a trickle-down effect with real impact, a ripple across generations and a cut to our nation’s future economic prosperity. How?

In 12 years, the number of student parents went from 1.1 million to 4.8 million, making up a quarter of undergraduates across the country, according to the Institute for Women’s Policy Research.

I was one of those student parents. As anyone who has attended college knows, it’s no easy task. Days are filled with lecture, discussion sections, study groups, campus events, leadership activities, internships and the list goes on. As anyone with children knows, it’s no easy task either. Days are filled with feeding, changing, enriching, engaging, monitoring and repeating. Doing the two simultaneously and effectively is like trying to play basketball and soccer at the same time.

Often the counter-argument is “you shouldn’t have had kids.” Well, we did and now we’re trying to make our life and our kids’ lives better by going to college. If the Trump administration is against someone who is striving to make their life better, what then does the American dream really mean? The program assists student parents to cover the costs of child-care while attending school. So, while I was volunteering as a tutor in an underresourced school in east Oakland or taking my class on “Wealth and Poverty,” my children were attending the universities’ early education childhood education program, which has its benefits to our nation as well.

Related: With number of student-parents up, availability of campus child care is down

According to the National Education Association, “Early childhood education [is] one of the best investments our country can make,” with  significant long-term benefits, such as higher earning potential, increased high school graduation rates, home ownership and longer marriages as a result of investment in high-quality education for children.

The moment my children started their first day of child care, their future was transformed. My youngest learned sign language when she was six months old, participated in an art show at 2 and understood the concept of community by 3; opportunities I never had growing up. Every day I could see the benefits of a high-quality education.

They gained early exposure to writing, math and science, understanding how to resolve intergroup conflict and striving to understand, as part of a racially, ethnically and culturally diverse group of peers. My daughters beamed about trying hummus, pad thai and tofu for the first time; food as a way to build community and understanding one another was a beautiful thing to see.

Related: New supports for first-gen students: Helpful or just ‘a drop in the bucket?’

Today, I see the benefits of my daughters’ early education. Besides excelling academically, they are involved in service projects, harbor a deep sense of commitment to community and have aspirations of becoming a lawyer to help those who lack access to legal representation, a veterinarian to stop the suffering of animals and a teacher to help the next generation of children. And these cuts will imperil the future of the nation.

A recent report from the Georgetown University Center on Education and the Workforce says the United States has been under-producing workers with postsecondary education since the 1980s and now the problem is worsening with the cumulative shortfall of postsecondary-educated Americans expected to approach 20 million by 2020.

If the Trump administration believes student parents and their children should not have access to support from this program, the trickle-down and ripple effect will hurt the future of the U.S. workforce and economy at large. The U.S. economy needs educated workers to be the next great innovators, business leaders and job creators. While the administration justifies cuts by saying that it’s not aligned with the mission of the Department of Education, how is investing in the education of student parents and children not a priority for an education department? This not placing “America First,” it’s placing “America Last.”

If we save this important program, we will help save the future of our nation.

Alex Serna is a program director for Breakthrough San Juan Capistrano, a nonprofit with the mission to support highly motivated, but underserved students by providing tuition-free, year-round academic support and college counseling for 10 years. 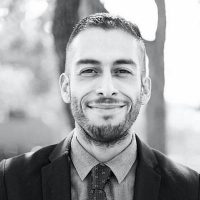 Alex Serna is a program director for Breakthrough San Juan Capistrano, a nonprofit with the mission to support highly motivated, but underserved students by providing… See Archive