As the nation’s elite colleges rightly focus on the diversity of their student bodies — thoughtfully balancing socioeconomic, racial and ethnic, gender, sexual orientation and geographic factors to achieve an inclusive learning environment that mirrors our broader society — a group of highly valuable, highly deserving students remains poorly considered. Fewer than two out of every 1,000 undergraduate students enrolled in the Ivy League and peer institutions identify as having served in the U.S. military.

There are likely more undergraduates in our most selective universities who have lived in Paris than on Parris Island. The near-absence of undergraduate veterans at our most selective institutions is a great loss — both for the veterans who are excluded from this valuable learning environment, and for our other students, who would benefit from exposure to individuals with markedly different experiences.

Not long after being appointed provost at Cornell University in the summer of 2015, I was asked by a group of veteran students to meet with them. Highly prepared and backed by data, the group educated me on the paucity of undergraduate veterans at Cornell. At the time, there were fewer than 10 out of more than 14,300 undergraduates with military experience enrolled at Cornell, and I learned that at most of our peer institutions the numbers were even lower.

There are likely more undergraduates in our most selective universities who have lived in Paris than on Parris Island.

Due to their limited academic backgrounds, college applicants with veteran experience typically do not apply to the most selective U.S. colleges, but they consistently outperform their peers, achieving stronger outcomes than admissions models would predict.

With a daughter serving as a junior officer in the U.S. Navy, I am keenly aware of the challenges of military life. As provost, I was surprised to learn that our elite institutions do little to attract and retain student veterans — a group of men and women with a diversity of backgrounds, experience and views that would be a valuable addition to our classrooms and campus life. Just as we recruit students from disadvantaged backgrounds and marginalized communities, we must send a clearer message that our top colleges and universities value diversity in all forms, and that Cornell and similar universities welcome and support veteran applicants.

That extra effort is essential and deserved. While Cornell has a large and highly valued undergraduate officer corps with representation of all the services, students who enlist from high school have varied academic profiles and may not have considered applying to highly selective colleges. But, within the disciplined and challenging environment of military service, many discover their potential, mature and contemplate careers that they had not previously considered. However, those with initially modest academic records may retain a sense that our most competitive academic centers are beyond their grasp, and some unfortunately assume they will get a less-than-welcoming reception.

The good news is that more veterans have begun to apply to the Ivy League and other elite colleges either directly from military service, or as transfers from junior colleges at which they have proven they can excel.

True to their backgrounds, these students are working tirelessly to help those who will follow in their footsteps. The Cornell student veterans I’ve come to know go to military bases and junior colleges to recruit. They send the message that our institution is “veteran-friendly,” and that they will personally help to mentor those whom we admit. At our initial meeting, we agreed that a goal of 100 undergraduate veterans at Cornell was achievable within five years. I am happy to say that we are almost half way there. I am also pleased to see that, thanks in part to the outstanding work of The Ivy League Veterans Council, other institutions are undertaking aggressive veteran recruitment efforts as well.

Frankly, though, we need to do more. Far too few veterans are enrolled in our elite undergraduate institutions. Those of us lucky enough to lead some of the nation’s best colleges and universities owe it to our students — veteran and non-veteran alike — to do a better job of reaching out to students who have served this country and who have much to offer our undergraduate communities. And while it may seem daunting, I can tell you from experience that the steps to achieve this goal are surprisingly straightforward:

1. Communicate that the “I don’t belong there” reflex is wrong, and prove it by creating appropriate support structures for these non-traditional students.

4. Enhance the on-campus experience for veterans through programming and housing that promote a sense of belonging.

5. Support student veterans groups who passionately support one another.

College campuses are too often portrayed as elitist bastions of “group think.” This is a dangerous stereotype that must be reversed, a poorly informed caricature of the breadth of campus life and thought. Reaching out to all marginalized groups within our society to advance diversity on campus is one of the best ways to change that stereotype. For Cornell, which was founded as a university where “any person can find instruction in any study,” including our nation’s military veterans in that effort is a way to honor our founding vision.

This story about veterans and elite American colleges was produced by The Hechinger Report, a nonprofit, independent news organization focused on inequality and innovation in education. Sign up for our newsletter.

Michael Kotlikoff is the provost of Cornell University. 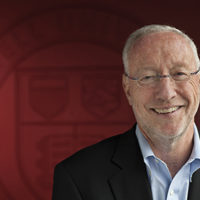 Like it or not, all "elite" undergraduate institutions overwhelmingly hire professors who think like the hiring committee. Liberal professors outnumber conservative professors 12 to 1 at worst, and 5 to 1 at best.

The majority of military veterans, myself included (USNIRR 1985-1994) are traditional in their views, support the US Constitution, took an oath to protect and defend our country and our fellow Americans that never expires, and our voting statistics strongly reflect those facts.

I believe that Akhil Rajasekar, an undergraduate at Princeton summed it up very well: "In the aftermath of the election I saw some of the country’s smartest students compete to illustrate just how undeserving of that recognition they were. Intellect and rationality were overcome by factionalism and emotion. The battle for safe spaces turned into a war on free speech. The idea of tolerance was soon polluted and weaponized to shut down conservative opinions. Discourse had become offensive, ideas harmful, and universities summarily abandoned the ideal of diverse thought that they had spent decades pursuing."

The dominance of left-leaning professors in academia, and, I suspect in the undergraduate admissions process, creates an imbalance that compromises critical thinking by dismissing, shaming and attacking traditional, center-right viewpoints of the majority of veterans. Veterans take critical thinking very seriously, because failing to do so gets us killed not merely ridiculed.

Let us also not forget the absolute hostility that has been shown by the Ivy League to the ROTC programs up until very recently. This fact has poisoned a lot of enlisted veterans from taking the ROTC route to help pay for college at "elite undergraduate institutions."

Like it or not, many veterans don't see an Ivy League education as something to be proud of. We would rather go where the education plus our military skill sets will lead to a career immediately after graduation, and to learn on a campus where we won't be harassed by our professors' left-leaning indoctrination or by our fellow students for our service to our country, for our support of our President, and for our never ending oath to our Constitution.