Since the 1990s, education stories emanating from Massachusetts have largely been positive, but that started to change over the last decade.

The decline has accelerated, and results from the 2019 National Assessment of Educational Progress (NAEP) have pushed the state into the “learn-from-our-mistakes” category.

In 1993, Massachusetts enacted a bipartisan education reform law that gave schools a massive infusion of state money in return for high academic standards and accountability.

State SAT scores rose for 13 consecutive years. In 2005, the Bay State became the first to have its students score tops in the nation in reading and math at both grade-levels tested on NAEP. In 2007, Massachusetts eighth-graders even tied for first in the world on international science testing.

Over the last decade, though, Massachusetts has turned away from the recipe that led to unprecedented success, with unfortunate consequences.

This began with the elimination of an independent agency that performed comprehensive school district audits, ensuring accountability for the $10 billion that state and local taxpayers now invest annually in public schools.

Academic standards were the next to go. In 2010, the Commonwealth ditched English and math standards that were a model for other states in favor of weaker national standards known as the Common Core.

The new English standards cut the amount of classic literature and poetry that students read, and the new math standards fail to get students to Algebra I by eighth grade. A 2008 panel of math experts appointed by the U.S. Department of Education called Algebra I the gateway course to all higher math study.

This across-the-board decline in academic quality has been accompanied by fewer educational choices. Massachussets public charter schools are the best in the country by measures that include dramatically outperforming the districts from which their students come. A 2013 Stanford University study found that Boston charters were doing more to narrow achievement gaps than any other group of public schools in the country.

But today, charter schools are an afterthought in Massachusetts.

By putting a question about allowing more Massachusetts charter schools on the statewide ballot in 2016, advocates played into the hands of teachers’ unions and other opponents of charters that could turn out an endless supply of anti-charter ground troops to make phone calls and knock on doors.

The initiative was resoundingly defeated, sentencing the schools to years in political purgatory — and preventing more families from accessing high-quality educational options.

The results of this retreat from educational excellence have been predictable. Charter school growth has remained stagnant. State SAT scores are down significantly. And third-grade reading scores — the best predictor of future academic success — have also fallen precipitously.

Then, in 2019, the bottom fell out. (State-by-state  NAEP comparisons are available in this Hechinger Report table.) Eighth-grade math scores fell three points since the last time NAEP was administered in 2017. Meanwhile, 15 of the jurisdictions tested showed improvement, and 23 states declined less than Massachusetts did. A two-point drop in fourth-grade math was worse than the performance of students in 40 states and Washington, D.C. But math performance was downright encouraging compared to the state’s 2019 fourth- and eighth-grade reading scores, each of which fell by a stunning five points.

In 2019, after it became clear that Massachusetts’ K-12 education funding formula was no longer providing adequate resources to less affluent school districts, state leaders addressed the funding problem effectively. But the new money won’t be accompanied by high standards and accountability.

The whole created by that combination — more money, higher standards, stronger accountability — was greater than the sum of its parts. Without such an approach, slowing the decline is likely the best return that Massachusetts can expect on its new investment.

This story about education reform and charter schools in Massachusetts was produced by The Hechinger Report, a nonprofit, independent news organization focused on inequality and innovation in education. Sign up for our newsletter.

Charles Chieppo is a senior fellow at the Center for School Reform at Pioneer Institute, a Boston-based think tank.

Jamie Gass is the director of the Center for School Reform at Pioneer Institute, a Boston-based think tank. 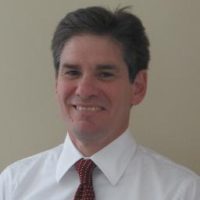 Charles Chieppo is a senior fellow at the Center for School Reform at Pioneer Institute, a Boston-based think tank. See Archive 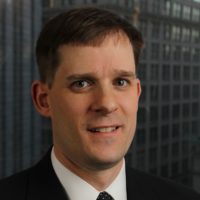 Jamie Gass is the director of the Center for School Reform at Pioneer Institute, a Boston-based think tank. See Archive