Hip-hop is approaching 50, and in its middle age it now permeates every facet of popular culture.

Jimmy Fallon does rap history tributes with Justin Timberlake on The Tonight Show. Kellogg’s iconic honey bee dances to Nelly’s “Ride wit Me” to sell Cheerios, and the musical Hamilton has smashed box-office records by bringing hip-hop to Broadway. According to Nielsen ratings, rap has surpassed rock to become the most consumed style of music in America.

A growing number of educators have seized upon hip-hop’s wide appeal to help students connect with challenging academic subjects. I have seen in my own classrooms how exciting the results can be of pairing hip-hop with a seemingly unlikely subject. Consider for a moment my favorite example of a natural fit with hip-hop in the classroom: William Shakespeare.

Students tap into their own cultural capital when teachers make plain the connections between that which is culturally familiar, like hip-hop, and that which can be too easily dismissed as musty and irrelevant, like Shakespeare’s plays and poetry. This connection gives students a new confidence in their own language and culture, and it moves away from what I consider a “deficit-model” approach to teaching, which posits students’ familiar cultures and language as problems to be overcome in the classroom.

Many artists have spent time exploring the fertile overlaps between hip-hop and Shakespeare. Macbeth has often, though not always, been the focus: Gerald Barclay and Greg Salman reimagined Macbeth in movies like “Bloody Streetz” and “Mad Dawg,” respectively, while Ayodele Nzinga and Victoria Evans’ “Erville” reinterpreted Macbeth on stage in plays like “Mac,” “A Gangsta’s Tale” and “MacB: The Macbeth Project.”

Most notably, U.K. hip-hop artist Akala has made explicit the connections between Shakespeare and hip-hop through a variety of Shakespeare plays. With the help of his Hip Hop Shakespeare Company, Akala explores the linguistic, social and cultural parallels between hip-hop and Shakespeare.

Using rap music to interpret Shakespeare is the most popular approach among educators when drawing connections between hip-hop and Shakespeare. But rap is only one of many hip-hop elements available to educators who teach Shakespeare.

Educators who venture beyond rap typically stay within the four cornerstone elements of hip-hop — emceeing, breakin’, graffiti art and deejaying. But there are six more elements that can be creatively incorporated into an educator’s hip-hop pedagogy: street knowledge, beatboxin’, street language, street fashion, street entrepreneurialism, health and wellness. Of these additional six, street knowledge is the most relevant element when examining the plays of Shakespeare. Tupac’s life legacy exemplifies the role that street knowledge can play in helping students understand Shakespearean themes.

Before his untimely demise, Tupac Shakur stated that he wanted people to study his poetry the way they study Shakespeare. Although he was not around to witness it, his dream did come true. Both the University of California at Berkeley and Harvard have offered courses that studied the poetry of Tupac.

“Like [Tupac] Shakur, Shakespeare wrote about murder, rape and suicide.”

That makes sense, considering Shakespeare was his biggest literary influence. When Tupac attended the Baltimore School for the Arts, he studied plenty of Shakespeare. In a 1995 interview, Tupac said, “I love Shakespeare. He wrote some of the rawest stories, man. I mean look at Romeo and Juliet. That’s some serious ghetto s**t.”

In addition to Tupac’s poetry, teachers have referenced his life for its teachable moments. In the book Shakespeare and Youth Culture, one teacher is quoted as telling her students, “Tupac Shakur was no paragon of virtue, but neither was William Shakespeare … Like Shakur, Shakespeare wrote about murder, rape and suicide.”

Studying the lives of Tupac and Shakespeare moves beyond a study of just rap lyrics. It cultivates the development of students’ critical literacy skills by tapping into their hip-hop cultural capital.

Related: A summer program uses the arts to combat the achievement gap

To activate a discussion about hard choices, I customized an exercise I found online years ago. The exercise begins with the following instructions for students: You are a college student. Someone murders your father, and you hear a rumor that it was the head of the mafia in your city, who has just married your mother. But you have no actual proof. What do you do? How do you feel? What are you thinking?

Instead of having students write their answers in traditional linear fashion, I give them creative options. They can draw pictures using markers, write a rap or poem, or use movement to explain their answers. Each time I have done this exercise, students have responded with confidence and certainty.

Judging by students’ passionate presentations, they know what they think, how they feel and what they would do.  After all of the students have responded, I congratulate them and reveal that they have engaged with an environmental stressor in just the way that a group of black and brown youth in the South Bronx did in the 1970s when they founded hip-hop: They have used the creative arts to express themselves.

Moreover, they have prepared themselves to discuss Hamlet. By giving students an opportunity to process their thoughts and feelings creatively through a modern-day hip-hop lens, the famous tragedy becomes more accessible.

The story of organized crime is, of course, the story of Hamlet. With the help of this approach, studying Shakespeare is no longer intimidating, inaccessible or culturally irrelevant. Students are able to make connections between the literary master and their own real and imagined lives.

This story about hip-hop and Shakespeare was produced by The Hechinger Report, a nonprofit, independent news organization focused on inequality and innovation in education. Sign up for our newsletter.

Nolan Jones is an associate adjunct professor of education at Mills College in California and an expert on community health, youth development, urban development and hip-hop pedagogies. 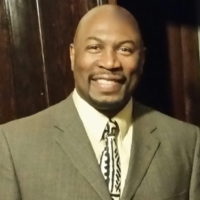