I met Ed Zigler, a Head Start founder and an extraordinary early childhood advocate, in 1993 when I joined the Clinton administration.

My job as commissioner for children, youth and families, and later as assistant secretary at the U.S. Department of Health and Human Services, included overseeing the Head Start program and enacting a major Head Start expansion in the face of opposing arguments that the program didn’t work or should become a state block grant.

Zigler, who died on Feb. 7 at age 88, convinced me decades ago that every early childhood advocate must fight for paid family and medical leave, which he steadfastly believed would become law one day in the United States. Zigler advised every administration from Johnson to Obama on child and family policy.

He used to say that many other countries have enacted paid family leave based on U.S. research about the implications for young children, and those countries can’t understand why the U.S. produces the research but not the policy.

While I have serious concerns about what the current administration is proposing, President Trump said in his Feb. 6 State of the Union address that he hopes to make it possible for workers to take family leave. Based on previous proposals, his approach would be a nonstarter compared to the FAMILY Act. With the introduction of the Family and Medical Insurance Leave (FAMILY) Act this month, I hope we’ll soon be able to honor Zigler’s years of fighting.

Zigler chose to advocate in two ways at once. First, he made extraordinary substantive contributions to the two committees’ work, including through his unparalleled understanding of the research and evaluation evidence and his clarity about the bottom-line requirements for high-quality programs. Second, he offered the generous gift of his time and reflective insights, investing in us so we could carry on the battles.

He believed in being “in the game,” and his advice always reflected a zest for politics and getting things done. I heard him once advise a group of researchers on how to testify before Congress in a clear and direct manner — without falling into the stereotype of “many-armed economists” who continually say “on the one hand” and “on the other hand” until no one knows what they really think.

Yet however much he loved the practical, he never lost sight of the goal, even if it might take decades to get there. Zigler believed that we had more than enough research evidence to fix the devastation experienced by young children living in poverty, and he was persistent in his fight to translate that research into national policy, no matter how long it might take. He was a seer, fighting steadily over decades for goals so far down the road that no one else believed them achievable.

His belief in paid leave arose from his core commitment to the research finding that young children’s development must be understood comprehensively — that babies, toddlers  and preschoolers thrive when they are healthy and well-nourished, and when their families can provide loving and stable homes.

This truth — built into Head Start’s design, which includes comprehensive supports for children and their families — has revolutionary implications when you take it seriously, as Zigler did. It means a world where parents of infants have more help and support than people at less vulnerable stages of their lives — not one where babies and their families are the poorest of all Americans, which is sadly the case today. Following this principle today means recognizing that early childhood investments must include healthcare for everyone, nutrition and housing, along with high-quality child care, Head Start and Early Head Start.

Zigler witnessed progress on some of these fronts in his lifetime. Indeed, his fingerprints are probably on much of this progress, both through his own work and that of others whom he inspired and mentored. However, we have much work still to do if we are going to provide all children — especially those from families with low incomes — with the best possible start in life. And when we honor this understanding of the many ways we must invest in early childhood, we will honor Zigler’s legacy.

This story about early childhood policy and development was produced by The Hechinger Report, a nonprofit, independent news organization focused on inequality and innovation in education. Sign up for our newsletter.

Olivia Golden is executive director of the Center for Law and Social Policy. 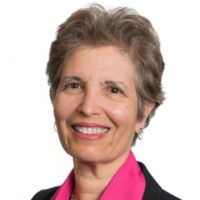 Olivia Golden is executive director of the Center for Law and Social Policy (CLASP). See Archive