In a world where education is supposed to drive the economy, is it possible to be overeducated? Some think that’s the case in South Korea.

In addition to the economic consequences of a glut of college graduates, many also decry the personal, social and financial costs created by a system that creates intense pressure for students to get into a top college. The high performance of South Korea’s 15 year-olds on international tests like PISA goes hand in hand with a last-place ranking on the Organisation for Economic Cooperation and Development’s Better Life Index of adolescents’ self-reported measures of happiness.

Parents also pay a high price for top test rankings. South Korean families spend three times more on education before college than families in the U.S. Much of that spending supports private tutoring. The average South Korean family spends 20 percent of its income on after-hours “cram schools,” or hagwons, with spending starting early. More than 35 percent of 2-year-olds, 80 percent of 5-year-olds and 95 percent of middle schoolers attend hagwons. Accounts of high school students working at hagwons long into the night once prompted the government in Seoul to impose a 10 PM hagwon curfew.

As I learned on a recent visit to South Korea, these problems lead to widespread dissatisfaction with the education system, despite its consistent high performance on the international tests. Politicians and policymakers in South Korea have taken notice of the concerns. But they face the difficult task of trying to reduce the pressure on high academic achievement when performing well on tests and getting into a select college remain deeply engrained goals in the society.

Over the past few years, the Ministry of Education has launched a number of initiatives to try to address these issues. And what began as a pilot effort to create an “exam-free semester” in middle school seems to be taking off. The initiative allows principals to eliminate midterms and finals during one semester of middle school (usually the first semester of 7th grade). According to the Ministry of Education, the exam-free semester aims to enhance the happiness and well-being of students by giving them opportunities to explore their passions and career interests. Starting in 42 schools in 2013, the initiative has been gradually expanded each year, reaching all 3,024 middle schools in 2016.

Related: How does South Korea outpace the U.S. in engineering degrees?

Along with the ban on testing, those I talked to emphasized another central component of the policy: a reduction in the number of hours focused on academic instruction each week. That means that 7th graders only spend 21 hours a week following the national curriculum (instead of the usual 33), with 12 hours a week devoted to activities that expose students to different careers and to skills like playing the guitar not normally addressed in schools.

At the Keisung Middle School in Daegu, for example, they have replaced the main academic subjects with career-related activities on Tuesdays and Fridays. The teachers of the conventional subjects come up with activities, and, in some cases, they turn to parents and members of local businesses to lead classes and talk about their professions and avocations. The teachers also organize field trips and visits to work sites, and the school plans a “career day” in a few weeks, when all 7th graders will spend a full day in one of 35 different job placements.

Despite initial skepticism on the part of many parents, students at the school I visited and nationally have responded enthusiastically. In a 2015 survey of participating students, the Korean Educational Development Institute found that almost 75 percent of students said their relationship with teachers had improved, over 60 percent said their enjoyment of learning had improved, and 50 percent said their stress related to studying had decreased.

Responding to the growing popularity, policymakers decided to expand the initiative into an “exam-free year” for 7th grade in 2017, with pilot programs starting in some schools in 8th and 9th grade as well.

Even with the growing popularity, some South Koreans parents continue to complain that students are losing valuable instructional time that could affect their academic development and their ability to get into a selective high school. Correspondingly, some parents, particularly those in wealthier, higher-performing schools, have responded by increasing the amount of time their middle schoolers spend in hagwons preparing for high school entry tests.

Pointing to these developments, other critics argue that one initiative in one year of middle school can do little to change a system where testing, ranking and academic performance are paramount at every level.

“According to the Ministry of Education, the exam free semester aims to enhance the happiness and well-being of students by giving them opportunities to explore their passions and career interests.”

Nonetheless, the U.S. can take three key lessons from the South Korean experiment.

Second, don’t try to do everything at once. Although the initiative can be considered “small” in the sense that it focuses primarily on one grade level, in only a few years it has grown to reach all 450,000 seventh graders in South Korea.

Third, don’t just hope for the best; put in place a series of interrelated supports that can help “small,” focused initiatives take hold and spread. While there is no doubt that any success of the exam-free semester depends on the work of an already overburdened teaching force, the government provides a small subsidy of about $17,000 for every school; professional development providers and teacher education institutions are focusing on helping teachers develop new instructional methods and career-related activities; and a national website has also been created – the “Dream Pathway” – where businesses and community organizations can register to offer activities and field trips for nearby schools.

Another set of interrelated initiatives seeks to address the test pressure and narrow focus on attending selective colleges. Among these initiatives, the South Korean government is implementing a policy forbidding the use of marks received during the exam-free semes­ter to calculate the grade-point averages reported for high school admissions.

Efforts are also being made to reform the admissions process in higher education, including the implementation of a rolling admissions policy in a growing number of colleges.  In 2016, over 65 percent of students were admitted through this process, meaning they do not have to take South Korea’s College Scholastic Aptitude Test (similar to the SAT or ACT in the U.S.) and are instead evaluated on their high school grades, participation in student clubs, volunteering and school awards.

Although it seems odd to those in the U.S. who are focused on getting more students into college, South Korea has also developed an “Employment First, Advancement to University Later” system to encourage more students to switch from a college track to a vocational track.

The free semester program is both small and ambitious, targeting all students and teachers but only at one level of education. No one I talked to was convinced that the program could achieve its most ambitious aspirations any time soon. At the same time, there is now at least a hope that support for a more humanistic education might find a foothold, and, eventually, begin to spread. South Korean schools are creating a break and an opportunity where everyone can – at least for a year – opt in to a system attempting to reduce the pressures and problems with excessive testing.

This story was produced by The Hechinger Report, a nonprofit, independent news organization focused on inequality and innovation in education. Sign up here for our newsletter

Thomas Hatch is a professor at Teachers College, Columbia University, co-director of the National Center for Restructuring Education, Schools and Teaching and the founder of internationalednews.com. 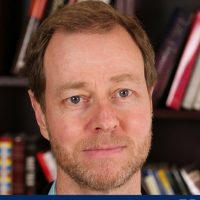 Thomas Hatch is a professor at Teachers College, Columbia University, Co-Director of the National Center for Restructuring Education, Schools, and Teaching and the founder of… See Archive

The Korean system is undoubtedly too narrow, and a healthy change of course should guide youth towards the greater well being to be found, for example, in northern Europe. Nations like the Netherlands attack this problem by establishing multiple streams for youth to channel themselves into, with a minority expected to attend university while the majority are trained for a variety of careers, especially in fields that require polytechnical education. Such a model should improve the quality of life in states both in East Asia and North America, in both of which I have taught, and both of which (but especially Korea) give far too much attention to the multiple choice testing that reduces the variety of skills that young adults carry into the modern economy.