Here in Connecticut, we have been watching closely as Maine experiments with proficiency-based learning.

Known by the U.S. Department of Education and think tanks as personalized competency-based education (PCBE), the model is founded on flexibility, as opposed to the time-and-location-bound work that students will face when they graduate.

Advocacy groups like Competency Works promote a paradigm shift that includes customized schedules. They argue: “Students cannot advance simply by showing up to class on a sufficient number of days and earning a grade just above failing.”

Related: As states push for new learning, some parents and kids feel left behind

I fear that the people of Connecticut are again facing what John Dewey, in 1913, cautioned against: an exclusively effort-driven pedagogy. An emphasis on accumulating homework points sadly substitutes “for pure interest in the subject presented… We get a character dull, mechanical, unalert, because the vital juice of the principle of spontaneous interest has been squeezed out.”

Can schools avoid the temptation to add more screen time to animate students’ lives? Given proficiency learning’s emphasis on adaptive learning, real-time monitoring, technology use and student engagement, it seems inevitable that the answer will be: Forfeit and join the Brave New E-World: screenify, binge, gamify, infotain.

Dewey also wrote that an unduly interest-driven pedagogy, contrary to effort-driven pedagogy, engenders stimulation addiction: “The reliance is upon external attractions and amusements. Everything is sugar-coated for the child, and he soon learns to turn from [challenges].”

Fairfield County, beware: Sugar-coating sticks. “If tests respond to students, rather than students studying to respond to tests, they might not develop adaptation skills,” S4 founder and president Michelle Sagalyn warns.

Here curated from my experiences with parents, teachers and students are some critiques and recommendations for success.

1. Personalization: Making sure that each student has successful study skills and approaches is critical. Teach the secrets of the self-taught and the wise. “Personalized” connotes specialization and atomization, as each individual chooses (or has chosen for him or her by algorithms) a distinct path to the same vague summit of competency.

2. Pacing: Provide a syllabus upfront. This allows mature students to pace themselves as they will in college or in jobs requiring independent work. Students who finish early can manage other household or extracurricular responsibilities, or dig more deeply into subjects that inspire them.

3. Demonstrations of competency: Support portfolios, which are tangible exemplars of work (mostly written or spoken) such as exploratory essays, infographics and recorded clips from a Socratic seminar or podcast. Additional data is a blessing but shouldn’t be the main result on display. “Competency” connotes a bare-minimum mediocrity. “Good enough” isn’t great, in my view.

5. Technology: Conduct judicious experimentation with AI teaching tools, but protect against the (planned?) obsolescence of teachers. Dystopian alarmists envision a Luddite’s nightmare, a Foucauldian Panopticon, of mass surveillance and data collection that will generate a 13-year graph to visualize the academic value of each adolescent, at a time when too much is already judged numerically by likes, subscribers and other social media statistics.

7. Modeling: Be lifelong learners. We must show, not tell.

Finally, as an M.Ed. graduate of Fairfield University, I advocate for a resurgence of the endangered humanities. New England’s frigid spirit of Puritan industry was once thawed by the Transcendentalist hearth of American Scholarship.

I predict these reforms will likely be rejected in favor of custom in Connecticut. “Prudence dictates” here, The Land of Steady Habits, and  The Declaration of Independence echoes: “[We] are more disposed to suffer … than to right [ourselves] by abolishing the forms to which [we] are accustomed.”

Maybe a pedagogical revolution is justified in my state. Our scandalous achievement gap widens, de facto segregation forever festers and Passionate Thought retreats; let’s restore life, if not a love of learning in school.

This story about proficiency learning was produced by The Hechinger Report, a nonprofit, independent news organization focused on inequality and innovation in education. Sign up here for our newsletter. 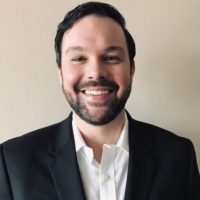