Imagine hundreds of thousands of parents protesting the ways in which schools educate their children.

Now imagine that this protest continues for several years in a row and that it takes place in multiple locations simultaneously.

Wouldn’t you want to know what parents are protesting and why?

New York state is the epicenter of what is known as the “Opt Out” movement. Standardized testing is a common feature in K-12 schooling in the United States, with federal legislation requiring since 2002 that states test virtually all children in grades 3-8 in mathematics and English language arts. But during the past four years, New York parents have actively excluded about one in five students from taking the annual state tests (including 18 percent in the spring 2018 test administration).

Other states have also experienced high rates of opting out. Indeed, in 2016, the U.S. Department of Education warned 11 states that their opt-out rates exceeded five percent. Nevertheless, data from the spring 2018 test administration show that Colorado saw 8 percent opt out in 7th grade and 11 percent opt out in 8th grade; and in Alaska, the state-wide opt out rate is 8.5 percent. Rather than try to understand why parents might opt out of state testing, the federal government simply threatened states that high opt-out rates could affect their federal funding.

Why haven’t we heard more about this? Partly because it’s a grassroots movement without clear leadership or an elaborate organization. Unlike movements such as Occupy Wall Street or Black Lives Matter, “opt out” activism does not take place in the streets. Rather, it is more subdued, and is focused on public schools, which despite their status as public institutions, rarely open themselves up to public scrutiny. Moreover, the movement has yet to form an advocacy arm that calls for specific changes and a reform agenda.

In national surveys of Opt Out activists Nancy Green Saraisky and I conducted in 2016 and 2018, we found concerns that go beyond the narrow features of standardized testing itself. (The national surveys, titled “Who Opts Out and Why” were conducted on social media and websites of Opt Out groups. About 1,600 responses were gathered from 27 states. The study conducted in 2016 was released in August of that year and the 2018 study is expected to be released before the end of the year).* Educators and other activists get involved in the Opt Out movement because they are dissatisfied with corporate education reforms that rely on test-based accountability, and with the increased role of ‘edu-businesses’ and corporations in schools.

These attitudes are also reflected in public opinion polls that have documented skepticism about the importance and usefulness of standardized tests. Educators who encourage parents to opt out do so as a protest about the questionable idea of using students’ performance on standardized tests to evaluate teachers.

“If policymakers were more transparent in crafting the policies that affect schoolchildren, and listened more closely to the concerns of parents and teachers, opting out could be a thing of the past.”

This is a broader set of concerns than the usual explanation that parents opt out as a reaction to the Common Core State Standards or to the pressure that standardized tests put on teachers and students. That’s part of the story, but the general public and policymakers may not yet understand just how broad the opt-out agenda is.

No Child Left Behind and its successor, the Every Student Succeeds Act, sought to test virtually all children in every state as a way of illuminating which groups of children, and of schools, are thriving, and which warrant extra attention and resources. A large percentage of parents opting out of testing could distort this picture. But rather than threatening states and school districts with punishments if the opt-out rate rises above some threshold, we should seek to understand why parents are choosing to hold their children out from testing. What message are they sending, and are we listening?

For many families, public schools are the only game in town. If they are dissatisfied with what they see happening in public education, they may not want to exit the system, or even be able to. But opting out of testing is a way to protest the status quo.

Through participation in the Opt Out movement, parents and teachers are seeking a place at the table. If policymakers were more transparent in crafting the policies that affect schoolchildren, and listened more closely to the concerns of parents and teachers, opting out could be a thing of the past.

*Clarification: This OpEd has been updated with both links to data and the methodology of the“Who Opts Out and Why” surveys after an earlier version omitted them.

This story about the Opt Out movement in K-12 testing was produced by The Hechinger Report, a nonprofit, independent news organization focused on inequality and innovation in education. Sign up here for our newsletter.

Oren Pizmony-Levy is an assistant professor of international and comparative education at Teachers College, Columbia University. 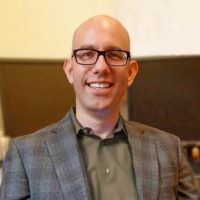 Opting out will likely remain necessary until education policymaking is decentralized in the United States, from the federal to the state governments, and then from them to local education agencies, which will be wise to consolidate their excessively fragmented micro-districts into ones capable of supporting municipal education ministries comparable to those that manage education in cities like Singapore, Hong Kong, and Shanghai, which lead the world in educational achievement. As long as incompetents in capitals are inundated with lobbyists who selfishly distort legislation (such as the "Every Student Succeeds" act) to further their own interests instead of those of our children, American citizens will be right to continue to opt out of state schools, until the latter are allowed to compete on the global basis that those children will have to compete on once they enter the employment market.

As the Executive Director for High Achievement New York, I found the October 18 op-ed on assessment opt outs misleading. Unfortunately, by using opt-out as an example, the author’s important main point about parent involvement is buried at the end of the piece. The fact is, opting out may make noise, but it does more harm than good. When students opt out, districts lose this important information, making it harder to identify which schools need additional support. For example, annual assessments have brought greater visibility to New York’s achievement gaps.

Instead of gaining ground, the “movement” is losing steam—with student opt outs decreasing in New York since 2016. Perhaps it’s because parents and educators are taking advantage of the new federal education law—the Every Student Succeeds Act (ESSA)—to have their voices heard. In a recent survey of education stakeholders [https://forstudentsuccess.org/essa-education-stakeholders-report-strong-engagement/], 81 percent reported having “great or some opportunity” to share feedback on their state’s ESSA plan. Of those respondents, half provided input on their state’s assessment.

Parents and educators should have a seat at the table, but opting out only hurts students—particularly traditionally underserved students. I’m hopeful that, with ESSA, we will continue to see increased opportunities for parents and educators to further voice their opinions in ways that build a stronger education system for all students.