This story also appeared in The New York Times

There is a widespread view in education that poor parents are trouble: They don’t spend enough time reading to children, monitoring their homework, attending school events or helping teachers. Educators, at times, complain bitterly about them, and many policies have been designed to address these issues. With economic segregation in the United States worsening, there is likely to be a growing number of school districts where poor children, and poor parents, predominate.

Yet, economic segregation, which is more pronounced among families with children, also creates public school districts where affluent families predominate. This can lead to trouble in schools, but of a distinct kind. Motivated by a fierce desire to protect their children and themselves from difficulty, and armed with a robust sense of entitlement as well as ample economic, cultural and social resources, affluent parents can trigger conflict and interfere with school districts on a scale that is rarely acknowledged.

We saw this firsthand during the research for our recent study of an affluent school district in the Northeast. We call this district Kingsley, to preserve the anonymity of the interviews we conducted with families and school officials. As of the 2010 census, more than a third of households in the district had an annual income of $150,000 or more, and the median home value exceeded $450,000. More than 70 percent of adult residents had at least a bachelor’s degree, over twice the national average. Kingsley was also extremely successful academically. It was a “destination district,” with average SAT scores nearly 250 points above the state average on the 2,400-point scale.

We started visiting this community — which is similar to places like the Boston suburb Newton, Mass. — to understand how parents decide where to live and send their children to school. After the study had begun, Kingsley administrators began the process of redrawing attendance boundaries for the district’s high schools to balance attendance numbers. Administrators, of course, don’t want children crowded into one school while there are empty seats in classrooms in another. Since they cannot control where parents live within the district, they sometimes reassign certain neighborhoods’ students from one school to another. This provoked an outcry among many of the parents, which we documented.

At no point was there a suggestion, by parents or administrators, that the educational quality of one of the two high schools was worse. However, the reassignment would have increased some students’ travel time, by an average of about 10 minutes.

The reassignment process lasted for almost a year. Once the district began releasing proposals, there were vigorous protests, which led to revised proposals and new protests. We read more than 3,000 emails and letters from parents to administrators and the school board on the subject. We transcribed video recordings of the 18 board meetings that took place during the controversy, including the public commentary at these sessions.

Many of these meetings were held in packed auditoriums, with hundreds of angry parents. At the end of one meeting, parents were visibly distraught. Groups of mothers gathered together, and one was crying as she said, “It is not fair.” Her friend told her, “We will fight it!” Another agitated mother worried, “How am I going to tell my 12-year-old?”

The capacity of the parents and guardians at Kingsley to impede the reassignment process was due in large part to their noneconomic resources: the professional skills and connections they could deploy in a fight against the school district. School administrators found themselves confronted not just by disgruntled parents but by pediatricians, urban planners, public relations specialists and psychologists.

These parents had an extraordinary capacity for mobilization. At one parent meeting we observed, no fewer than 10 committees were formed. When administrators denied parents’ requests for a school-bus ride-along so that parents could time the proposed bus routes, parents — with stopwatches in hand — collected their own data on travel times.

They recruited local politicians to attend their planning meetings and solicited letters of support from outside experts. At school board meetings, administrators found themselves presented with two inch-thick binders full of copies of peer-reviewed studies, meant to demonstrate the shortcomings of the administrators’ proposals.

“Affluent parents are much more likely to sue than poorer parents over special education.”

Although the district ultimately passed and implemented a plan, the process consumed vast amounts of administrators’ time, energy and resources. The superintendent estimated that he devoted 70 to 80 percent of his working time over several months to the redistricting process. At one point, the administration felt it necessary to have law enforcement present at board meetings, after an incident in which a board member was confronted by a hostile resident. The superintendent called the process a “Nor’easter” that damaged the school district’s reputation and diverted his attention from substantive issues, including curriculum planning and supporting students in the transition from middle school to high school.

This kind of conflict between school districts and affluent parents is not unique to Kingsley. Parents protested when their school districts redrew attendance boundaries in Union County, N.C., and they sued in Forsyth County, Ga. On the Upper West Side of Manhattan, some affluent parents of children from a well-funded, overwhelmingly white school bitterly protested a plan to increase racial diversity in schools, despite support for the plan from the parent councils and school leadership. A PTA “donation balancing system” in California’s Santa Monica-Malibu district, in which funds are shared across the district, helped fuel a movement to create a separate, more affluent school district.

There are consequences to this phenomenon of “opportunity hoarding” by well-to-do parents. A number of researchers have described, for example, the various ways that parents, generally upper-middle-class, monitor and scrutinize teachers and principals, which can diminish educators’ authority. Parents who secure their child’s admission to a “gifted” program, despite insufficient test results, undermine the legitimacy of these tests and programs.

Intense parental involvement in schools is not always helpful to children, either. In certain situations, it can lead to higher levels of stress among children and intrafamilial conflict.

In 1932, Willard Waller’s classic work on the sociology of teaching pronounced parents and educators to be “natural enemies”: Parents are concerned for their own children, while educators look to the success of all students.

This is an inherent tension, and one that parents and school administrators should understand better. Controversies can escalate quickly, and unprepared educators sometimes make things worse. Democratic processes are essential in public school districts, but educators should also find ways to listen to parents’ concerns and resolve matters quickly and decisively.

All parents want the best for their children, but a key goal of public education is to create citizens with a vision of a common good. Upper-middle-class parents are understandably anxious about the futures of their children in an increasingly competitive global economy, but not every issue is worthy of a fight. Parents should think about what matters in the long run and reflect on whether their actions might be contributing to greater inequality. Affluent parents bring powerful resources to schools. They should also model thoughtful civic engagement that considers collective, rather than simply individual, benefits.

This story about educational equity was produced by The Hechinger Report, a nonprofit, independent news organization focused on inequality and innovation in education. Sign up for our newsletter.

Annette Lareau is the Stanley I. Sheerr Professor in the Department of Sociology at the University of Pennsylvania. She is the author of Home Advantage, Unequal Childhoods, and other studies.

Elliot B. Weininger is an associate professor of sociology at SUNY College. Topics of interest include children’s time use and the role of schooling considerations in families’ residential choices.

Amanda Barrett Cox is a PhD candidate in sociology and education at the University of Pennsylvania. Her research focuses on how organizations transform and reproduce social inequality. 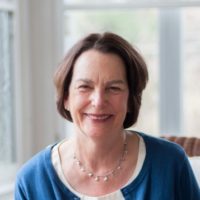 Annette Lareau the Stanley I. Sheerr Professor in the Department of Sociology at the University of Pennsylvania. She is the author of Home Advantage, Unequal… See Archive 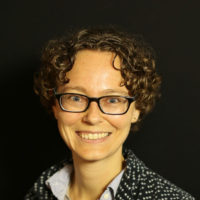 Amanda Barrett Cox is a PhD candidate in sociology and education at the University of Pennsylvania. Her research focuses on how organizations transform and reproduce… See Archive