BRONX, N.Y. – When David Krulwich decided to make a mid-career switch from attorney to math teacher in 2001, he was delighted to find that teaching was a profession he found rewarding and fun. But he was also troubled. Every day he’d teach in a classroom, alone, and at night he’d go home and plan the next day’s lessons, alone. It was his first year, yet his duties were the same as a someone with 10 years on the job.

“I don’t know why we expect brand-new teachers to plan lessons that are going to be particularly effective if they’ve never done it before,” said Krulwich.

Other countries put in a wealth of supports for teachers before they are left in charge of their own classrooms. In Japan, for example, teachers must go through a full year’s apprenticeship with a “master teacher.”

In the United States, by contrast, the period of apprenticeship is often brief. According to a 2017 report from the National Council on Teacher Quality, one-third of states do not require that teachers go through at least 10 weeks of full-time student teaching. Those states include New York and California.

Krulwich wasn’t the only person who thought there had to be a better way. His friend Ken Baum did as well – and Baum was opening a new school in the Bronx, called the Urban Assembly School for Applied Math and Science, where he wanted Krulwich to be the assistant principal. One of the founding principles: teachers shouldn’t have to go it alone. Instead, every day, new teachers work with veteran teachers and administrators to write all of their lesson plans together.

While it’s common for teachers to plan long-term goals or curriculum together, the fact that teachers at this Bronx school plan each individual lesson together is unusual. There is some precedent in other countries, such as Japan. There, teachers participate in “lesson study,” where they work together to design lessons and then visit each other’s classrooms to see how well the lesson is working.

Related: Does every teacher need a coach?

Baum’s school, 13 years later, is sticking to the same system – although he has moved on and Krulwich is now the principal. The idea is to “have an expert collaborate with the new person while they’re doing the most important work,” said Krulwich, whose school serves grades 6 to 12. He points out that first-year attorneys don’t write law briefs by themselves and doctors don’t perform brain surgeries their first year out of medical school. Instead, new lawyers and doctors work on teams with more experienced colleagues.

“I don’t know why we expect brand-new teachers to plan lessons that are going to be particularly effective if they’ve never done it before.”

At one typical Urban Assembly teachers’ meeting, three eighth-grade humanities teachers together discussed a schedule for introducing their unit on World War II. One had seven years of experience, the other four, and another was on his first year of the job. They teach both English and history, so they wanted their students to learn about the Holocaust and then read the memoir Night by Elie Wiesel.

Sam Anderson, a first-year teacher in a striped bow-tie, was struggling to decide how much time to spend teaching kids about the first World War before he moved on to the second.

His colleague Angel Rivera, the group’s most experienced member, told Anderson to focus on finding a main takeaway: “What do kids need to know?” They decided the main concept was how World War I had led to the rise of Hitler. The teachers spent the next hour energetically trading ideas and troubleshooting problems.

“Being able to collaborate and share ideas and then all contribute and come up with this really amazing lesson that we all get excited about is pretty cool,” said Sara Caro, who is in her fourth year of teaching.

Anderson said attending these meetings “allows me to survive my first year of teaching.”

“Being able to collaborate and share ideas and then all contribute and come up with this really amazing lesson that we all get excited about is pretty cool.”

Nationwide, there’s a growing interest in exploring better ways to coach teachers. Denver, for example, has invested in more than 500 teachers who coach fellow teachers. Research has found that coaching is helpful, but difficult to scale up. One challenge to expanding coaching is scheduling; another is that teachers might resent having their colleagues tell them what to do.

How did Urban Assembly find time in the schedule for teachers to meet every three days for lesson planning? The school already had time carved out for professional development sessions, which didn’t necessarily cover the topics that teachers needed the most help on that week. Replacing that hodgepodge of meetings with regular coaching sessions is a better use of time, Krulwich said, because he can troubleshoot problems and answer specific questions about a lesson that’s going to be taught the very next day.

And the meetings stay collegial because there isn’t much of a sense of hierarchy. While Rivera is the lead teacher in the eighth-grade humanities group, he isn’t their boss. He’s not there solely to bestow his experience and wisdom on younger colleagues. Anderson, the first-year teacher, said that everyone in the group contributes ideas and learns from each other.

“Not only do I get to learn from Mr. Rivera and Ms. Caro, but also I feel like a valued member of the team,” he said.

Animated and collegial planning meetings can help make teaching less stressful. And that helps put more focus on the fun part of teaching: discovering how to help kids learn.

“Kids deserve great lessons,” said Krulwich. “They deserve to do things every day that are interesting and challenging and fun.”

This story about teacher coaching was produced by The Hechinger Report, a nonprofit, independent news organization focused on inequality and innovation in education. Sign up for the Hechinger newsletter. 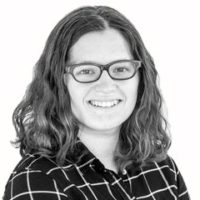