VALLEJO, Calif. — When Sylvan Gallawa, 24, was getting ready to graduate from college last year, he had the luxury of choosing among seven good job offers before eventually accepting one that paid six figures. Most of these job offers came in before he even walked across the stage to receive his diploma.

Stories like this aren’t unusual at Gallawa’s alma mater, California State University Maritime Academy, a small public university in the northern California city of Vallejo that prepares students for maritime careers both at sea and on shore.

Ivy League institutions like Harvard and Princeton have long topped college rankings that look at factors like faculty reputation and academic prestige, eclipsing lesser-known schools like CSU Maritime. But the traditional measures of a school’s appeal could soon change.

Related: Vocational degrees that pay off

Earlier this month, President Barack Obama unveiled the administration’s new College Scorecard, which gives prospective students and their parents information about cost, graduation rates and salaries after graduation. Some critics say the new scorecard uses overly narrow criteria to measure educational quality. But it does give professionally oriented institutions a chance to garner attention for the post-graduation opportunities they provide their students.

92% — Percent of CSU Maritime undergraduates who have a job or are in grad school six months after graduation.

Colleges that train students for specific professions are often considered the red-headed stepchildren of higher education, dismissed as “trade schools” when compared to more prestigious institutions. But as more and more students worry about spiraling student debt and diminishing career prospects, these schools could enjoy a resurgence. That seems to be what’s happening at the nation’s seven public maritime academies, which send graduates to work on large ships in international seas and to shore-side locations with large generators, like hospitals and ski resorts.

“Most of the advertising is done by word of mouth,” said Colonel Richard Mallahan, deputy superintendent of Texas A&M Maritime Academy. “People see that graduates get jobs and want to send their kids here.”

In California, CSU Maritime has seen a similar trend. In the last nine years, the number of applications has nearly doubled. Perhaps the median income earned by the school’s graduates has something to do with it.

Related: Can we really prepare kids for both college and career?

Within 10 years of graduation, the school’s alumni earn a median annual income of $81,000 a year. That’s higher than Princeton ($75,100), the top school in the 2015 U.S. News & World Report ranking. It’s also a little more than neighboring Stanford University ($80,900) and well above the median income earned by graduates of every school in the University of California system, often considered the most prestigious public universities in the state.

“You can graduate from the Academy and the next day be the officer of the watch on a supertanker.”

Steven Browne, a professor of maritime transportation at CSU Maritime

According to director of public affairs, Robert King, CSU Maritime has a 92 percent job or graduate school placement rate within six months of graduation. That would give it a higher job placement rate than any of the other much larger 23 CSU campuses, according to U.S. News & World Report. With an annual in-state tuition of only $10,682, CSU Maritime is also far more affordable than many private institutions. According to the school’s dean of student development, James Dalske, it takes graduates roughly three to five years to pay off their student debt, which averages $25,926. In comparison, the national average for individual student debt in 2015 is $35,000, which some studies have shown takes an average of 21 years to pay off.

The reasons why debt is less of an issue for graduates of CSU Maritime is simple, according to school officials: “The vessels that the students are going on pay very lucratively,” said Dalske. “With overtime, it’s very regular that someone will make six figures in their first year out of school.”

Professionally oriented schools succeed by keeping up with the demands of their industries. At CSU Maritime, the goal is to have students ready to work the day after graduation, professors say. And for that, they say, state-of-the-art training is essential. Students in the two of the most popular majors, marine transportation and marine engineering technology, regularly work with sophisticated simulators that allow them to hone skills like navigating a supertanker through Hong Kong Harbor in all weather conditions and times of day. Engineering students use simulators that mimic the diesel engines they will have to work with on real ships in the real world.

The school also has the advantage of training students for an expanding industry. According to the national Bureau of Labor Statistics, the number of jobs in marine transportation is slated to grow by 13 percent from 2012 to 2022, with about 11,000 new jobs being created in that time to accommodate a recovering economy. This is slightly faster than the average anticipated growth for all occupations.

Related: A new university whose debut probably could not have come at a worse time

But it’s not the right place for everyone. CSU Maritime’s 58 percent graduation rate is above the national average but still well below schools like the University of California Berkeley and UCLA. The school’s relatively small size — 1,200 students and only six majors — means that students have to leave if they decide against a maritime career. “If a student decides that they want to go into education or nursing, they can’t do that here,” said Susan Opp, the provost.

Although the majority of graduates end up in jobs on the high seas, some choose to remain on land as engineers in power plants or in high-rise buildings. “My degree gives me a lot of options,” said Alexander Baird, who is in his final year of the marine engineering technology program. “A power plant on a ship is the same as a power plant anywhere.”

Gallawa, who chose a job with offshore drilling contractor Transocean from the many offers he received, agreed. He said he is qualified to work anywhere that has a back-up generator, which includes hospitals and airports, and venues that are more intrinsically Californian. “When I graduated a year ago, a lot of wineries were trying to hire us,” he said.

“You need good penmanship,” Weinstock said while pointing to an example of messy writing. “The Coast Guard cares about that.”

“My degree gives me a lot of options. A power plant on a ship is the same as a power plant anywhere.”

Hannah Foster, the only female in the class, was the first to take control of the wooden wheel as everyone else split off to different parts of the ship. The class was practicing “man overboard.” One student threw a life jacket into the waves, and they worked together to bring it back on the ship.

“Hannah, you have to make sure you are repeating orders,” Weinstock instructed while two students tried to navigate her towards the bobbing life vest.

Two other students got their pole ready to help fish it out of the water.

“Classes like this are the best because there is so much critical thinking that goes on,” Weinstock said. “They have to synthesize everything from navigation and radar class and use it to problem solve on the real ship.”

It was a hot, sunny day, and being on the water was a nice reprieve from the rising temperatures on land. “It definitely beats being in a chemistry class, not that that’s not important,” Weinstock said.

“We get so much practical experience,” said Gallawa, the recent graduate. “We learn how to work with our hands. I have friends who went to Stanford and Berkeley to study engineering, and I showed them around our ship, and they were like ‘Oh, that’s what a pump a looks like.’ They just know that through their schematics.”

Although professional education is the first priority, students also have to complete general education requirements, said Steven Browne, a professor of maritime education. That includes the humanities and science courses most college students take. Browne says students need those classes so that they can enter the workforce with a broader understanding of the world.

“We want our students not just to be ship drivers,” said Browne. “We want them to be leaders of the maritime industry.”

This story was produced by The Hechinger Report, a nonprofit, independent news organization focused on inequality and innovation in education. Read more about California schools. 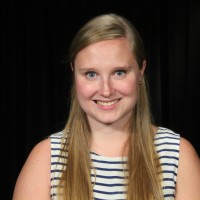