The educational community has been abuzz with the unveiling of two highly touted presidential initiatives, one focused on boys and men of color and the other on community colleges. Last February, President Obama launched My Brother’s Keeper, which is designed to promote promising practices and programs serving males of color that have a demonstrated record of success. More recently, this January, the president announced his groundbreaking plan – America’s College Promise – to make two years of community college free of charge.

Alignment between these two initiatives and the partnerships created by them has the potential for moving the equity needle for men of color and improving our nation’s community colleges. The policy strengths of America’s College Promise and the research-based interventions of those working with males of color can serve as an ideal convergence of policy and practice that can strengthen both movements.

The America’s College Promise plan would provide two free years of a community college education for students who are enrolled at least part time, are making progress towards their degrees, and have at least a 2.5 GPA. This $60 billion effort is intended to bolster access to college for millions of students who may balk at the skyrocketing prices of tuition and fees nationwide.

Related: Free college for all: Why I’m skeptical

While some educators are reasonably skeptical about the likelihood of the plan’s passage, widely shared is the perspective that the Obama administration has reshaped public discourse on our nation’s community colleges.

This is not the first time the administration has used the President’s national pulpit to highlight community colleges. In 2009, the administration proposed the American Graduation Initiative (AGI), which would have provided $12 billion to support community college programs and infrastructure. The plan was later sacrificed in the Senate as part of the strategy to pass Obamacare.

Raising issues that may be unlikely to pass through an ideologically juxtaposed Congress can still produce necessary change, particularly if people find common ground to make political compromise happen. The policy success of community college leaders in ensuring that the failed AGI resulted in at least $2 billion in funds for career and technical education serves as one among many examples.

Related: It takes a community

Unlike Obama’s community college efforts that are policy focused, My Brother’s Keeper has primarily sought to improve outcomes for males of color by leveraging financial support and partnerships from private foundations and organizations to advocate for proven interventions. Though comprehensively focused, MBK’s interventions are primarily educational in nature, addressing school readiness, high school graduation, as well as college-going and completion.

Overwhelmingly, community colleges serve as the primary pathway into public postsecondary education for men of color.

Over the past decade, there has been a growing movement to address the challenges that many community colleges have in facilitating success for men of color. Hundreds of community colleges now have initiatives and programs focused on supporting men of color. In fact, the widespread implementation of these ‘minority male initiatives’ prompted the American Association of Community Colleges to launch a database in 2010 as a means to catalogue some of the efforts taking place.

The motivation for the numerous existing efforts is simple. Overwhelmingly, community colleges serve as the primary pathway into public postsecondary education for men of color. For example, federal data indicate that from 71 percent to 72 percent of black and Latino men begin their academic pursuits in community colleges. However, according to a recent article, only 17.1 percent of black and 15.4 percent of Latino men earned a certificate, associate’s degree, or transferred within three years.

Two key efforts in this arena include the Minority Male Community College Collaborative (M2C3) at San Diego State University and Project MALES (Mentoring to Achieve Latino Educational Success) at the University of Texas at Austin. M2C3 is a national project that partners with community colleges to support their capacity to serve men of color. The organization hosts a National Consortium on College Men of Color and partners with community colleges on institutional-level needs assessments that inform professional development and programmatic interventions. Project MALES operates the Texas Education Consortium for Males of Color, a state-based effort that levies partnerships across Texas school districts, community colleges, and universities.

Obama has made clear that America’s College Promise is not a handout to community colleges or states. Instead, according to the President, to benefit from the plan, “colleges would have to do their part by offering high-quality academics and helping students actually graduate.” Many community colleges are committed to these goals but recognize that they need support in actualizing student success, particularly for underserved students like men of color.

We intentionally support the intersections of these two critical presidential initiatives to call for increased partnerships and alignment of resources and expertise. Research-based interventions and policy expertise can converge in powerful ways. Community college educators seeking to improve access and success will be more effective in levying the expertise of those with a demonstrated track record in working with historically underserved populations, such as boys and men of color. Clearly, the policy strength of community college leaders can also provide systemic support to those working with boys and men of color. Moreover, efforts to address linkages in the postsecondary pipeline for men of color must have an intensive focus on where these men are enrolled — in community colleges. 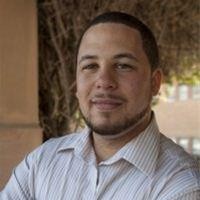