NEW ORLEANS — Can the hyper-competitive, test-driven charter school approach to education reform provide a model for other cities?

According to the “true believers” among the attendees at The Education Research Alliance for New Orleans’s “The Urban Education of the Future?” conference, the answer to this question is a resounding “Yes.”

My definition of true believers is: Reformers who won’t bend on the use of high-stakes standardized testing and the autonomy of their school leaders in order to implement their model with the fidelity that they think they need. They may listen to experts, educators, and families who disagree with them, but they want to be the ones who make adjustments in their schools. At the conference, the ERA produced an analysis of New Orleans’s portfolio model. The model grants great autonomy to individual charter school leaders and, conversely, it can disempower patrons.

Several true believers in competition-driven reforms seemed to acknowledge abuses during the bad old days, or the first seven or eight years after Katrina, but they profess new-found humility. During the last two or three years, they claimed, charter leaders have begun to listen and they deserve a chance to prove that the portfolio system is replicable.

Patrons and educators aren’t in the mood to give non-educators and educators committed to test-and-punish another chance to design and impose a new and improved, less arrogant, corporate reform model.

What the true believers don’t seem to understand is that the jury is in on the test, sort, reward, and punish model of school improvement. Patrons and educators aren’t in the mood to give non-educators and educators committed to test-and-punish another chance to design and impose a new and improved, less arrogant, corporate reform model. As ERA director Douglas Harris said when he described the New Orleans reform principles, they are an “exceptionally intense” example of the reform movement of the past twenty years:.

On the other hand, maybe I’m the one who doesn’t understand. I doubt the social engineers at the “billionaire boys club” plan to accurately spread the carefully worded ERA findings to the press and the public. I expect they will cherry-pick the words that they can spin and characterize them as saying that the portfolio system works, and why it can now be done on the cheap.

So, I should get my one quarrel with the ERA’s findings out of the way. If it was studying a school system that was not totally focused on raising test scores during an era of data-driven competition, there would have been nothing wrong with Harris’s conclusion that New Orleans reforms increased student performance, as measured by test scores, eight to 13 percentile points, which compares favorably with expanding early education. Since No Child Left Behind, however, districts across the nation have reported miraculous increases on bubble-in tests, but test score growth on the reliable NAEP test has mostly slowed. So, I question the equating of those outcomes with the effects of expanding preschool.

Fortunately, the conference’s scholars were very articulate in questioning whether those metrics reflect meaningful learning. When that much money and energy is devoted to increasing a single, primitive metric, those scores can’t be assumed to be a measure of real, enduring, life-changing gains. More likely they also reflect the shamefully low pre-Katrina starting point, post-Katrina demographic shifts, the nation’s third-highest rate of young people out of school without a job, curriculum narrowing, and a focus on test prep and remediation that doesn’t prepare kids for college or life.

The highlights of the conference include Harris’s acknowledgement that post-Katrina New Orleans must be seen within the context of the extremely low starting point, and Mike Stone of New Schools for New Orleans saying that according to his reading of the evidence, even today, fewer than 20 percent of New Orleans students are actually “proficient.” Harris also described the “extraordinary outpouring” of money and talent into the small school system. In the years following Katrina, New Orleans was granted additional $8,000 per student increase in spending and that it still receives an additional $1,000 per student.

Related: How meaningful is school choice in New Orleans, the city of charters?

Andre Perry explained why families (who deserve their share of the credit for the successes that are typically attributed to outsiders who run their schools) often agree with specific reforms, even though they dislike reformers. Perry recalled the “nefarious” behaviors for excluding poor-performing students that were especially common back when he was a New Orleans school leader. He also explained that students who are expelled from “No Excuses” charter schools learn from the experience. They just learn things that are destructive. (I’d say that the same applies to test score improvements. Some undoubtedly result from learning that is valuable and some reflect in-one-ear-out-the-other drills, as testing also teaches damaging lessons that undermine children’s futures.)

American Federation of Teachers President Randi Weingarten said that she was an outlier to the discussion because she represented the 7,000 predominantly black teachers who were fired in mass. Reformers thus terminated five percent of the city’s black middle class. They “used trauma to create new trauma.”

Howard Fuller of Marquette University agreed, asking whether it would be possible for New Orleans to rectify that abuse. Fuller said that blacks have historically seen education as a path up, but that the first black schools were dominated by industrialists and missionaries. The same applies to New Orleans.

We teachers have long said that we welcome reforms that are done “with us, not to us.” Fuller concluded the ERA conference by acknowledging that good was done in New Orleans, but black people have to ask, “At what cost?” Families resist those reforms because “this was done to us, not with us.”

Teachers and families live in a world where we don’t always get everything we want on our own terms. We compromise with others. I would be open to working with true believers in choice in New Orleans and elsewhere if they would compromise and give up the punitive policies that they still defend. I’d be curious if the panelists would agree with me on that.

John Thompson was an award-winning historian and Oklahoma City teacher. He received his doctorate from Rutgers and blogs regularly at This Week in Education, Living in Dialogue, and The Huffington Post.  His book, A Teacher’s Tale, will be released this fall.

This story was produced by The Hechinger Report, a nonprofit, independent news website focused on inequality and innovation in education. Andre Perry will return next week. Read more of his columns. 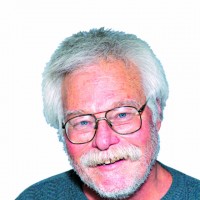 John Thompson was an award-winning historian and Oklahoma City teacher. He received his doctorate from Rutgers and blogs regularly at This Week in Education, Living… See Archive