I arrived on the campus of a small New England College at the start of orientation in August 2006 to serve as its eighth president. More than 60 percent of the students at our non-elite institution were the first in their families to attend a four-year college; approximately 40 percent were eligible for Pell grants.

Before I even got to the office my second morning on the job, three first-generation college students had left school. They had called home the night before and said they were homesick, and their families had come and gotten them. Their families’ own understanding of the initial adjustment period was virtually nonexistent. I saw then that we were going to need to change the entire process by which first-generation students are exposed to and then settled into college life.

Millions of first-generation and low-income students want to get on the education escalator. While much of the recent discussion of educating these students has focused on our nation’s elite colleges and these institutions’ ability to devote more financial resources to these students, those schools simply do not have the capacity to achieve this goal. Even if every elite college in America — say the top 40 — doubled the number of Pell eligible students they enrolled, we still would have millions of Pell eligible students who want to get a post-secondary degree but will not be attending an elite institution. The raw numbers reinforce this observation.

Related: How a little-known minority group illustrates a looming problem for colleges

In the current academic year, more than eight million students received Pell grants. To contextualize, if you take the total enrollment at the 10 largest public universities in the nation, the number of enrolled students approximates somewhere around 500,000. Harvard University has approximately 6,700 in its total undergraduate student body.

“We need to focus our time, our attention and our resources on the Pell- eligible students not attending Harvard or Haverford.”

Assume each of the nation’s top 40 schools had similar enrollments (in reality, some are bigger and some are vastly smaller), and each of these institutions made sure that 50 percent of its entering class was Pell eligible (a fantasy given the current ranges). The result would be that approximately 150,000 – 200,000 low income students would be served by America’s elite colleges and universities.

Do the resulting math: well more than seven million Pell eligible students will get post-secondary education somewhere other than an elite college.

Related: Is Arizona State University the new model for the American university?

For Pell eligible students not attending elite colleges, I believe the issues upon entry to college are harder: The transition is bumpier, the student and family readiness are weaker, and the institutions serving these students are too under-resourced or stretched financially to provide the needed quality systemic support systems. That is why we need to focus our time, our attention and our resources on the Pell eligible students not attending Harvard or Haverford.

During my time as a college president, I learned to think differently and to listen and learn from the experiences of our first-generation students. In these initial weeks and in the years that followed, I came to see that if these students were going to succeed, we had lots of work to do.

We had to rethink the college calendar to minimize early disruptions. We had to restructure courses (e.g. their pedagogy, credit allocations, engagement opportunities) to facilitate learning; we never offered remediation. We had to augment advising and support systems, both academic and psycho-social. We realized, too, that our obligations were continuous – during vacations, in the summers and following graduation.

During my presidency, I kept seeing issues that needed adjustment because of the population we were serving. And, when the number of first-generation students reached almost 70 percent over the next several years, even more adjustments were needed. There are no quick fixes; deep, systemic and systematic changes are needed – a comprehensive approach that is student centered. Yes, the Pell eligible students have to adjust but so too do the institutions that serve them.

“More than seven million Pell eligible students will get post-secondary education somewhere other than an elite college.”

To be sure, we have excellent elite colleges and more vulnerable students should be welcomed there and will be highly likely to graduate from there with a four-year degree.  We also have excellent non-elite colleges that serve first-gen Pell eligible students effectively and efficiently and with growing success, innovation and transformative practices.

As a matter of time, effort and resources, it seems to me we need to focus our money, our media attention and our best practices on those oft-vulnerable institutions that serve the students who need help the most. We need to think about how they can best serve these students.

Related: I’m the first in my family to go to college thanks to a program my school district cut

We know that that donations and grants are concentrated in our most elite institutions. True enough. And wealth begets wealth. But let’s be bold and creative here and think about how we can help those institutions that have the numbers of vulnerable students that, if successful, will enable a closing of educational attainment gaps.

This work may not have the appeal or prestige or uniqueness of helping low-income students accessing our elite institutions.  I get that. But it is work that can improve the lives of those less privileged, increase our workforce and lift – literally – a generation.

That’s valuable work by any measure. 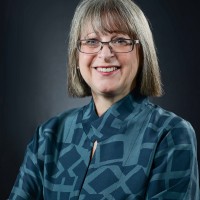