At a time when child poverty is on the rise and the median family income down, the unlikely success story of schools in Union City, N.J. is drawing some attention – and so is the role that high-quality early education may have played in this poor and largely minority community. 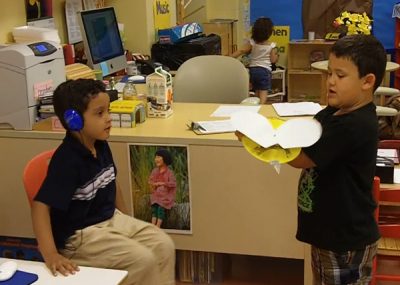 There is no shortage of experts who believe that what happens in the years before kindergarten can make a huge difference in the lives of children. A desire for more federal investment in early childhood education is one reason why experts are anxiously awaiting President Barack Obama’s State of the Union speech on Tuesday.

“Many advocates have been hungering for Obama to do something bolder in the early childhood realm,’’ notes Lisa Guernsey of the Early Ed Watch blog at New America Foundation.

Children enrolled in early education at ages three and four are more likely to graduate from high school than those who did not, a recent study found. A wealth of research concurs.

Obama’s speech comes on the heels of a detailed road map released last week by the Center for American Progress, making the case for high quality pre­-k as the best investment possible. Their plan calls for increasing child care subsidies to an average of $7,200 per child, as well as doubling the number of students in Early Head Start programs.

“Perhaps the most important way in which the president can directly improve the lives of millions of American women and families across the economic spectrum is to make a bold commitment to educate and care for children during the first years of their lives,’’ the report notes.

In a recent story, Joy Resmovits said the White House is considering a plan to create universal pre­-k for about 1.85 million children.

Yet given an expected push for job creation, competing demands and an unyielding GOP, just how far will Obama be willing to go? And will he have support?

So far, the Obama administration has yet to officially release any statement on the president’s early childhood plans or agenda. Stay tuned.