Get our Mississippi newsletter every week

Makenzie, Mariah and Makayla are triplets who, by the age of 13, have created websites, programmed a handheld Raspberry Pi computer and given orders to a small, white robot called Sphero.

The three black girls from Columbus, Mississippi are part of a Mississippi State University program called Bulldog Bytes — an initiative that aims to give girls and teachers hands-on experience with computer science in a state where, according to one measure, just 18 percent of public high schools teach the subject.

Nationwide, girls who take classes in computer science are a minority, and black girls, proportionately, make up an even smaller group.

Because of their exposure in this program since the fourth grade, the triplets are all interested in using computer science in their dream careers.

“I just love doing things with my hands,” Makenzie said. “I love to work with computers.”

Makenzie believes that since the world is constantly changing, she needs to know how to fix things, like cars with advanced electronic technology.

The field of computer and information technology is expected to grow by 13 percent from 2016 to 2026, among the fastest of any occupation, according to the U.S. Bureau of Labor Statistics. If the three sisters decide to stay in the computer science field, they will have the skills for some of the 557,100 new jobs the U.S. is expected to add in these professions by the middle of the next decade. They will also earn a higher wage than the current median annual wage of roughly $42,000 for American women of any color, or the $37,000 median for black women nationwide. The median annual wage for a software publisher, for example, is $140,220, roughly $100,000 more than the median wage for a black woman in Mississippi.

Related: Mississippi lags in computer science, teachers — but it has a plan to fix that

Despite the fact that jobs in computer science are booming, women and African Americans have historically been locked out of these opportunities. In 2018, of the 5,126,000 Americans who held a job in the computer and mathematics field, 26 percent were women and 8 percent were black, according to the BLS. In states across America, especially in Mississippi, the racial and gender gap in the computer-math workforce starts in schools.

Some educators believe that in order for poor, rural states like Mississippi to increase enrollment and achievement in computer science throughout high school, college and careers, they have to find new ways to create awareness of the opportunities computer science can lead to.

Sarah Lee, a co-founder of Bulldog Bytes and the assistant head of Mississippi State University’s computer science and engineering department, said computer science programs need to do three things in order to bring a larger and more diverse group of students into the field: start in elementary school; go out to communities that have a high population of students of color who may not be exposed to computer science; and inspire teachers to incorporate computer science into subjects they are already teaching.

Lee and her team have led middle school and high school residential camps over the summer for the past six years. This year, thanks to a donation from an MSU alumnus, they have expanded the residential camp to elementary school students.

The girls in the program have learned how to use coding language to dodge out of “escape rooms,” program drones and hack into their peers’ robots.

Lee runs the program from the Mississippi State campus in Starkville, but it has expanded to districts in Mississippi that have a higher population of minorities, like Columbus. “We take it where they are,” Lee said. Camps are free to participants, but the number of slots available fluctuates from year to year, along with the program’s funding. Lee said the program overall has reached roughly 1,000 students since 2013.

Related: Fighting for Mississippi’s 5-year-olds, one student at a time

Lee and her colleague Pamela Bracey, who leads teacher development for Bulldog Bytes, believe the best way to help students gain confidence in computer science is by starting with their teachers.

In 2018, of the 5,126,000 Americans who held a computer and mathematical job, 26 percent were women and 8 percent were black, according to the Bureau of Labor Statistics

They use what they call the “Attract-Inspire-Mentor” method — or AIM — to show teachers the relevance of using computational thinking and cyber security principles in classes they are already teaching, such as English and biology. Bulldog Bytes uses a method that draws on all disciplines to demonstrate how computer science is integrated with other careers, Bracey said.

Since 2015, 150 teachers have participated in Bulldog Bytes, Lee said. With help from funders such as the National Science Foundation, Lee and her colleagues plan to reach many more educators soon through online learning.

With steps like these, Mississippi seems to be finding ways to make computer science more available to students than in the past. For Makenzie, Mariah and Makayla the state’s slow progress seems to have made a difference.

This story about computer science fields was produced by The Hechinger Report, a nonprofit, independent news organization focused on inequality and innovation in education. Sign up for Hechinger’s newsletter. 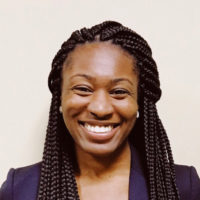 Aaricka Washington is a national education reporting intern who holds a B.A. in journalism from Indiana University and an M.S. from Columbia University's Graduate School… See Archive