The summer of 2012 was a dizzying time for Lori Butterfield, the principal of the Guilmette Elementary School in Lawrence, Massachusetts. A new school year loomed, and Guilmette students were 20 points below the state average in literacy proficiency. The school district had empowered Butterfield, and all of Lawrence’s principals, to make the changes they believed were necessary to improve achievement.

Butterfield was intent not just to boost literacy and math scores at the cost of everything else her students needed. And she wasn’t alone in thinking about it that way. After years of mismanagement, Lawrence schools were in the early stages of a transformation, having been placed into receivership in January 2012.

The receiver, Jeff Riley, had put forth a turnaround plan that included inviting proven charter school operators into the district to take over a small number of the lowest-performing schools, but required that they allow their teachers to be a part of the union and that they operate the same neighborhood schools without a district-wide lottery.

Related: Are American class periods too short for Common Core?

Riley also gave all principals in the district the same set of “charter-like” autonomies, including control over budgets, curricula, schedule, and professional development. Riley was also in the process of negotiating a new agreement around teacher compensation and career pathways with his local teachers union, and the district and union partnership would later be hailed by AFT President Randi Weingarten.

A critical piece of this turnaround effort was Riley’s decision to make each of Lawrence’s 19 elementary and middle schools an expanded learning time school, which involved adding 200 to 300 hours to the annual school calendar of 180 6.5-hour days. Riley gave the principals and their leadership teams the autonomy to determine how much time (200 or 300 hours) to add as well as a full school year to plan the school redesigns. The National Center on Time & Learning, with funding from the Ford Foundation, supported the intensive planning process which engaged each school community in an effort to create a new school design that better met the needs of students and teachers. (The Ford Foundation is also a funder of The Hechinger Report).

Expanded time, and a full year to plan for it, would prove critical for Guilmette Elementary. Through the planning year, the instructional leadership team was able to set instructional priorities for a redesigned and expanded school calendar. The instructional priorities included reading comprehension, experiential learning, and teacher collaboration. Butterfield and her team determined that the only way they would be able to build a new schedule that met those goals would be to add 300 hours across the year.

Guilmette Elementary today has the feel of a new school. With a day that lasts from 7:30 a.m. to 3:35 p.m., it is bustling with activity from beginning to end.

Guilmette Elementary today has the feel of a new school. With a day that lasts from 7:30 a.m. to 3:35 p.m., it is bustling with activity from beginning to end.

To ensure that every student is on track, the Guilmette schedule now has time each day for the “Learning Lab,” where students needing the most help are assigned to the smallest groups; there they receive targeted interventions from instructional coaches and special education teachers. Students who are doing well take part in accelerated studies, like joining small debate teams or learning new math skills. Teachers regularly review student data – the strategic use of data has been another key part of Guilmette’s redesign – to assess students’ progress and regroup them and support them as needed.

These small group interventions are exactly the kind of personalized learning that educators increasingly see as the future. Just as importantly, the dedicated time for intervention preserves a well-rounded curriculum, including science and social studies, for all children, since in the past students who had struggled in reading and math were taken out of science and social studies to receive additional help. This practice represented a compromise that no school should ever have to make for lack of time in the schedule.

Related: How an extended day, other innovations turned a Denver middle school around

With closing the opportunity gap a key component of the redesign plan, Butterfield and her team made sure that students had at least one high-quality experiential learning class each day, like arts or music. The Guilmette’s schedule changed most radically on Friday afternoons when, in order both to expand student learning opportunities and boost teacher collaboration time, third- and fourth-graders take part in enrichment activities at the local Boys & Girls Club.

For two and a half hours, students choose from activities like karate, swimming, arts, dance, and environmental exploration. (Students in first and second grade stay in the school while community organizations come in to run those classes.) While students are engaging with high-quality community partners, teachers are able to have a concentrated block of weekly professional development, where they are able to meet in grade- or content-level teams to review student data and engage in collaborative lesson planning and curriculum development.

Related: Lessons from a school that scrapped a longer student day and made time for teachers

After one year of its redesigned schedule, the Guilmette Elementary School is seeing impressive gains. Forty-six percent of Guilmette’s third- and fourth-graders were proficient in reading in 2014, a ten-percentage point increase over 2013. Sixty-three percent of third- and fourth-graders were proficient in math, a 5-point bump over 2013 – and 22 points higher than 2012 – thus outperforming the state by 3 points; this in a school where more than 90 percent of students receive a free or reduced price lunch and nearly 40 percent are not native English speakers.

It is early yet in the transformation of the Guilmette and Lawrence as a whole; one year of implementation is too soon to declare the job done. But what is happening in that school and district is encouraging. And that is partly due to what they did to get it right: it takes at least a year of careful planning, and it demands involvement and buy-in from school leaders, teachers, parents, and the broader school community.

Today’s Guilmette students will be Lawrence’s civic and community leaders tomorrow. Now we need to replicate that success across the district, state and nation.

Jennifer Davis is co-founder and President of the National Center on Time & Learning and previously served as a deputy assistant secretary of education in the Clinton administration. 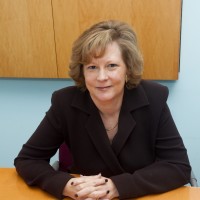