Expanding college access for rural students is a national imperative. It’s good for our communities, our economy and our country. Most compellingly, it’s good for the students themselves.

A reservoir of evidence backs up this claim including new work on social mobility from Raj Chetty at Stanford University and findings by Georgetown University’s Anthony Carnevale on the dire potential consequences of not sending more students to college. There are long-term triumphs like the Lenfest Scholars Foundation, whose board of trustees I chair, which has launched more than 200 rural Pennsylvania students to top colleges in the past 15 years with a 99 percent graduation rate.

And there are the success stories of individual students, like Franklin & Marshall College senior Sheldon Ruby — stories that prove the possible and animate the American Dream.

Related: Six reasons you may not graduate on time

Sheldon hails from the tiny town of Everett, Pennsylvania. Although Sheldon excelled in high school, his background suggested he’d fall into the trap of “undermatching,” a term coined by Stanford economist Caroline Hoxby to describe the 25,000 to 35,000 high-achieving, lower-income students who don’t apply to colleges with the strong financial-aid programs and high graduation rates where they are likely to excel.

But Sheldon was fortunate. In 2011, the Pennsylvania branch of the College Advising Corps placed an energetic college adviser named Stephanie Liederman at his high school, and she opened his eyes to strong colleges that might match with his goals.

At F&M, Sheldon has thrived — earning academic honors, gaining faculty mentors and studying abroad in Indonesia and London. Last fall he won a highly competitive Charles B. Rangel International Affairs Fellowship that will fund his master’s degree and place him in a diplomatic post with the U.S. State Department.

Related: Under pressure, groups that assess colleges promise to take a closer look at graduation rates

Liederman suggested that Sheldon apply to F&M College Prep, a free summer program for 70 rising high school seniors. The program gave Sheldon and also his parents a chance to meet professors and students at F&M. Sheldon entered college with the expectation common in his region, that he support his family. He says this expectation “permeated every part of my college life.”

“Education has the power to draw out the greatness in every human being.”

The first time he missed a class at F&M was during his junior year, when he went to an interview – an interview that resulted in the fellowship.

What do I hear in these reflections of one rural American’s achievement? That we shouldn’t deny aspiration to students who happen to be poor. As a core aspect of U.S. domestic policy, we must strengthen all public schools while making sure that colleges invest more money on financial aid. Every child deserves a chance.

First, give students access to effective pre-college advising. Studies show that personal connections with teachers, counselors or other mentors clear pathways to aspiration. In-school advisers and access programs like the College Advising Corps and College Point help students find the schools that fit their interests, needs and financial resources—all of which increases their happiness and academic progress in college. We need to embrace and expand college advising.

Second, provide pre-college enrichment programs that host high school students on campuses to help them envision their own college learning and life—and show them that they and their families can handle the separation. It doesn’t take much. Even a taste of college life and growth makes students hunger for more, and leads them to set higher goals for high school. These enrichment programs must complement a strong college prep curriculum, which also has a vital impact in cultivating a love for learning in the young.

And third, show first-generation college-goers that we know they can succeed — defining them by their strengths and assets, rather than by accentuating supposed deficits or differences. Sheldon reminds us that rural students’ cultures, families and personal histories are the grist for college meaning-making and can benefit an entire campus. Indeed, his friends and fraternity brothers have often told me they’ve learned from his achievements, mindset, focus, drive, optimism, loyalty and humility.

Related: Who’s fighting for college for the forgotten majority?

Keiran Miller, a second-year college adviser at F&M, called Sheldon’s achievement “a living testament to the work that we all do every single day,” adding that Sheldon is “just one example of students all across the country that we serve, families and communities that we serve, who prove that when you put in enough time, energy, and love, incredible opportunities arise.

Education has the power to draw out the greatness in every human being.

America needs more Sheldon Rubys — and they’re out there, achieving quietly, awaiting expert college advising and the engaged outreach of our leading colleges and universities. 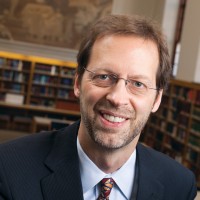 Daniel Porterfield has served as president of Franklin & Marshall College since 2011. Prior to his appointment at F&M, Porterfield served as senior vice president… See Archive