According to the National Center for Education Statistics, the percentage of 3- to 5-year-olds enrolled in full-day education programs has risen from 47 percent in 2000 to 54 percent in 2016. The federal investment highlights the importance of providing children with opportunities to excel.

This includes activities that emphasize exploration and cooperation as well as developing critical thinking skills. Given the nation’s shifting demographics, supporting the needs of students from diverse racial, ethnic and socioeconomic backgrounds is important. The United States cannot maintain its status as an economic powerhouse if we fail to focus properly on basic skills.

For this reason, funding for programs such as Head Start and Early Head Start is important to ensure that all students have the chance to succeed. Since President Lyndon B. Johnson formed Head Start in 1964, the federal government has been involved in shaping early childhood education. Federal funding has helped rural, suburban and urban communities supplement local and state resources.

Despite the federal commitment, the country must examine how to improve support systems for children. Any evaluation of early childhood education should include identifying philosophies that are student-centered. And since 1907, Montessori education has created a space that allows students to learn by exploring their environments.

Related: COLUMN: Rival studies shed light on the merits of a Montessori education

The concepts that shape the approach are rooted in the ideas of Maria Montessori. “Her approach to education was developed based on her observations in conjunction with her background in psychology and her belief that the education of children was the means to create a better society,” says the Association for Montessori International, adding that Montessori “observed children around the world and found that the laws of development she had recognized in Italy were universal and inherent in children of all races and cultures.”

Montessori schools have a distinguished record of placing the focus on a student’s overall development. Last summer, I spent time working closely with new and experienced Montessori educators. I had the pleasure of teaching two sections of a research class through Loyola University Maryland’s Center for Montessori Education.

Related: Will the real Montessori please stand up?

The program brought together educators from around the world to complete requirements for a Master of Education degree in Montessori Studies.

Discussions with students shed new perspective on Montessori. Here are three ideas that the class thought were most important for early childhood educators to adopt:

Early childhood educators could learn a lot from these students. “In today’s educational landscape, I believe there is merit in looking at school from a variety of perspectives,” says Jack Rice, the center’s director. “Montessori education is less a system than it is a reframe, which urges educators to place a child’s natural developmental needs at the center of the conversation rather than curriculum, testing, rubrics or the many other teacher-created activities so prevalent in education today.”

Rice’s comment encapsulates why students who attend Montessori schools are fortunate. They attend schools that focus on the student, with less emphasis on federal and state benchmarks that limit their freedom.

This story about Montessori education was produced by The Hechinger Report, a nonprofit, independent news organization focused on inequality and innovation in education. Sign up for our newsletter.

Larry J. Walker is a lecturer at Loyola University Maryland. 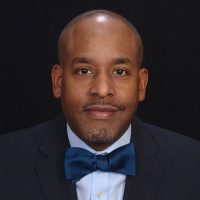