For example, Elizabeth Warren reiterated her education plan’s focus on equity issues: “every kid in America should have the same access to a high-quality public education — no matter where they live, the color of their skin, or how much money their parents make.”

What didn’t come up at “Public Education Forum 2020: Equity and Opportunity for All” is that a part of any educational equity platform should be eliminating the politics that give K-12 public-school parents who know how to work the system preferred access to good teachers. We can liken this practice to clientelism.

In clientelistic politics, a patron (e.g., a school principal) exchanges resources in return for a client’s (e.g., a parent’s) political support. Given its undemocratic nature, clientelism is hidden and denied. Like any other form of political corruption, principal-parent clientelism in our public schools should be condemned, not tolerated. Having a parent who excels at local public-school politics shouldn’t be a precondition for a child to get a good teacher.

Consider former First Lady Michelle Obama’s courageous description in her 2018 book, “Becoming,” of how she unfairly benefited from such politics in her own education. In second grade, she was placed into a classroom with an “incompetent” teacher so that she was “learning nothing.”

Her mother, a PTA leader and “straight-down-the-line realist” skilled at “throwing appreciation dinners for the teachers,” solved the problem by “behind-the-scenes lobbying” to get her daughter placed into a classroom with an adept teacher. In her adult life, Michelle Obama experienced guilt about “the twenty or so kids who’d been marooned in that classroom, stuck with an uncaring and unmotivated teacher.” She knew those kids “through no fault of their own” had “lost a year of learning,” which made her feel even more guilty because she “understood how quickly even small deficits can snowball.”

How common are scenarios like the one in Michelle Obama’s childhood classroom? According to a 2018 Education Next poll, parents rate 15 percent of their local school’s teachers as “unsatisfactory,” which suggests that over the course of their children’s education, parents are likely to face the problem of an unsatisfactory teacher.

In 2016, approximately 90 percent of students were enrolled in traditional public schools (while the other 10 percent were enrolled in private schools or public charter schools). For parents of students enrolled in traditional public schools, there are currently two primary options for solving the “unsatisfactory teacher” problem: speak out to improve the system so that the 15 percent of unsatisfactory teachers are removed from the classroom, or seek to ensure that their own children are in classrooms with the other 85 percent of teachers.

Most parents believe they can do nothing about the problem. Indeed, only 26 percent of parents even vote for local school board members. But some parents, like Michelle Obama’s mother, actively try to solve the problem.

As chair of a state-mandated Citizen Advisory Committee with parent representatives from each of the schools in the public school district in Anne Arundel County, Maryland (573,235 population; 128 schools), I observed that the great majority of activist parents preferred the latter option. These parents were primarily involved in school politics not to win political office but to curry favor with the local school officials who had power over their children’s education.

Here are three potential solutions — the first two based on retaining traditional neighborhood public schools — that differ in how narrowly and disruptively they target the practice:

First, a simple, inexpensive and direct solution would be to have a democratic body pass a self-enforcing rule to remove the class assignment system from principals’ control by giving it to, say, a computer algorithm based on objective criteria such as a gender-stratified lottery. School staff, in the name of fairness, have generally supported lotteries for assigning students to charter schools, but they have opposed such lotteries for class assignment, partly because control of class assignment is one of their most powerful tools for controlling public debate within K-12 schools. Even many famous authoritarian leaders have lacked such a highly local, subtle and effective mechanism for controlling public dissent. This solution tends to be less effective at the high-school level, where students are often divided by ability level (i.e., tracking) and more electives are available.

A second, more disruptive and less direct solution would be to empower parents with meaningful online-based teacher choice. That way, parents in each school wouldn’t have to be pitted against one another in a zero-sum, corruption-inducing game to get the best teachers. School staff often oppose such as solution. For teachers, it represents unwanted competition; for administrators, a staffing nightmare. This solution tends to be less effective for elementary-school children, as face-to-face teaching will likely retain a significant “technological edge” over online teaching for many years to come — with the exception of a few subjects like foreign-language instruction that many elementary schools lack the scale to provide at all, let alone well.

Finally, an even more disruptive and indirect solution is the one most widely employed and debated in the United States: school-based, rather than course-based, choice. With school-based competition, parents can choose a school more to their liking. This solution tends to be less effective in suburban and rural districts, which often have relatively poor public transportation and low population density in comparison to urban districts; parents rarely want their children, especially their younger children, making long and expensive commutes to distant communities for not only school but also after-school activities.

Alas, fixing clientelism within existing American K-12 public schools may be as politically difficult as fixing its many variants in undemocratic countries such as Russia, Venezuela and Turkey. Parents may know that it is in their collective self-interest to rid their child’s school of incompetent teachers. But it is in their individual self-interest to solve the problem for their own child — even at the expense of another child’s education.

If the current presidential candidates really care about solving education inequity, eliminating this type of clientelism should be central to their education agendas.

The president of the National Education Association, Lily García, introduced the candidate forum on educational equity and opportunity with this advice to teacher-union members: “This [election] is the most high-stakes civics test of our lifetime: To decide who is for kids, and who is just kidding.”

Candidates lacking a realistic plan to deal with clientelism belong in the “just kidding” category.

This story about educational equity and public-school parents was produced by The Hechinger Report, a nonprofit, independent news organization focused on inequality and innovation in education. Sign up for our newsletter.

J.H. Snider, a former school board member, writes about education policy and politics. 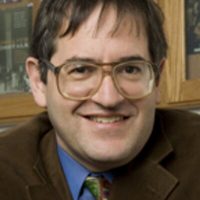