The days heading into summer bring a time of quiet reflection to residential college campuses. Many students are back with their families or on holiday, faculty are catching up on reading and revising papers and administrators are gearing up for the next academic year.

As we do so, we should think collectively about how to facilitate student dialogue across lines of difference, both political and racial. Part of the difficulty on college campuses with inter-group discussion is that many students fear being seen as racist, or as overly sensitive about issues related to race.

The research is crystal clear that race played an important role in the presidential election. Yet interviews with Trump supporters suggest that many, perhaps most, don’t view themselves as racist – and, perhaps more so, don’t want others to view them as such.

That’s because many Americans see being racist — or being accused of racism — as a moral failure.

I heard this fear over and over again in interviews with undergraduates on Ivy League campuses for my new book, The Diversity Bargain.

Even President George W. Bush found it upsetting. He said in his memoir, “The suggestion that I was a racist because of the response to Katrina represented an all-time low … It was the worst moment of my presidency.”

This is one of multiple reasons why pollsters, pundits and even the campaigns themselves were so off in predicting the election results.

Many Americans who said in pre-election polls that they were voting for Hilary Clinton probably went on to vote for Donald Trump.

Maybe they all changed their minds. Maybe it was the involvement of Russian hackers or James Comey.

But perhaps poll respondents did not want to appear racist to the person on the other end of the phone, and they knew all too well that many Americans view supporting Trump as supporting bigoted views.

Social scientists call this “social desirability bias” — that is, survey respondents say the socially desirable answer — in this case that they are rejecting someone who is seen by many as racist — even while they believe or plan to do something else.

This fear of moral failure paradoxically prevents important dialogue about race. We know that when white college students fear that blacks will perceive them as racist they distance themselves from blacks. This is true whether or not those white students are biased toward blacks. I have heard the fear often among the white students I’ve interviewed and taught at elite, Ivy League universities.

“First, get real about race in our schools and universities.”

In the wake of the election, we saw an outpouring of commentary from our nation’s students expressing their frustrations and fears, and also their hope for dialogue. But we haven’t helped them make sense of racial inequality and identity in American society. How then are we supposed to discuss and make progress on issues of race as a community, much less as a country?

We don’t really teach them about the systematic exclusion of African Americans from the American dream. Nor do most know about the genocide of Native Americans by President Andrew Jackson, or that U.S. citizen youth with undocumented parents have to worry every day about whether their parents will be taken away for deportation while they are at school.

Our colorblind approach in school provides no means for making sense of race and consequently, for developing students’ capacity to understand these issues. Some fill that void with talk of white exclusion and oppression, as in the case of those associated with the “alt-right.”

Related: A mother and son go from homeless to college

Others, particularly universities, have replaced this colorblind approach with celebrations of differences and diversity. While this is a step in the right direction, it’s not adequate, either. A view of race that celebrates difference raises awareness of the great diversity in our society. However, it ignores real differences in the lived experiences of groups in our society, and a history whose shadow is long and continues to shape the lived experiences of Americans today in racially distinct and unequal ways.

Once we resolve to get past our fears of moral failure and open the door to frank discussions about race, there are some things we can do to prepare the next generation to make progress on addressing racism in our country.

First, get real about race in our schools and universities. This means acknowledging race differences that are obvious, and speaking clearly about why they may exist. It means teaching young people about the history of race in our country beyond slavery and legal segregation. And in higher education it means promoting diversity not only because it expands everyone’s perspectives, but also because it addresses the historical exclusion of African Americans from many institutions of higher education, inequality in American society and the importance of a diverse leadership.

Second, it means we should send our children to diverse colleges with the expectation that interracial dialogue will at times be uncomfortable, will sometimes make them feel bad about themselves or offended by their peers, and often will be frustrating. But only in this discomfort can we face our differences, stereotypes, privileges, and fears and move forward.

This will take faculty, RAs, residential life staff and other university administrators being courageous about entering into dialogue about race, racism, equity, and justice.

As Americans strive to come together, we can’t allow our fears of being seen as racist to hold us back from talking about race. Now, more than ever, we need to engage in respectful, honest, and meaningful dialogue across racial lines. Universities have an important role to play in this work, because so many students arrive eager to do it, despite their fears of racism.

Natasha Warikoo is Associate Professor at Harvard Graduate School of Education and the author of The Diversity Bargain: And Other Dilemmas of Race, Admissions, and Meritocracy at Elite Universities. 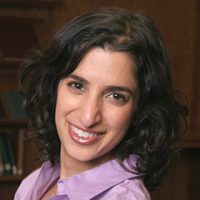 Natasha Warikoo is Associate Professor at Harvard Graduate School of Education and the author of The Diversity Bargain: And Other Dilemmas of Race, Admissions, and… See Archive

We as parents and k-12 teachers spend 18 years teaching our children that they need to respect each other regardless of our differences. That everyone has value as an individual. If they are sent to Universities, you will continue to teach them to celebrate the colors and diversity of others. Unless they are White. Our Universities now believe that White students need to be taught, in a respectful and honest way of course, that even if they live in the family car and eat in a shelter, they are privileged. Yes, because of skin color alone.

Universities are the ones who need to STOP stereotyping people. You use statistical data and twist history to stereotype. It needs to stop.

The percentage of White people in the middle and upper classes is higher then other races, so in your world that equates to ALL White people are privileged, which is ridiculous. During the history of this Country Minorities have been discriminated against, without question. However, during the history of this Country the majority of people who were poor and downtrodden were White. It is true that the ruling class has been mostly White and privileged. But, those making up the underclasses were also mostly White and they did not have many privileges. Our children are no longer taught that the White people of today were not White when they came here. They were Irish, Italians, Spanish, Greeks, etc. All faced hardships and discrimination alone without much help from Government or other "White" people.

Our kids are coming out of college thinking only people with skin shades darker then pink faced hurdles in our history. They are shocked to find out that the homeless include White people. Many think that poor Whites must be the lowest form of humans on earth. After all, they were privileged and they are still poor. Our White kids are self loathing when they can't find a job. They believe they are White and privileged so why can't they find a job?

The Professors at our Universities need to get over their apparent embarrassment of their own privilege and stop blaming their White students for the discrimination and failures of our Nation. If your goal is to teach, then teach to the individual student and NOT to the stereotypes of the students in front of you. You have no idea who those students are just by looking at them. And if you think you do you shouldn't be teaching.