In the storm over how much money the federal government spends on student aid, and the spiraling amount of federal loan debt graduates face, Hillsdale College is an oasis.

That’s because the Michigan school, founded by Baptists, doesn’t let its students take any of that government aid, which comes with strings attached — among other things, requiring that institutions follow federal regulations governing how to respond to sexual assault and banning discrimination based on sexual orientation.

It’s “a matter of principle,” David Whalen, Hillsdale’s provost, said of the college’s refusal to participate in federal financial-aid programs, which fall under what is known as Title IV of the laws that govern higher education. “The regulatory and bureaucratic intrusion that Title IV brings with it gets deeper and deeper with every passing year.”

Whalen said: “As everyone knows, where there is money there is control.”

Related: Some colleges see gay students as a new market

A growing number have been granted, or are seeking, exemptions from the U.S. Department of Education from provisions under Title IX of the laws governing higher education, which protects students from discrimination in housing, athletics, and access to facilities on the basis of such things as gender, sexual orientation, sex or pregnancy outside marriage, or having an abortion.

Thirty-eight colleges and universities that take federal funding have received religious exemptions from civil-rights rules. At least eight forgo the government money altogether and avoid them.

A handful refuse to accept federal funding outright, including federal financial aid for their students, which falls under what is known as Title IV.

Thirty-eight religiously affiliated institutions have received exemptions from Title IX, according to a list released by the Education Department under pressure from Democrats in Congress after the gay rights organization the Human Rights Campaign used public-records laws to help expose the practice. At least 46 others have asked for exemptions, and several of those requests are under consideration. Colleges and universities can get exemptions if they can show they are controlled by religious organizations with whose beliefs Title IX requirements conflict.

These colleges and universities “take taxpayer dollars and seek to opt out from protecting LGBT students and women from discrimination,” said Sen. Patty Murray, D-Wash., one of the lawmakers who demanded that the list be made public.

This process of seeking exemptions has accelerated since the Obama administration asserted in 2014 that transgender and “gender nonconforming” students were protected from discrimination under Title IX, according to Human Rights Campaign.  After that happened, the number of requests for exemptions rose from one in 2013 to 43 last year.

As for the schools that don’t participate in federal financial aid programs, Hillsdale brought new attention to the previously little-noticed practice after it and some other colleges and universities complained they were left out of the federal College Scorecard, released last year, which provides prospective students with information about graduation rates and other measures that they can use to compare schools.

That’s because the only students tracked directly by the government are the ones who participate in federal financial aid programs, putting colleges that forgo the programs at a disadvantage.

In a separate reminder of the link between accepting federal money and following anti-discrimination regulations, the Obama administration threatened to withdraw that aid from public K-12 schools and colleges and universities in states that ban people from using bathrooms corresponding to their preferred gender identity.

“As everyone knows, where there is money there is control.”

“Once you agree to accept federal funds for anything, you have to comply with all federal laws,” said Donald Heller, provost at the University of San Francisco, whose research focuses on educational economics, public policy, and finance and who has testified to Congress about college access and financial aid.

Some colleges and universities preemptively decline it.

Among the other schools that don’t participate in Title IV financial aid programs are Grove City College in Pennsylvania; Christendom College in Virginia; Pensacola Christian College in Florida; Patrick Henry College in Virginia; and tiny Wyoming Catholic College and Gutenberg College in Oregon, which have 150 and 22 students, respectively. At least one Orthodox Jewish institution, Yeshiva Toras Chaim Talmudic Seminary of Denver, also opts out of Title IV, according to documents provided in response to a Freedom of Information Act request filed by The Hechinger Report.

The Princeton Review ranks Grove City as among the least LGBT-friendly colleges in the United States. The New Republic reports that students at Patrick Henry complain administrators there mishandled cases of rape.

By not accepting federal money, these colleges don’t have to comply with federal regulations requiring that they investigate all accusations of sexual abuse; the Campus Sexual Violence Elimination Act, which sets standards for disciplinary proceedings in such cases; or the Jeanne Clery Act, which requires colleges to collect and share information about any crimes committed on their campuses.

“Because they don’t participate in the federal financial aid programs,” said Heller, “they don’t have to report data to the federal government like every other institution does.”

That also includes a breakdown of their students by race or income.

“We pay no attention to that at all,” said Whalen. “From its founding [Hillsdale] admitted students of all races and both sexes, as long as they were willing to do the work necessary to obtain the degree. We consider it a violation of our very founding charter to start collecting data about ethnicity.”

It’s not a matter of discrimination, said Brett McCracken, associate director of presidential communications at Biola University in California, which requested a religious exemption from Title IX but was turned down because its request did not identify a specific religious organization that controls the institution.

“We want to offer the choice to Christian students who want to go to school in a place that believes the traditional things that the Bible and Christian churches have believed for thousands of years about marriage and sexuality, among many other things,” McCracken said. “We want to be able to do our form of religious education in a unique way and we want to hold true to our convictions, and when you get entangled with the government in this kind of relationship it can become messy.”

Grove City College reports demographic and some other information to the government on a voluntary basis, said its president, Paul McNulty. He said that — even though it doesn’t have to — the college also tries to adhere to the principles of Title IX to serve male and female students equally.

“I think a lot of other colleges wish they were in Grove City’s position, because they worry that [government] requirements are going to fundamentally change the direction of the institution,” said McNulty.

“The issue has never been about discrimination,” he said. “We value our independence. We value the fact that we do not have to be subject to the evolving policy initiatives and prerogatives that come along from one administration to the next, and we don’t have to then shoulder the burden of the administration costs associated with those policy initiatives and requirements.”

A bill in California would require religious colleges and universities in the state to disclose to prospective students if they have received exemptions from anti-discrimination rules. A version of the measure has passed the Senate and is pending in the state Assembly.

The sponsor, state Sen. Ricardo Lara, originally sought to make it easier for gay and transgender students to sue those institutions, saying at a public hearing that the federal exemptions give the schools “a license to discriminate.”

Grove City College played an unintended role in helping to establish the link between taking federal funding and complying with federal rules. It won a 1984 case challenging this notion, in which the Supreme Court ruled that participating in federal financial aid programs required only that the financial aid office, and not the whole school, follow federal civil rights regulations.

Congress responded by passing the Civil Rights Restoration Act of 1987 — the Grove City Bill, as it was known at the time — specifying that all areas of an institution must comply with civil rights rules if any part of it takes federal funding. As a result, Grove City College withdrew from the federal Pell Grant program and established a “Student Freedom Fund.”

“The case has really been a key part of our history and has come to represent, I think it’s fair to say, part of our brand,” said McNulty.

That brand is one of independence from entanglement with the government, and it has helped fundraising efforts, said McNulty, who said the school makes up for the lack of access to Pell Grants and federal loans by offering scholarships and access to private loans.

“It becomes kind of a badge of honor that they are independent from the system by which everybody else operates,” said Peter Wood, president of the National Association of Scholars, a conservative advocacy group, and former provost of King’s College in New York City, which only started taking Title IV funding in 2008.

But Wood said the pool of places that don’t take Title IV is very small for a reason: most colleges can’t afford it.

“No matter how mad a college president or a board of trustees may get at the federal government … they don’t have the option of saying ‘No, thank you’ to Title IV funds,” he said. “If they say, ‘No, thank you,’ then most likely the outcome would be bankruptcy within a year or two.”

That’s why colleges that don’t participate in Title IV are often outspoken about it in their fundraising, Wood said.

They also make some other sacrifices.

“If you talk to some faculty they would definitely say there is a price to be paid for independence,” said McNulty. “There is research grant money that our faculty would love to be able to get.” And when Grove City students study at other institutions through exchange programs, he said, administrators do “some careful analysis” to make sure those students are not receiving federal assistance.

Unlike most of our stories, this piece is an exclusive collaboration and may not be republished without permission. 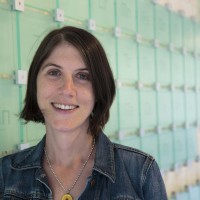 Ibby Caputo is a multimedia journalist and a former MIT-Knight Science Journalism Fellow who has covered health care, transportation, and breaking news as a reporter… See Archive