Schools that serve Native American students have a history of failure. Fewer than a third of students scored above average on math and reading tests compared to peers nationwide, according to a study commissioned by the Bureau of Indian Education. In 2006, the Native American Community Academy (NACA) launched as a charter school in Albuquerque with the aim of increasing college enrollment in tribal communities, partly by incorporating native culture into the curriculum. Last year over 90 percent of the graduating class was accepted into college.

Now NACA founders are teaching others how to start charters with native leaders and curricula that reflect tribal cultures. The NACA-Inspired Schools Network (NISN) has opened six charters in New Mexico, including Kha’p’o Community School on the Santa Clara Reservation — a native community with failing schools and high crime rates.

Our video shows how the model is working. 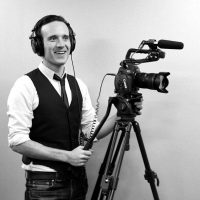 Emrys Eller is a journalist and filmmaker in New York. He makes video and radio about education, health and environmental issues. See Archive