Editor’s note: This story is part of Map to the Middle Class, a Hechinger Report series exploring how schools can prepare students for the good middle-class jobs of the future.

One of the biggest questions facing schools right now is how to prepare students for a labor market that could be radically reshaped by emerging technologies such as artificial intelligence. In a new report from the Economist Intelligence Unit, a research group affiliated with the weekly magazine, many K-12 educators said they want to retool their teaching to match workforce needs but feel limited by meager budgets and inadequate access to technology.

The majority of the roughly 1,200 teachers surveyed (79 percent) said that soft skills — collaboration, critical thinking, communication and creativity — would be key to helping students cope in this unpredictable economy. But “foundational literacies” such as math, science and reading also remain important for preparing students for future jobs, teachers said.

Justin Reich, assistant professor of comparative media studies at the Massachusetts Institute of Technology and director of the MIT Teaching Systems Lab, said in the report that schools need to focus on teaching two “areas where humans have a comparative advantage over computers.” The first, he said, was “ill-structured problem solving, where you don’t know what data you need or what the answer looks like”; the second was persuasive communication.

The vast majority of educators (81 percent) said they must consider the rapidly changing workforce when they teach students.

The report, sponsored by Google’s education arm, was based on a survey of teachers from 16 countries. It followed a 2015 survey of global business leaders, educators and students, which also identified soft skills as among the most sought-after abilities in the modern economy.

Related: Without changes in education, the future of work will leave more people behind

While most educators said they wanted to embrace new teaching approaches in response to changing labor needs, the survey found, they feel constrained in their ability to do so. A majority (51 percent) blamed budget limitations for preventing them from introducing innovative approaches in their classrooms. Other barriers cited were lack of access to technology (27 percent), lack of interest from policy makers (27 percent) and too little teacher autonomy (25 percent).

Teachers in North America were more likely than their peers in Asia, Europe or South America to cite budget problems as an obstacle to innovative teaching.

While most educators favored the adoption of new teaching strategies (85 percent) and technologies (83 percent), perspectives varied on how quickly to roll out these new approaches. Roughly 40 percent of teachers said innovations should be embraced on a case-by-case basis and only if they’d had proven success.

Given the rise of automation — and the threat of a jobless future — teachers agreed that schools must prepare students to refresh their skills, and even reinvent themselves, throughout their professional lives.

Ewart Keep, director of the Center on Skills, Knowledge and Organizational Performance at the University of Oxford, said in the report, “People are going to have to be more self-reliant in thinking how their career is going to develop, how they’re going to invest in their own skills.” 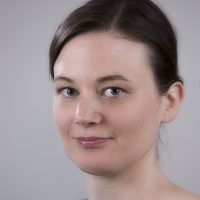