NEW ORLEANS —“Diversity” was top of mind when Angel Carter was applying to schools.

Raised in an African-American enclave in Atlanta, she said, “I would have loved to go to an HBCU,” the acronym for historically black colleges and universities. But college should stretch you, she felt, so Carter chose Tulane, where the student body is 75 percent white.

“I hadn’t had many interactions with white people,” said Carter, now a senior majoring in anthropology and cell biology. “I wanted to work on that: How do I code switch? How do I approach situations with people who do not look like me?”

Research backs up what Carter perceived — that exposure to people with different voices and experiences yields better learning. It’s also a fashionable mantra in admissions offices across the country. It’s bragged about, even marketed.

But as admissions officers judge the means and merits of applicants for the Class of 2023, what should they look for? Diversity matters — intensely and arguably more than ever before — but in the wake of the Harvard admissions trial alleging bias against Asian-Americans, there is no trusty blueprint. Like the country itself, struggling to transition away from a straight, white, male-centered culture, campuses are laboring to find the best way to evolve.

Related: OPINION: 3 ways that colleges can support underrepresented students after the Harvard case

“It just feels like we are in some kind of storm,” said Joyce E. Smith, chief executive officer of the National Association for College Admissions Counseling. “The political landscape is truly affecting our work, our priorities and our consideration for what diversity in admissions has meant in the past and what it will mean in the future.”

“It is a different experience if your parents are teachers versus police officers versus midlevel people working at a corporation.”

James G. Nondorf, dean of admissions and financial aid at the University of Chicago, who wants more diverse diversity

Now, when colleges talk about “diversity,” they are as confused as anyone about what it means. Yes, it is about representing all the usual demographic categories. But it’s also about harder-to-pin-down qualities. Matthew T. Proto, dean of admissions and financial aid at Colby College in Maine, said “we are not actually looking for the perfect student, but the student who brings a certain diversity of thought.”

The quest to concoct a splendid campus mix has become maddeningly slippery. The Harvard case (with a final hearing scheduled for mid-February) focuses narrowly on race and procedural questions about how Harvard assesses Asian-American applicants versus others during admissions reviews. But what’s really on the table is the dicey matter of how diversity gets measured — and, even now, what exactly it is.

Which is more distinguishing: test scores or what you represent? Should a student’s race, socioeconomic status, gender identity, political views, obstacles overcome — their “distance travelled,” in admissions-speak — all be treated as potential forms of merit? How can admissions officers, asked Smith, “be fair when you have all these competing and logical arguments for a place at the table, a place on campus, a voice being recognized and heard?”

A complicating factor this admissions season, she said, is that campuses are worrying that unhappy applicants could trigger “some level of scrutiny or legal challenge for how they admit students.” Some 40 years of case law have set rules for the use of race in admissions, but across the country, college leaders wonder whether they need, if not new rules, new practices.

“It’s hard to argue that race and ethnicity is not important, but it is not the only form of diversity,” said Marvin Krislov, president of Pace University. Colleges, he said, require “people of different viewpoints: religious diversity, urban, rural, economic, public school, private school.”

Krislov was vice president and general counsel at the University of Michigan in 2003 when the Supreme Court ruled in Gratz v. Bollinger that automatically awarding underrepresented minorities 20 points in admissions (out of 100 needed) was unconstitutional, because it “ensures that the diversity contributions of applicants cannot be individually assessed.” Racial bonus points, in other words, overwhelmed the larger goal of picking applicants based on individual qualities and accomplishments.

Yet admissions is always about more than the individual’s record. It matters, said Krislov, “how the person fits in relative to others.” What do they bring that is unique, yet enhances a community? A challenge specific to Harvard, said Julie J. Park, associate professor at the University of Maryland College of Education and author of “Race on Campus: Debunking Myths with Data,” is that Asian-Americans are raised such that “applying to Harvard, it’s in the Kool-Aid.”

That culturally embedded value, she said, means that Asian-Americans are “more likely to throw their hat in the ring whether they feel they are competitive or not.” It creates an applicant pool that is broader for Asian-Americans than for whites.

It can also produce “an underlying sense that a lot of these kids look similar on paper,” said Arun Ponnusamy, chief academic officer of Collegewise, a large private college counseling company, who has worked in admissions at the University of Chicago, the California Institute of Technology and the University of California, Los Angeles.

“We are not actually looking for the perfect student, but the student who brings a certain diversity of thought.”

Ponnusamy, who graduated from the University of Chicago, said many Indian-American and Southeast-Asian-American students like himself “played a lot of tennis, a lot of us played chess and a lot of us were No. 1 or 2 in our class.”

That sameness presents an admissions challenge. Ponnusamy has seen strong candidates (over his career he has reviewed some 7,500 admissions files) sticking within familiar boundaries. Rather than presenting themselves as eager to take risks and wrestle with new ideas, many students seemed to “just want to go to a great school, get a great job and have a nice life.”

Copying a formula for success is “where Asian kids get jammed up,” he said. Yet, such achievement takes tremendous effort, frustrating those who push themselves to check the right boxes only to find admissions more of a crapshoot than expected.

Colleges have created a troubled and contradictory cycle. They tout “holistic” review yet boast about incoming students’ high test scores and aggressively try to increase applications so that they reject more, which lowers acceptance rates, which increases their perceived “selectivity” and moves them up in the rankings. But the greater number of applications (also spurred by the elimination of supplemental essays and application fees, spun as “increasing access”) makes holistic review tougher.

As a result, said Smith, “we don’t have that kind of time any more in admissions offices to give that slow, careful, thoughtful consideration to an application.” And college coaching of applicants means “we are all questioning who is writing the essays.” Admissions officers also have doubts about “the authenticity of the letter of recommendation,” she said, and skepticism about the value of standardized tests; they struggle to parse transcripts from unknown schools. “All of our traditional tools,” said Smith, “have to be reconsidered.”

Related: First-gen students at elite colleges go from lonely and overwhelmed to empowered and provoking change

In this environment, campuses are trying to grasp – and in some cases redefine – what kind of diversity is actually meaningful. James G. Nondorf, dean of admissions and financial aid at the University of Chicago, is one who wants to see more diverse diversity.

His approach? Look differently — for example, by considering students’ parents’ jobs. “It is a different experience if your parents are teachers versus police officers versus midlevel people working at a corporation,” he said. “The incomes might be the same, but the kind of life you lead and the discussions at the dinner table” bring distinct perspectives to campus. “Whatever those applications bring you, you should embrace. If you have lots of kids from Iowa or way more Hispanic or way more kids from London,” he said. “I just let it go.”

He said Chicago also seeks varied political beliefs, enabled by the school’s outspoken stance in support of free speech. “Kids write about it,” said Nondorf, and offer views from “part of the country or a part of the world you might not have heard if you didn’t meet that person.” The quirky application unearths students “who are incredibly witty and funny,” bringing that quality to campus.

“It’s hard to argue that race and ethnicity is not important, but it is not the only form of diversity.”

That works for the University of Chicago. But most schools do not have their pick of applicants. Tulane, for example, is years away from Chicago’s nuance. Before Satyajit Dattagupta became dean of admission in 2016, “race was not considered,” he said. Now, “our No. 1 focus is racial diversity.”

In the past, students of color were admitted but often not awarded enough financial aid to come. Dattagupta shifted some merit aid to need-based financial aid and has aggressively recruited low-income students, even flying some students to the New Orleans campus to visit.

But it’s a balance. Merit aid attracts students whose test scores can boost the school’s academic profile. But offering money doesn’t always work. “We can’t admit someone and assume they will come,” he said. “We are not Harvard.”

Of course, Harvard can make choices most cannot. Yet, diversity draws. “It is a huge part of the quality of the environment” and critical to being competitive, said Michael A. Fitts, the president of Tulane.

Campus racial diversity is “a work in progress,” said Angel Carter, the Tulane senior who is often the only person of color in her classes.

Nonetheless, she became an admissions tour guide as soon as she enrolled. She is now president of the Green Wave Ambassadors. “I want to represent this school,” she said, “in a way that other students of color can understand that there is a place for them.”

Correction: An earlier version of this story said that white students, in contrast to Asian-Americans, apply to Harvard only if they are “very qualified,” which was not the implication intended.

This story about college admissions was produced by The Hechinger Report, a nonprofit, independent news organization focused on inequality and innovation in education. Sign up for the Hechinger newsletter. 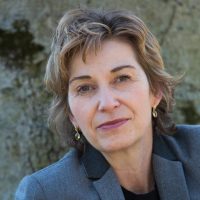