For schools that haven’t yet made technology an integral part of every student’s school day and every teacher’s lesson planning, the problem is often basic: Their Internet connection is too weak and their laptops (if they even have them) are too old to handle whole classrooms of students spending most or even part of their day online. 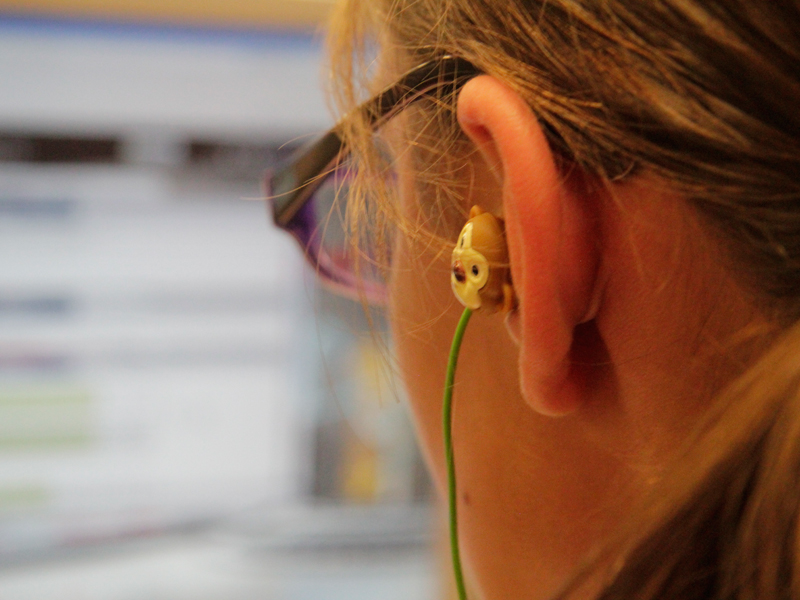 Fewer than 20 percent of teachers say their school’s Internet connection meets their teaching needs, according to the White House. And according to a survey of schools by the Federal Communications Commission (FCC), half of schools and libraries that apply for federal subsidies have “lower speed Internet connectivity than the average American home — despite having, on average, 200 times as many users.”

In some cases, a lack of staff with the tech know-how and skepticism among educators, school board members and parents about whether technology can make enough of a difference to make the costs worthwhile stand in the way. But the main obstacle is money.

Instead of investing in new and better technology, more than two thirds of school districts are cutting back on regular maintenance and replacement of equipment because of budget troubles, according to a survey by the Consortium for School Networking (CoSN), a professional organization of school technology leaders, published in March.

Digital education may be the future, but most American schools are far from ready. Our series examines the national effort to close the digital divide by connecting all American schools to high-speed Internet, and why so many schools still lag so far behind.

The Promise: Digital education is supposed to transform public education, but many schools can’t even get online

The Problem: Instead of getting ready for the tech revolution, schools are scaling back

The Solution: How can schools close the technology gap and how much will it cost?

The survey, of 600 school district technology chiefs from around the country, also found that nearly half said their funding was inadequate to support existing equipment or to bring in new technologies.

John Richards, president of Consulting Services for Education, which conducts a survey of education technology vendors for the Software & Information Industry Association, said last year vendors reported increases in school district spending on technology. But, he said, “one of the things we saw in our survey that actually is a bit worrisome is that overall spending increased, and there was a big increasing in testing and assessment, and in the content areas, but there were decreases in the infrastructure, like school information systems.”

He added that the decrease in “back-office” technology spending was “a bit surprising given what’s going on, and what people have to anticipate.”

At the same time, the average number of students to computers was 12 last year, up from four in 2010, according to a survey by SchoolDude, an education software company. And 30 percent of the school tech officials interviewed said those computers were five or more years old. (The latest federal data is from a 2008 survey; it found that on average, there were three students for each “instructional computer with Internet access” in American schools, and that about 6 percent of schools had computers students could take home.)

But even if they had more equipment, most schools don’t have Internet that’s fast enough for large numbers of students to use it. In a CoSN survey published last year, more than half of districts said their networks weren’t capable of having all students online at the same time using their own computers or other devices.

The goal for the Obama administration’s new ConnectEd initiative is for every school to have a minimum of 100 megabits per second of Internet access within five years. As of now, nearly three-quarters of schools fall short of that benchmark, according to Evan Marwell, CEO of Education Superhighway, a nonprofit that has conducted a national survey of school Internet connections.

And the 100 megabits per second goal is just a minimum. Marwell says that by 2017, schools will actually need 1 gigabit per second to handle the Internet demands of students and teachers. “Only 1 percent of the schools meet that standard today,” he said.

For many schools, the deadline for faster Internet and more up-to-date devices is actually arriving much sooner. By Spring 2015, districts in states that have adopted Common Core will administer new online tests, meaning millions of students will need access to devices and the Internet simultaneously, testing outdated networks and outmoded computers.

“Are they ready? Who really knows. We’re trying, we’re trying the best we can,” said Karen Billings, vice president of the education division at the Software & Information Industry Association (SIIA), a member organization for software companies. “But on that day when a number of kids go online, who knows. They cross their fingers that it will work as well they can. But they know there’s going to be hiccups.”

There’s variation in access to technology across the states. Maine, for instance, began a one-to-one initiative in 2002 and gave laptops to all of its seventh- and eighth-graders and all of its high school teachers.

On a “digital report card” published this year by Digital Learning Now, a group that advocates for more online learning, Maine, along with Wisconsin, Indiana, Kentucky, and West Virginia, earned Bs for the their digital learning infrastructure. The rankings looked at whether all schools have high-speed broadband, all teachers and students have Internet-access devices, and whether the states have met certain benchmarks to ensure effective data use.

No states earned an A, however, and the majority of states, including California, Louisiana, Mississippi, Pennsylvania and New Jersey earned Fs. North Carolina earned a D.

“Today we want hundreds of students simultaneously to be able to access the Internet, each on with their own device. It really it is the equivalent of moving from two-lane roads to eight-lane superhighways,” said Bob Wise, former governor of West Virginia and president of the Alliance for Excellent Education, which advocates for blended learning. “We’re part way there, but we still have great ways to go.”