Yes, the robots are definitely coming for the jobs of America’s 3.5 million cashiers. Just ask the retail workers who’ve already been displaced by automated checkout machines. Robots may also be coming for radiologists, whose expertise diagnosing diseases through X-rays and MRIs is facing stiff competition from artificial intelligence. And robots are starting to do some of the work in professions as diverse as chef, office clerk and tractor-trailer operator.

For most of us, though, the robot invasion will simply change the tasks we do, not destroy our jobs altogether. That’s according to researchers who study the impact of automation on jobs. They also note that, as the spread of artificial intelligence automates the rote parts of our jobs, it will not only force us to upgrade our skills but also free us up to take on more sophisticated tasks. Meanwhile, the education system will have to adapt by focusing on giving people the high-level problem-solving and interpersonal skills that robots may never be able to master.

Over the next decade, at least one-third of the tasks in about 60 percent of jobs could be automated, according to research by consulting firm McKinsey & Company. Globally, the firm estimates that up to 30 percent of current work hours will be automated. Less than 5 percent of jobs, McKinsey says, will disappear completely in that period. Here, we take a look at jobs that, to the extent that workforce and automation research can predict the future, will continue to depend largely on uniquely human skills, thus remaining relatively robot-proof.

Ask us your questions and we’ll investigate.

The most vulnerable jobs are low-skill positions in very structured and predictable settings, such as heavy-machinery operations and fast-food work. Significant parts of white-collar jobs that involve collecting and processing information — paralegal work, accounting and mortgage origination, for example — are also likely to be automated. “The jobs that will go away are the jobs that are routine in nature,” said Joseph B. Fuller, professor of management practice at Harvard Business School. Jobs that don’t require much deviation from a central task, he noted, are the easiest to describe in an algorithm and thus prime candidates for automation.

Benjamin Pring, co-founder and managing director of The Center for the Future of Work

In contrast, robot-proof jobs tend to involve tasks like decision-making and problem-solving, and require a flexible mindset and a willingness to multitask. They’re also likely to require higher education, according to a Georgetown University Center on Education and the Workforce analysis conducted for The Hechinger Report. “For the most part, a bachelor’s degree has a higher probability of giving you automation protection,” said Megan Fasules, an assistant professor and research economist at the center who compiled the data. “So even if my job has a degree of automation, a bachelor’s degree might allow me to have the skills to adapt to changes more easily.”

As artificial intelligence enters workplaces, many jobs will become hybrid versions of earlier jobs. Job roles and skills will mix together in new ways — forcing education programs to adapt as well. For example, Harvard’s Fuller cites the growing demand for registered nurses with specialized computer science skills. “I’ve looked all across the U.S., there is no such education program available.”

Related: Teachers want to prepare students for the jobs of the future — but feel stymied

Workers in all job levels will need to keep sharpening their skills and continuing to learn, according to Benjamin Pring, co-founder and managing director of The Center for the Future of Work, a research unit funded by Cognizant, a tech services company. “If you’re a doctor, you should aim to be an even smarter doctor. If you’re a garbage collector, you should aim to be a smarter garbage collector.”

He says that a more personalized method of education, rather than a one-size-fits-all approach, may do the best job of preparing young people for the future work environment. Whereas traditional, standardized teaching models work for motivated students, they often leave less motivated or struggling students behind, he says. “A more personalized approach, where the performance of each child is improved, will create, in aggregate, smarter people who can thrive in this era in which tools and machines are smarter than ourselves,” said Pring.

“The notion that we can train someone in 2018 for job requirements in 2028 isn’t realistic.”

But there’s only so much educators, and workers, can do now to prepare. “The notion that we can train someone in 2018 for job requirements in 2028 isn’t realistic,” Fuller said. Given the fast pace of change, job training will have to be fluid rather than static, helping people gather the skills to survive as workplaces and needs continuously evolve.

In its analysis for The Hechinger Report, the Georgetown University Center on Education and the Workforce identified 10 robot-proof jobs, in sizable fields that pay a solid middle-class wage. The analysis was based on information from the O*NET Resource Center and the U.S. Census Bureau, American Community Survey, 2016. Job wages and details are from the Bureau of Labor Statistics.

With a median wage of $40,580, this is among the better jobs that don’t call for education beyond high school — especially now that auto shops are well-ventilated, so that fumes and dust are dispersed. And because this job requires technical knowledge plus problem-solving and customer service skills, it has a low risk of automation.

These mechanics inspect and repair the vehicles and machinery used in such growing fields as construction, farming and rail transportation. Employers will hire workers right out of high school, though postsecondary training is an asset. With a median wage of $49,440 and required (and robot-proof) customer service and problem-solving skills and technical know-how, the real downside to this job is that it’s tough, physical and often dirty work.

Industry certification in diesel engine repair, or other postsecondary preparation, is strongly preferred for this job. This is physically demanding work, often in noisy repair shops, and it pays a middle-class wage of $46,360. Because this job requires the ability to troubleshoot, deal with customers and handle sophisticated technology such as engine diagnostic software, it rates low for automation risk.

Line workers install and repair electrical power systems and telecommunications cables. The job requires a high school diploma, technical certification and on-the-job training, and it can be physically demanding and hazardous. Still, because of the degree of customer interaction, complex problem-solving and critical thinking involved in the job, it is relatively automation-proof and pays $64,190 per year.

High school teachers need at least a bachelor’s degree and, to work in public schools, a teaching license or certification. The median wage is $59,170 and, with some variation by region, employment in the profession is expected to grow. While there is the big upside of summer and holiday vacations, this advantage is offset by the reality that teachers tend to work evenings and weekends grading papers and preparing lessons. Due to its highly interpersonal nature, high school teaching ranks very low on the automation-risk scale.

Occupational therapists work in settings such as hospitals and schools to help ill, injured or disabled people build the skills needed for everyday life. Demand for the jobs, which pay an average of $83,200, is increasing rapidly: Employment is projected to grow 24 percent in the next decade. This job requires sophisticated reasoning, strong communication skills and high-level problem-solving and decision-making abilities — making it an unpredictable, challenging and thus robot-proof job.

Special education teachers work with students with disabilities, from preschool through high school, and earn a median annual wage of $58,980. This job requires a bachelor’s degree and a state certification or license. While some special education teachers receive summers and holidays off, many work year-round. The job’s automation-proof skills include the ability to build strong relationships with students and co-workers, modify curriculum based on students’ needs and assess students’ abilities.

Investment in redesigning aircraft to be quieter and more fuel efficient is driving job creation for aerospace engineers. With a median annual wage of $113,030, positions require a bachelor’s degree in aerospace engineering or a related science or engineering field. Workers must possess deep technical knowledge, critical-thinking skills and complex problem-solving abilities, among many other automation-proof skills.

Nurse practitioners and nurse midwives need a master’s degree and a state license, at minimum; they must also pass a national certification exam. The average annual wage is $110,930. As Americans age, this job sector is projected to grow a whopping 31 percent in the next decade. Because this job requires a unique and demanding combination of critical-thinking and social skills and adaptability, it ranks low for risk of automation.

These jobs — in copy and technical writing, book authorship and other fields — pay a median annual wage of $61,820 and generally require at least a bachelor’s degree. While computer programs are starting to produce simple news articles, the overall threat of a robot penning the next novel you read, or the next advertising jingle you hear, is very low.

This story about robots and jobs was produced by The Hechinger Report, a nonprofit, independent news organization focused on inequality and innovation in education. Sign up for the Hechinger newsletter. 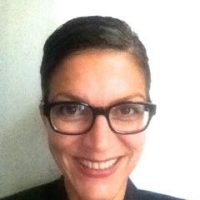 Sarah Gonser is a contributing writer. Her work has appeared in The New York Times, The Washington Post, The Atlantic and numerous other media outlets.… See Archive