This story also appeared in The New York Times

For the past week, America’s fleeting attention span has been captured by the sprawling college admission bribery scandal unveiled by the Justice Department, sparking talk of how untold numbers of the wealthy and famous use fraud to get special treatment for their children, in a supposedly meritocratic system. The revelation of this particular scheme comes at a time when “free public college” has become a central tenet of the progressive left’s platform.

Having a robust higher education plan is now a prerequisite for any 2020 Democratic presidential candidate, and several states have already built public programs that heavily subsidize post-high school tuition. Those developments have come in response to a growing recognition — as the student debt crisis has anxiously trod into trillion dollar territory — that loans often enable students to finish programs but then leave them financially hobbled and unable to fully contribute to the economy.

Less recognized but just as devastatingly widespread is the unaddressed shadow crisis of nontuition costs, like housing, food, books and transportation (as well as child care). These necessities — often rendered ancillary fees by rich or upper middle-class parents who can pick up the tab as their children focus on classes — are rarely covered in even the most generous of states.

The gap in funding has passively created a disincentive for members of working-class communities, particularly those of color, to enter higher education. Those who enroll instead of taking up the stagnant wage work that, ironically, they are told college will help them escape, often risk financial doom.

For lower- and middle-income students “free public college” isn’t truly free if only tuition is taken care of. According to the College Board, nontuition expenses took up over two-thirds of the average budget for community college students in the 2017-18 school year. For many students from humble backgrounds in four-year programs, the cost breakdown is similar. But currently, as a result of largely neglecting college expenses beyond tuition, too many states are generating perverse outcomes regarding who receives public aid.

In 2018, researchers at the Education Trust found that in many states free college policies actually end up providing more resources to upper-middle-class students than more needy ones. A similar study that zeroed in on Tennessee’s community college program showed that about half of qualifying students received no aid at all. Meanwhile, a student from a family earning over $160,000 annually could receive more than $1,400 in state subsidies.

Related: A mother and son go from homeless to college

Odd disparities like this exist because tuition-based programs generally come with a crucial condition: The state will only cover tuition not already covered by other grant aid, like Pell Grants. (Among those zero-dollar qualifying students in Tennessee, 98 percent were Pell recipients.) In a vacuum, this is a reasonable, targeted policy meant to ensure that states with tight budgets aren’t spending unnecessarily.

But in practice, this narrow focus undermines the goal of affordability for all. If low-income students can often manage tuition with federal grants and aid, and living expenses —including the cost of studying instead of working — are instead their problem, shouldn’t states shape policy accordingly?

In Missouri, for instance, the median family income was about $50,000 in 2016, but more than one-third of the recipients of its 2017 community college-based program were from families with incomes over $100,000. There’s nothing inherently wrong with assisting families with pay in that range. Few will deny that two-income middle-class households are feeling squeezed, too.

But if finite funding is the reason these programs are limited in the first place, it seems clear that those limited funds may be better spent reducing the nontuition expenses of lower-income students.

Much of this misplaced prioritization has consequences that go beyond bad optics. According to The Hechinger Report, in 2017 alone, “nearly a million low-income students who applied for and were found eligible for state financial aid for college never received it, because states ran out of money.” The report estimates that the actual numbers are much worse, but that we are largely in the dark because many states don’t keep track of the students they have to turn down. We do know, however, that in 10 states — including blue ones like Oregon and Illinois as well red ones like Kansas — over half of students eligible for state grants didn’t receive them because resources ran out.

In the sphere of four-year education, things are especially dire. The maximum Pell Grant — which provides an invaluable assist for many community college students — now covers, on average, less than a third of the cost of attending a four-year public college or university. In a Darwinian twist, the cost of living is typically only offset only by selective merit stipends, available only for those lucky few who manage to attain scores that outperform advantaged students (who usually have accelerated schooling and tutoring).

A 2018 report by the National College Access Network concluded that the average Pell grant recipient in 16 states and Puerto Rico can’t afford to attend a four-year public college and live on campus, even with grants, aid, loans and working full-time over the summer.

Instead of wrestling with the urgent implications of these realities, debates in policy circles often skip straight to the supposed silver bullet of establishing a universal set of benefits to all students, with no accounting for financial resources — the thin subtext being that low-income people will need the buy-in of powerful upper-middle-class parents before education funding policies can be passed by legislatures and win sustained support among voters.

But states — which cannot, like the federal government, print money — have unique fiscal constraints that limit the possibilities of universal programs. And while Congress could solve everyone’s woes with sweeping universal legislation, that’s unlikely to pass any time in the foreseeable future. Altogether, it means there are real distributional trade-offs that must be made.

The Century Foundation explored this dilemma and found that free college programs, including those in states like Oklahoma that targeted low-income students, did not just survive but even grew in the face of a recession, despite other state-level cuts. The 2018 Ed Trust analysis also showed that college subsidy policies in Maryland, Oklahoma and Indiana, which targeted low-income students, better benefited students of color.

The wide uptick in tuition-support programs over the past decade is something to be celebrated, not overlooked. They’ve already helped partially close the gap. But we’d also be wrong, as a society, to not see the holes embedded in that progress that can still be addressed.

“In many states free college policies actually end up providing more resources to upper-middle-class students than more needy ones.”

A bill announced by Senator Brian Schatz, Democrat of Hawaii, earlier this month proposes a state and federal partnership to provide debt-free college tuition for all, but it also prominently features support that goes beyond tuition for students who need it. It will stall in his Republican-controlled chamber, but its generous, genuine consideration of living costs can still serve as a blueprint for states.

This spring — even as we congratulate those students opening their acceptance letters with glee — we can’t forget those young people who get in, but won’t be proudly posting their letters online, for no reason but the size of their parents’ bank accounts. That thought will remind us that we have to do more than tell children that anything is possible if they work hard in school. We’ll have to ensure that’s actually true — for all of them.

This story on college access and affordability was produced by The Hechinger Report, a nonprofit, independent news organization focused on inequality and innovation in education. Sign up for our newsletter.

Tiffany Jones is director of higher education policy at The Education Trust. 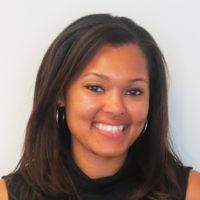